I don’t know if it’ll make it to its full release in October, but DDreams Games’ The Angel Inn is gunning to reach a broad audience of PC gamers come this fall when the Adults Only title drops onto the Steam store… assuming it doesn’t get banned.

The developer is racking up followers and wishlist aficionados leading up to the game’s release, giving gamers an opportunity to discuss and view some of the game’s imagery and content before release. You can check out the Steam store page right now to see the trailer, scope out some screenshots and read up on the description of the game.

So what is The Angel Inn about? Well, it follows an adventurer who takes a rest stop at the Angel Inn before departing on a grand adventure. As the only male guest at the inn, you’re able to spend a little time with three beautiful girls, getting to know them for four days before you head out on your big quest.

You can get an idea of what the art and the girls are like with a 45 minute demo that was uploaded by Kusk24.

The visual novel features multiple choices and routes, with a special epilogue that allows players to unlock three interactive bonus chapters if the player is able to reach the true love ending. 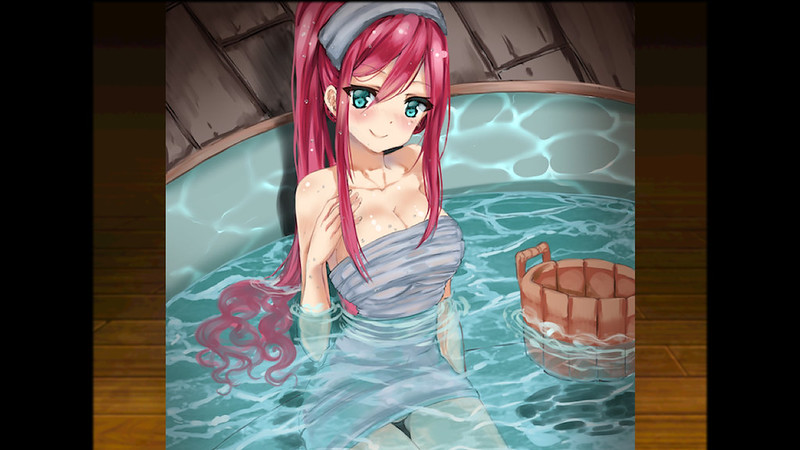 Again, I’m shocked that this visual novel is out and open about its H-content. We all know how dangerous that can be when attempting to launch your game on Steam. Heck, Taimainin Asagi was banned just a short while ago, and the given reason was because of “young” looking characters, as reported by Sankaku Complex.

Even still, we’ll see if Valve will allow The Angel Inn to release uncensored on Steam or if they’ll pull the rug out from underneath DDReams Games like they’ve done to so many other developers in the past. Hopefully all will go well and The Angel Inn can avoid ending up on the Waifu Holocaust list.

We’ll find out if DDreams has escaped the Taste Police when October 24th arrives.