Koei Tecmo and Gust’s Atelier Ryza has turned out to be a real blockbuster seller in Japan for the Nintendo Switch and PS4. The game has reportedly moved more than 150,000 copies in the land of the rising sun.

Gematsu picked up the news from a report over on the Wall Street Journal, where they noted that the game’s pre-orders outpaced all previous entries in the two-decade long running series, and that it had the fastest selling launch week in the history of the Atelier franchise.

Keep in mind that this is only in Japan.

YouTuber “YellowFlash did a report on the fast-selling game, as well as how hate forums like ResetEra couldn’t get Gust nor Koei Tecmo to bend the knee to the outrage occultists.

There were some of the typical busybodies and art police who attempted to shame the developers for giving the women thick thighs, curvaceous bodies, and huge boobs, but real gamers didn’t bite the bait or fall for that anti-feminine nonsense. They indulged their desires and purchased a game that fulfilled an oftentimes forgotten niche of artistic expression: that thick thighs can save lives.

It appears as if that proved true for Atelier Ryza, which went on to move an impressive amount of copies during its first week on the market in Japan. 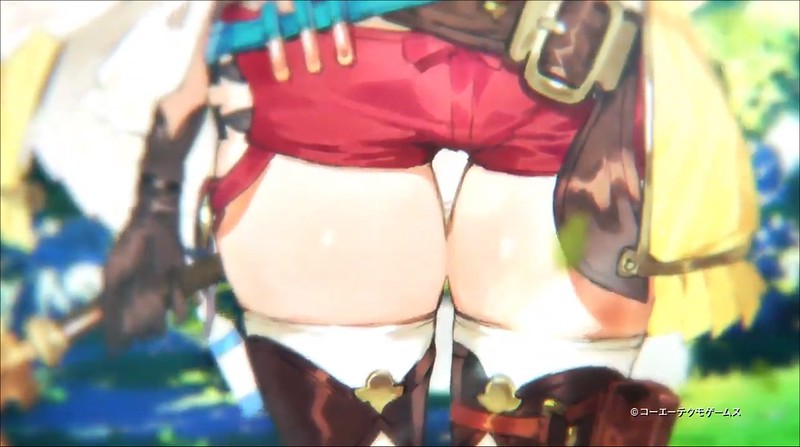 The game isn’t scheduled to head to America until October 29th, 2019 at the end of the month for the PS4 and Nintendo Switch. Atelier Ryza will also launch worldwide on Steam for PC starting October 29th as well, followed by a release in Europe starting November 1st. So we should see a sizable influx in total sales once the Western chart trackers start releasing their data in early November.

However, based on how well the game is selling in Japan, it seems safe to say that sex still sells, especially when it’s attached to a game with fun gameplay, inviting visuals, and attractive main characters.

(Thanks for the news tip AssSalter and Mugen Tenshin)