The Rotten Tomato scores for CW’s Batwoman series aren’t healthy at all… on the viewer side. The critics are predictably showering the show with praise because lesbian lead, Ruby Rose, is playing a lesbian super hero. However, even with the critics heaping praise on the show, CW has gone the extra mile in releasing new trailers and hiding the old one s that were heavily downvoted by fans.

In our original article from back in May, you can no longer watch the original debut trailer for CW’s Batwoman. The video is now set to private, negative comments, massive downvotes, and all.

If you attempt to visit the link to the trailer you’re now met with the following message. 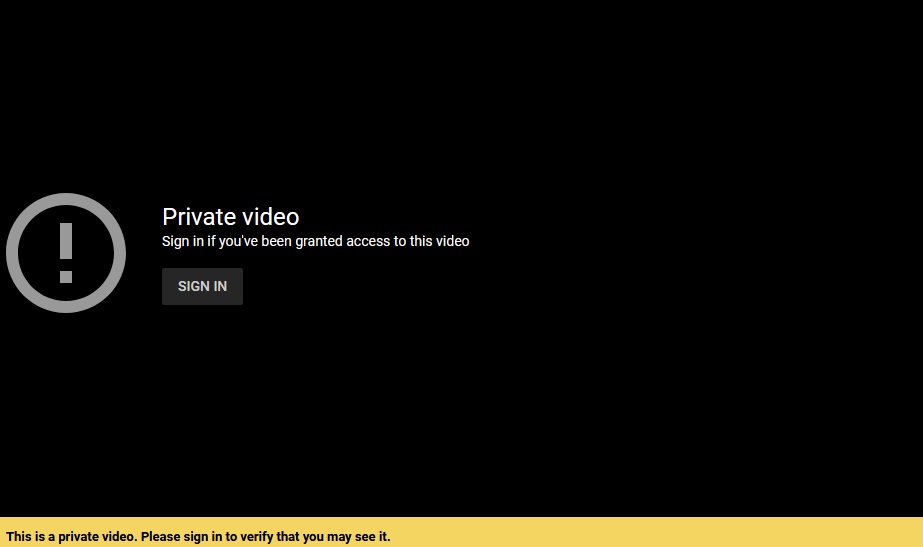 The video no longer appears in the CW Television video list, no matter how you arrange the list.

As noted by Twitter user Chris_Ceee, it wasn’t just the debut trailer that they removed. The “Tattoo Trailer” was also taken down, along with the “Exclusive Look” video.

All the ratio’d trailers are now hidden… pic.twitter.com/SiTZ2KWTVx

CW did keep up some of the other promotional videos for Batwoman, including the “Rules” trailer, where Batman’s unlikely and highly unrealistic servant does a poor job of keeping Kate out of the Batcave.

That trailer was originally posted up on September 15th, 2019. It, too, was also hit with quite a few downvotes, but not nearly as many as the original debut trailer and follow-up trailers from back in spring and summer.

You can check out the comparison below between the downvote ratio of the original debut trailer and the “Rules” trailer.

CW also followed that up with a more recent trailer they published on October 7th, 2019 titled “Power”. It’s basically the same as the debut trailer but truncated in runtime, focusing only on the core plot while using color aberration to give the show a comic book look.

They also cut down and cut out a lot of the feminist dialogue, only leaving in the comment about making the suit fit a woman.

They’re obviously trying to cut down and cut out the negativity surrounding the show, but it may already be too late, since they blew their load on all sorts of Social Justice lingo leading up to the show’s debut and all throughout the initial trailer.

CW is also likely trying to stifle some of the negative reactions by pumping out new trailers and hiding the old ones to coincide with the media’s flagrant attempt to make the show seem good.

For instance, you can see that between Batwoman and Todd Phillips’ Joker, it’s quite obvious which one the critics are rallying against and which one the fans hate. 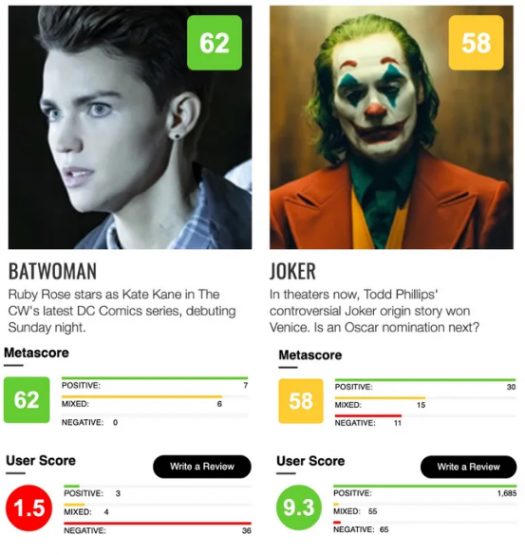 There’s a steep dichotomy between the two, and the Rotten Tomatos scores don’t look much different.

If you visit the Rotten Tomatoes page you’ll see that the first season of Batwoman currently has a 71% fresh score by the critics, while the user review score sits at a 14% rating. 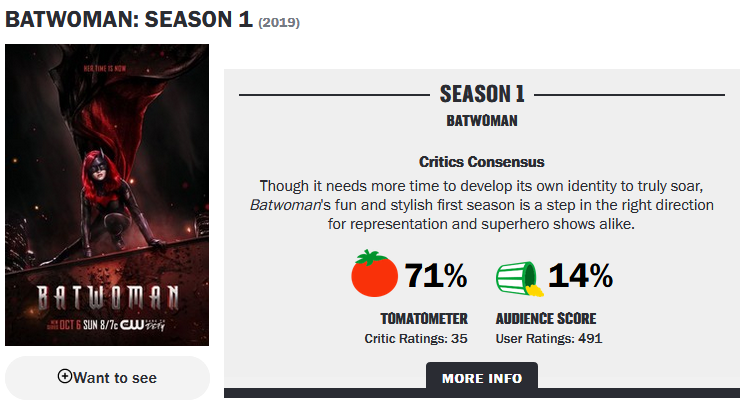 It’s pretty obvious at this point that critics are just activists pushing Establishment propaganda at every turn, no matter how bad it is.

Corporations are now trying to hide how bad the general public hates their propaganda, attempting to reorient the perception that people have of their failed attempts at indoctrination.

It also doesn’t help when the lead actress from the show, Ruby Rose, decided to undermine the issues people had with the show by claiming that those who didn’t like it were just “old white men”, with Cosmicbook.news highlighting a quote from an interview Rose had with Glamour, where she said…

We’ll see if Rose can maintain that level of hubris once the ratings start to drop.