Koei Tecmo revealed the new revival set via a trailer, which showcased a handful of the bunny costumes for the female cast of characters. The pack contains 16 costumes in total, but unfortunately they aren’t available for Kula Diamond or Mai Shiranui.

You can check out the promotional trailer for the DLC below.

The trailer isn’t very encouraging at all. In fact, the costumes for the characters are all quite underwhelming.

Most of the outfits see the girls in some kind of shorts or lower coverage when they aren’t wearing the one piece bunny suits, while the others who are wearing leotard thongs are also wearing jackets or something to cover up their backside so you don’t get a full view of their jiggly butt.

It’s the complete antithesis of what one might consider to be a content constituent of boner culture. 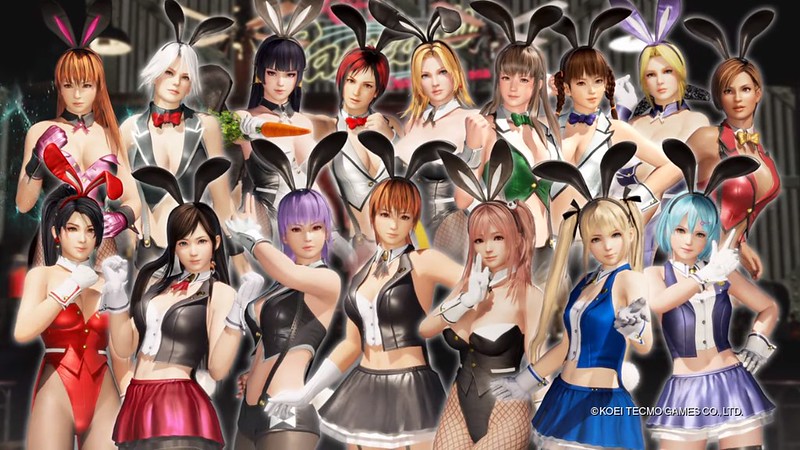 Basically Koei Tecmo is reviving old DLC for the newest game and charging $19.99 for the main pack. Alternatively, you can purchase any of the individual bunny suits for $1.99 each.

They have plans on releasing two more [Revival] Series sets separate from the Season Pass 3 content. It’s all one huge cash grab.

None of the DLC has been all that impressive. Most of it has been lame or uninteresting. The swimsuit DLC was a huge letdown, with almost none of the sexy swimwear from Dead or Alive Xtreme 3 making it into the DLC pack, and the granny-panty summer dresses was another disgusting letdown. I mean, who wants to look at hot chicks in granny clothes? Come on, man. What do we look like to you, incels?

Anyway, Dead or Alive 6 and the latest bunny DLC is available right now.