For everyone who has been paying attention to Sony’s censorship policies for PS4 releases within the last year and a half, you will have noticed that plenty of games have seen their fan-serviced modified or scaled back compared to what it used to be. One game that appears to have been affected by these policies is Cygames and Arc System Works’ upcoming anime-themed fighting game for PS4, Granblue Fantasy: Versus, which replaced Zeta’s tiny panties for some unflattering spats.

The revelation came via the latest trailer for the game, which introduced gamers to both Zeta and Vaseraga.

You can check out the two minute trailer below, courtesy of GamersPrey.

You may have noticed that during Zeta’s introduction when the camera gave us that shot from down between her legs, you could look up and very clearly see that instead of wearing the usual underwear, she’s rocking the typical thigh-length spats. 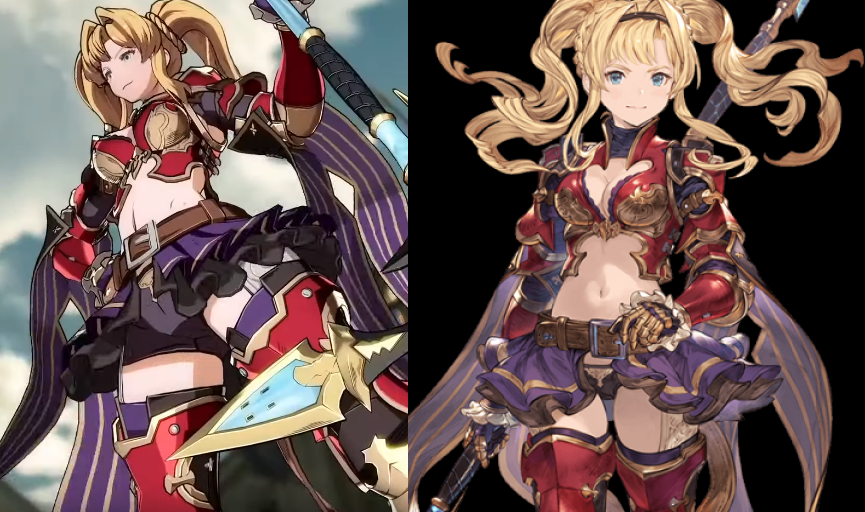 This is a travesty. A pure mockery of art.

Not only did they give Zeta spats, but the brief glimpse of skin between the top of the hem and the bottom of the belt buckle also appears to be covered, meaning you don’t get a brief look at the exposed lower abdomen where her uterus would be located.

In the full image you can see that the panties hook around the lower gluteus medius, giving you a full scope of her thighs. 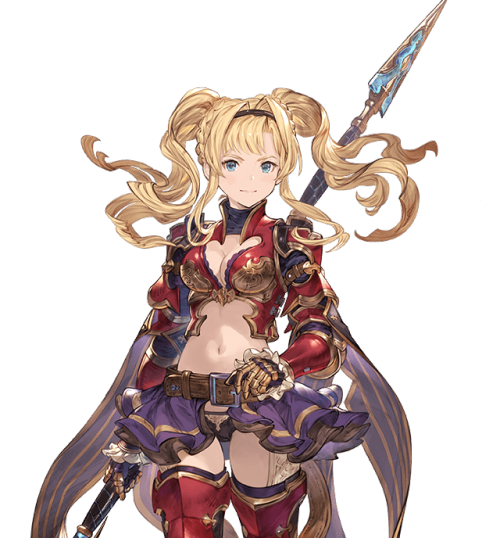 Notice that Zeta in Granblue Fantasy Versus is wearing spats that come all the down to the upper gluteus maximus, so that the exposure of her thighs have been limited and the panties are no longer as high cut as they appear in the original artwork or how it appears in the Rage of Bahamut card game.

This is very similar to the sort of censorship that Tifa underwent in Final Fantasy VII: Remake, where they gave her those unsightly spats at the behest of Square’s Ethics Department. 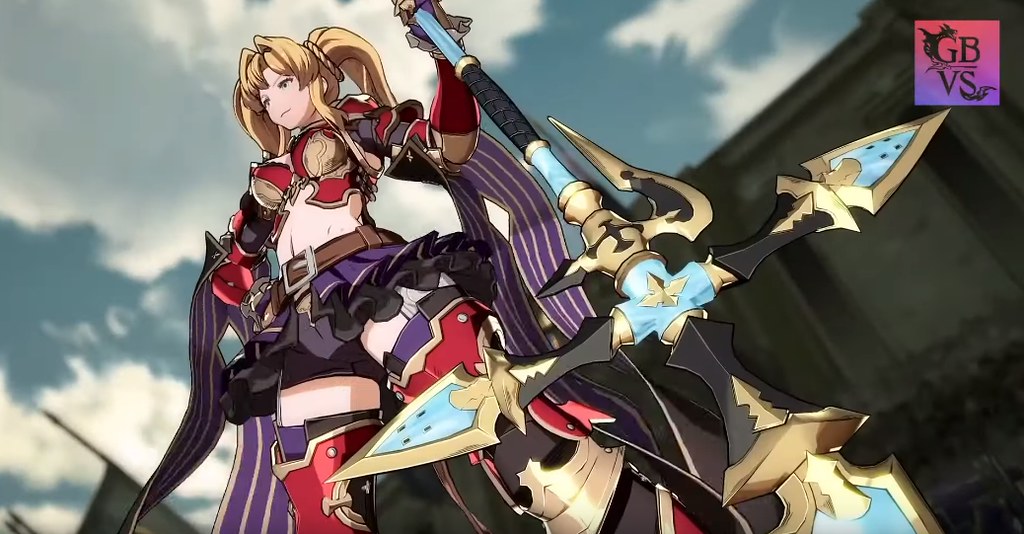 In fact, in the censored version of Shadowverse they didn’t even go so far as to give her such prudish coverage. They opted instead to censor Zeta’s card in the game by bringing the hip-furbelow all the way around her pelvis to create a micro-mini skirt instead of putting her on spats. Even still, the censorship is unwarranted, but not nearly as egregious as what Cygames pulled off in Granblue Fantasy: Versus.

You can see the comparisons below showcasing the different levels of censorship poor Zeta has undergone in order to accommodate Western prudes.

As is typical from the crowd over on Reddit, they were quick to justify the censorship because this is what the media has taught them; that whatever changes a character undergo that gives them more coverage, it’s a good thing, it’s okay, it’s fine, it’s all right.

You can read some of the justifications for censorship via an archive of the Granblue Fantasy sub-reddit, but it will do little more than boil the blood that pumps righteous freedom through your patriotic veins.

Everyone knew that Granblue Fantasy: Versus would not be forfeited from its duty to succumb to Sony’s censorship policies. We saw it slightly with Metera during her trailer, but the change to Zeta is even more obvious, and the covering up of her thighs is a clear indication that Cygames and Arc System Works are bowing to creative pressure, either from above or via self-censorship to avoid having to face any kind of directives from an ethics committee or one of Sony’s censorship officers.

(Thanks for the news tip Moochant)