Team Fortress 2 competitive player “Nursey” has been banned from various communities and leagues for child grooming. Nursey plays a Medic for the Froyotech team, according to the Liquipedia. The team has yet to comment on the allegations, however many think that Froyotech will end up dropping Nursey soon.

The allegations first surfaced in a thread over on the TeamFortress.tv forums by user tambo on October 5th, 2019, who brought up how anytime discussion about Nursey’s child grooming was mentioned in a thread it was censored by the moderators. Tambo attempted to bring awareness to the issue by noting that there was mounting evidence that Nursey was a child groomer.

Later in the thread, on October 6th, 2019, Lemmy42 provided additional evidence of the allegations, posting multiple links of sexual conversations Nursey had with underage individuals. 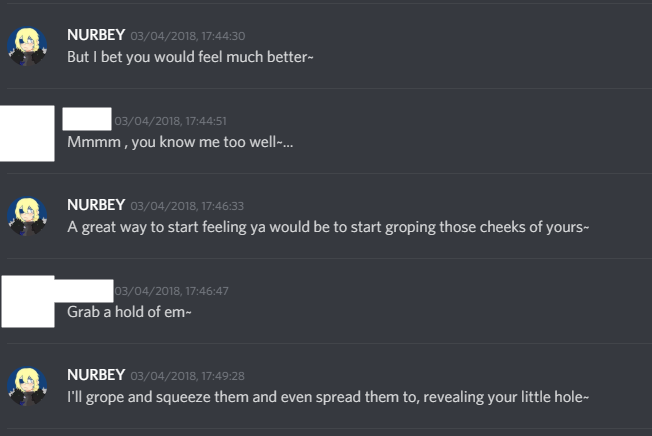 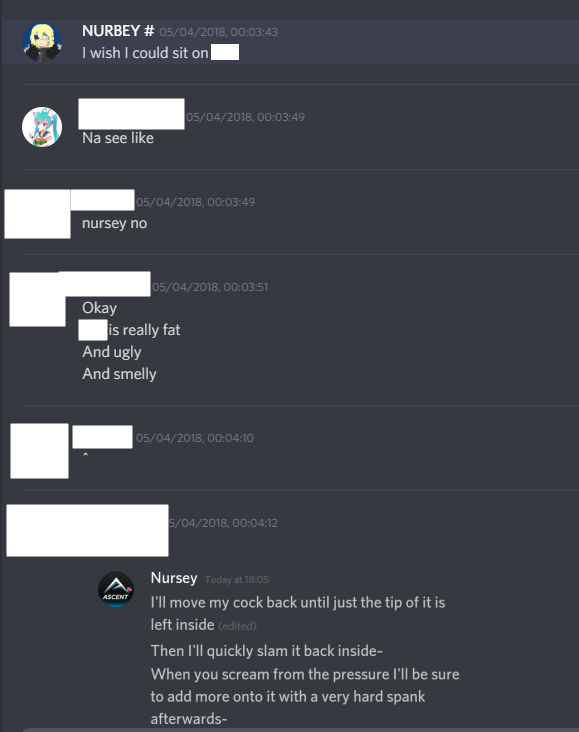 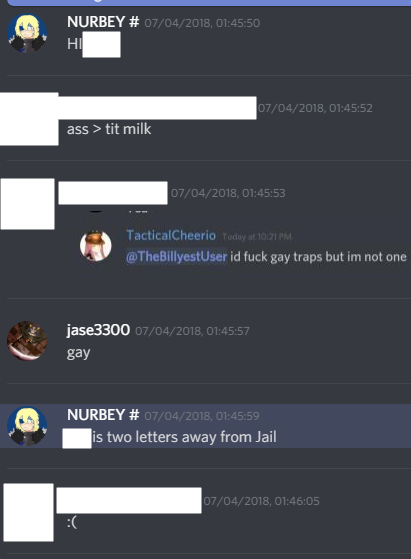 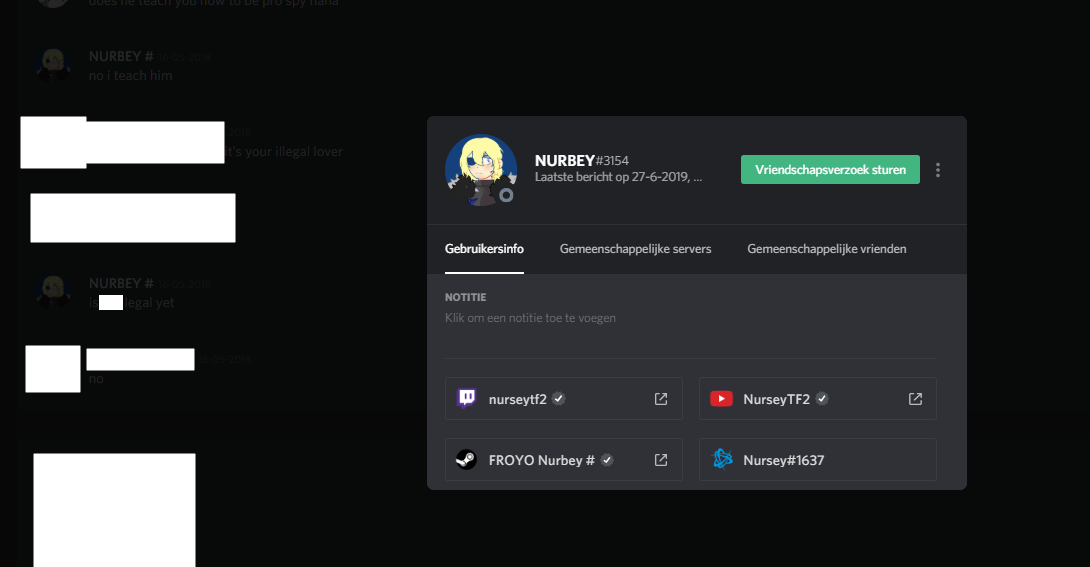 In response to this, various leagues and organizations banned Nursey, including ChampGG and UGC.

ChampGG, the organizer of the community, made a post on Twitter during the afternoon of October 6th, 2019 to inform the community that they were investigating off-platform misconduct, and later on in the day they announced that Nursey had been banned.

Recent allegations of improper off-platform conduct have led us to suspend the admin privileges of the person accused while we conduct an investigation.

Based on the information we have collected, we have decided to remove the individual from our staff and ban them indefinitely from our platforms. https://t.co/i42tJiiZTq

While ChampGG avoided naming names, there are replies in the thread that informs the community who they’re referring to.

This was accompanied by the UGC community organizer also announcing that Nursey was banned from UGC, doing so in the thread outing Nursey’s behavior titled “Have A Seat”.

As mentioned at the top of the article, Froyotech has yet to comment on the bans or the news surrounding Nursey. However, some people are already speculating that the team will drop Nursey soon.

First thing that comes to mind is Froyotech, though they have gone about lineup changes in the past and still remain on top. There’s no way Nursey will remain on the team, she’s already been immediately banned from several leagues meaning that Froyo simply can’t be with her in it

And I’m certain he isn’t the only person to believe such a thing. Now that a case has arisen where a trans person is a pedophile, a well known one at that, I feel it will cause more people to attack the trans / lgbtq+ community. I hope it doesn’t come to that though. (2/2) 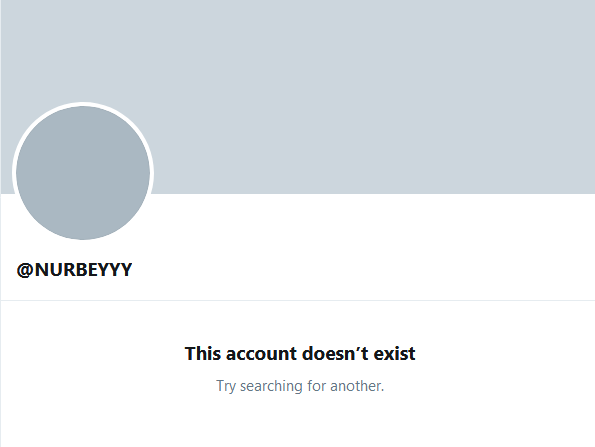 An archive is still available of Nursey’s account leading up to the news being unveiled on the TeamFortress2.tv forum.

Nursey responded to the allegations by making a post on Discord and attempting to deflect from the claims in a video clip from Twitch.

The Discord message was a bit longer, appearing on the evening of October 6th, 2019, where Nursey wrote…

“There are rumors going around I am a pedophile, that I prey on minors, and etc. These are untrue. However, it is true that I have made a few terrible decisions, and my mistakes have led to some very bad things.

“I am an extremely sexually active person, especially online. I made a terrible mistake of interacting inappropriate with a few people under 18. At times I was reckless and was unaware of the age of the people I engaged in these conversations (only to learn later and cease any inappropriate behavior), I admit that there was one situation last year where I knew someone was underage but still proceeded to have sexually charged conversations with them. At the time I rationalized it that since it was only a text conversation that it wasn’t a big deal, but afterwards I did realize that is not a good enough reason to do what I did, and that it was wrong. Since that situation last year I have never made that same mistake again.

“To be clear, I never solicited or exchanged nudes or sexually explicit photos with anyone underage. I never forced them to do anything they didn’t want to. Most people who have been my partners will tell you I will always ask for consent, if what I am doing is okay. Of course, that doesn’t change the fact that I made the mistake of not asking for people’s age. After the last incident, I always asked since then. I do not prey on minors. I learned to care a lot more. I haven’t made this mistake since the last time, and will never again. I learned my lesson already. I am willing to suffer any consequence people seem fit. I have been banned from RGL for the foreseeable future, and I will take whatever else needs to be dished out. I am not a pedo, I do not prey on minors, and I will work even harder everyday to be a better person than I ever have. I have been seeking professional help for a while now, and I will continue to do so. I apologize to everyone I have let down. I will remain silent further on this matter.”

Kevin Spacey also made similar comments when allegations of sexual misconduct surfaced against him back in 2017, which resulted in him being suspended from Netflix.

As for the thread on TeamFortress.tv, the mods proceeded to lock the thread and suggested that if anyone had relevant information to forward it to the UGC/RGL admins and contact the appropriate authorities, with gemm writing…

“Though we don’t want to stifle discussion on this there’s currently nothing constructive being added to the thread.

“Not many mods were available to keep an eye on this (posting it late pacific time didn’t help) so sorry the discussion got off track. Retroactive bans will probably happen.

“We may unlock it in a day or two, and if we do don’t post unless you can actually contribute to discussion.

“Friendly reminder that if you spend time out of your day to harass, dox, stalk or threaten anyone then you’re a bad person. There’s proper ways to deal with stuff like this and those aren’t one of them.

“UGC/RGL admins Reno and Steph have asked for people to directly send information regarding anyone […] and if you have concrete evidence you’re able to report it to the relevant authorities.”

At this point we just have to see how Froyotech responds to the controversy, and whether they will stand by Nursey or opt for a ban.

(Thanks for the news tip anon)