Gust’s Atelier Ryza: Ever Darkness and the Secret Hideout was always going to be ripe for some sweet, sweet mods, thanks to the waifu material and modder-bait present all throughout the game’s marketing material. So to no one’s surprise, you can actually get your hands on some of those super sexy mods right now, which have become available for owners of the PC version of the game. Sorry, but Nintendo Switch and PS4 gameers are fresh out of luck this time around.

Sankaku Complex picked up the news from some threads on the forums and tweets on social media from modders making headway with the game.

The first mod is available from Japanese modder moderchan, who made a mod where you can play as some of the characters from Atelier Ryza without any pants on.

The mod not only removes the characters’ pants, but also adds a visible camel toe to her panties.

Some English speaking gamers have had a tough time getting the mod to work properly, but redrum777 from LoversLab.com managed to put together a compilation pack to make it easy to install the mods, while also adding in an additional lewd mod you can download from Mediafire.com.

You’ll need to unpack and copy over a series of files from the zip into the main folder for Atelier Ryza. If you’re unsure which files to copy over and how to copy over the files, there’s a brief tutorial offered by over on the first page of the thread on LoversLab. 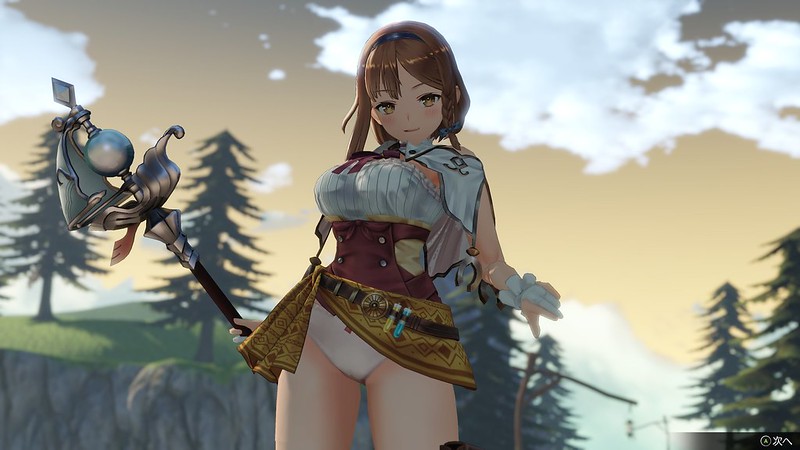 There have also been a few transparent shirt mods, but some of the tweets that had the links have mysteriously been deleted.

On the upside the mod scene is still taking off so you can very readily expect even more lewds to pop up once modders start getting familiarized with the texture and mesh work and start importing their own flavorful collection of attire (or lack thereof) for Koei Tecmo’s recently released JRPG.

You can pick up a digital copy of Atelier Ryza right now for PC over on the Steam store for $59.99.