It starts with little things. A minor slip of censorship with a license plate for Bache. A “glitch” or a “bug” here and there that mysteriously censors other loading screen art. Then there’s the ever-creeping presence of regional censorship. And finally, there’s the outright admission to censorship because the staff simply didn’t like how sexy the artwork was. That’s where we are with Azur Lane.

After silently removing the Halloween contest artwork from Vietnamese artist Piukute062, the English staff responded to the growing concern and inquiries from gamers asking about the removal of the artwork by saying that it was too “inconvenient” for gamers to play in public via a Discord statement. This is despite the fact that the community voted for the art to be in the game as a special loading screen during the Halloween event for Azur Lane.

Certain members of the Reddit community and elsewhere began concocting a conspiracy that the art was removed because Piukute062 “manipulated” and “cheated” during the contest to buy votes. This conspiracy gained traction as a cover to downplay the fact that the Azur Lane English staff were converged and censored the artwork.

YouTuber Hero Hei managed to cover the controversy in a video that delved into all the details and nitty gritty surrounding the situation.

Most people who exercised any modicum of common sense asked for proof of Piukute062’s wrongdoing and was presented with none. This led to more people asking if the real reason for the removal of the artwork was due to puritan censorship or vote manipulation.

After being pressured further for clarity on the removal of the artwork, the Twitter staff finally replied on November 4th, 2019 with the following statement. 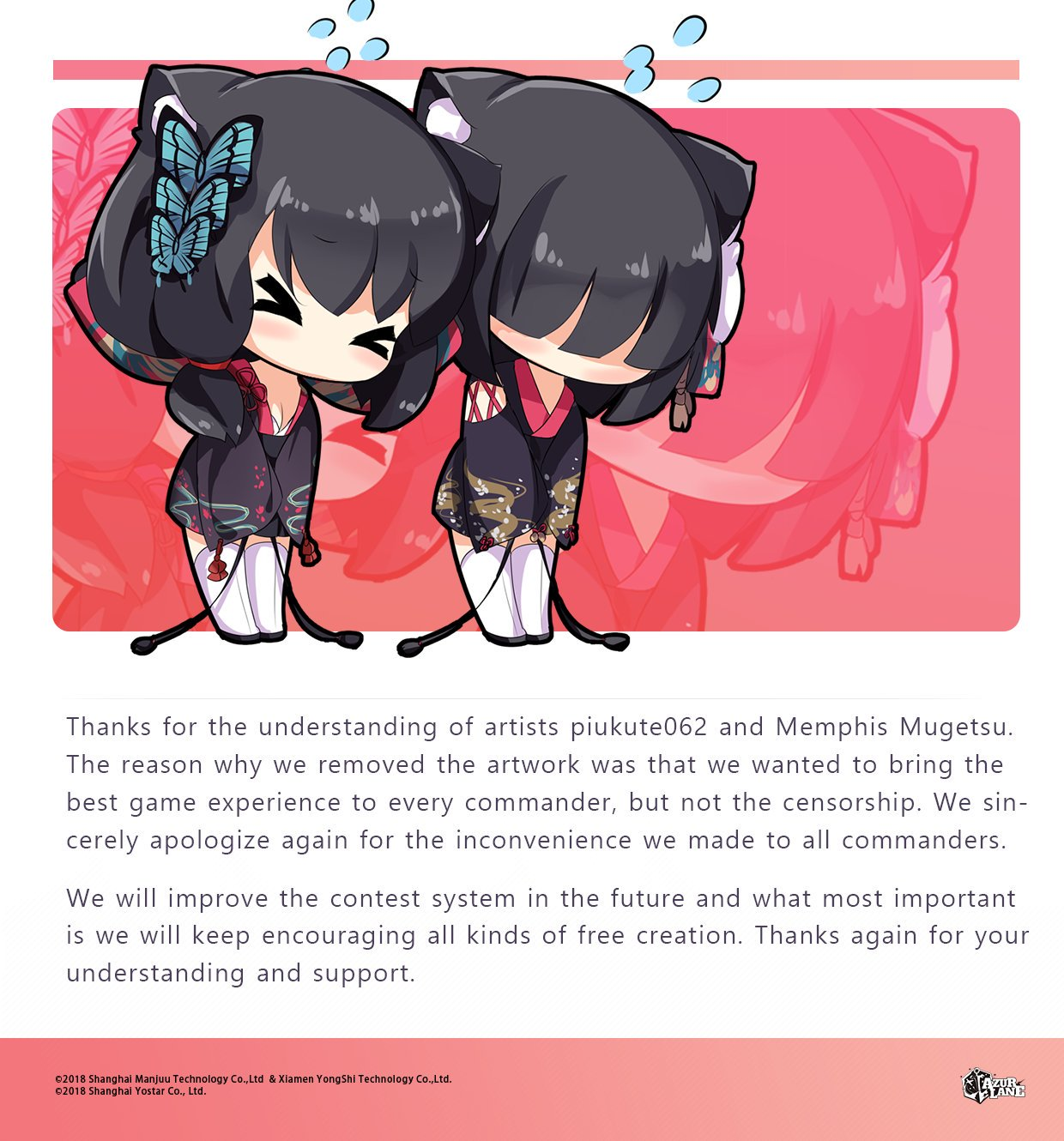 If you’re unable to view the message in the tweet, the staff wrote…

“Thanks for the understanding of artists piukute062 and Mepmhis Mugetsu. The reason why we removed the artwork was that we wanted to bring the best game experience to every commander, but not the censorship. We sincerely apologize again for the inconvenience we made to all commanders.

“We will improve the contest system in the future and what most important is we will keep encouraging all kinds of free creation. Thanks again for your understanding and support.”

The removal had nothing to do with the conspiracy being floated around by the people who were trying to mitigate the criticisms of censorship off of the English staff for Azur Lane, and everything to do with them simply not liking the overtly sexy artwork from Piukute062.

The artist, however, was gracious in the removal of the artwork, and put out a statement acknowledging the removal and thanking fans for their support.

#アズレン #AzurLane
Hopefully, you can continue supporting the game, and if possible, my artworks in the future.
The story is ended. pic.twitter.com/HAT2LHZFzR

This is literally the slippery slope that real fans were afraid of.

Now that censorship has taken hold due to those who complained about Piukute062’s artwork, we’ll likely see these tactics applied again in the future whenever the troop of the perpetually offended get triggered over some of the artwork.

Once censorship takes hold, there’s no getting rid of it and we’ll likely see more of it happening in Azur Lane, henceforth.

For those of you who enjoyed Piukute62’s artwork, you can follow him on Twitter, or check out the original Halloween art that he submitted below. 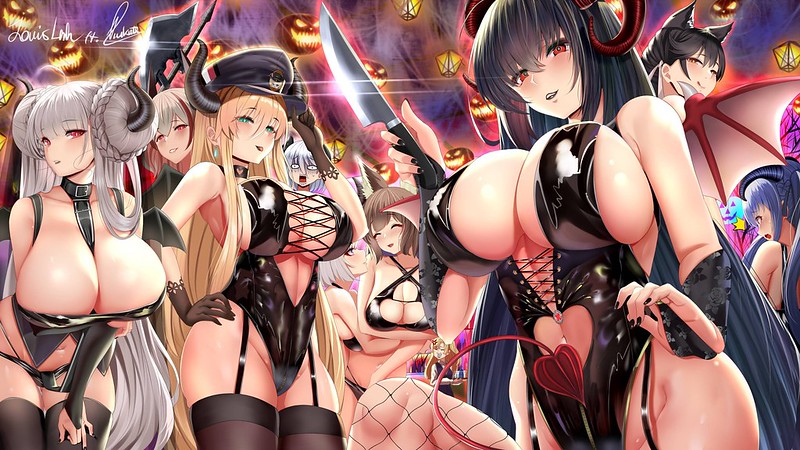 (Thanks for the news tips Animatic811 and Richard Pell)