Kojima Productions and Sony’s highly anticipated Death Stranding finally released on the PS4. The game is also destined to release on PC in the summer of 2020. This isn’t one of those games where a single walkthrough will cover every aspect of every nook and cranny, but for those looking to get a little help on starting out in the open-world, delivery simulator, this Death Stranding walkthrough might be able to help you out a little bit.

YouTuber TheRadBrad covers the early goings of the game with an hour long intro video to Death Stranding that you can check out below.

The game is reportedly over 60 hours long, so we’ll see how much will be worth covering.

Tap the right bumper to scan the environment.

The left or right trigger to is pick up items with the left or right hand while Triangle (or ‘Y’ on the Xbox One controller if you’re playing on PC) is to carry the item on your back.

You can jump by tapping the ‘X’ button on the DualShock or hold down ‘X’ to continuously climb up objects. 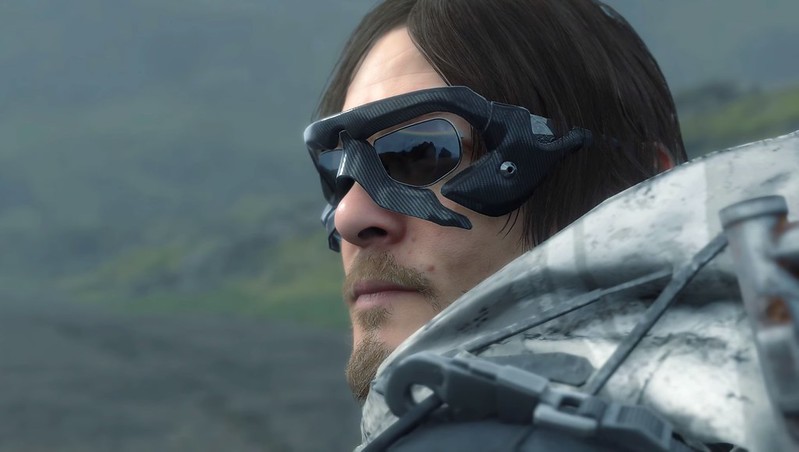 Tap both triggers together to even out Sam’s balance.

You’ll get to dabble in the play mechanics early one in between the massively lengthy cinematics.

After the cinematic with Fragile, you’ll need to make your way back to the target destination.

Completing your first mission will inform you how the game is generally played and how you’ll be scored based on your delivery performance.

Once you complete that first mission another lengthy cinematic will play – the one from the Game Awards Show.

During another lengthy cinematic you’ll get to move the camera around while the Bridges group attempts to bring a recently deceased body to an incinerator.

This cinematic leads into the infamous first introductory scene that we first saw of the game, which then leads into the game’s official title sequence. 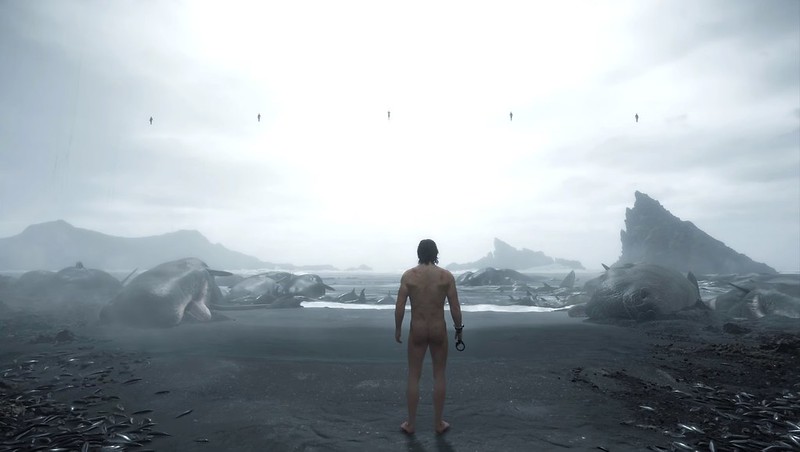 Blood is your health, stamina will determine how well you can move throughout the game world.

If your stamina gets low you will have a hard time maintaining your balance.

You’ll also learn that Sam is a repatriate and can move through the seam to get back to the world of the living.

After another lengthy cutscene with Guillermo del Toro’s “Deadman”, you’ll finally be able to play again, where Sam will be tasked with delivering morphine to the President of the United States.

Click on the Options menu on the DualShock to open the mini-map and set waypoints by holding down Square and dragging the waypoint to your destination.

Make your way to the Isolation Ward at the top of the map.

Yet another cinematic will play.

You’ll be introduced to Die-Hardman and the President. 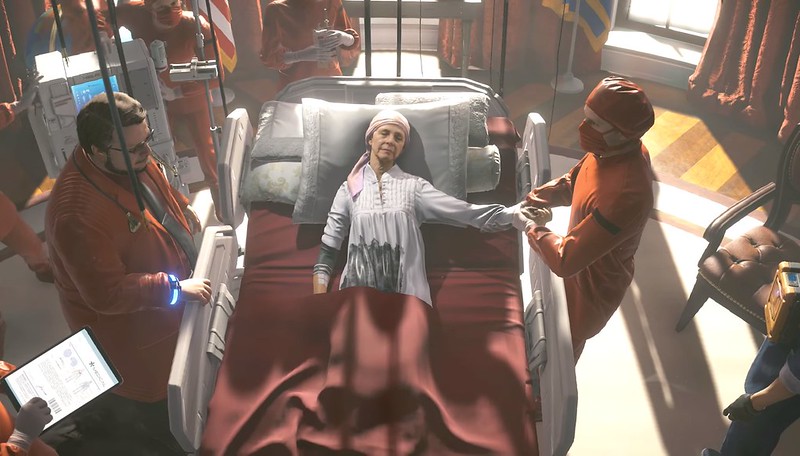 Sam will be tasked with his first real mission: to deliver the POTUS’ body to the incinerator before it succumbs to necrosis.

You’ll have to hoof it on foot through the mountains to deliver the corpse to the incenerator. The corpses typically sway a lot, so you’ll have to typically accommodate for the weight shifting by balancing out Sam (especially during turns) while moving.

You can also use the Touchpad on the PS4 DualShock to yell out, but you won’t be using it in the early goings of the game.

Once you get out of the Bridges facility you’ll need to plot a course through the mountains. The best way to get there is by moving along the terrain where you don’t have to jump and climb up.

Also, DON’T go along the riverbed to deliver the body to the incinerator.

In the video above he shows a basic route to reach the destination.

If your stamina gets low you can tap left on the D-pad and open up a health menu to use items to restore your stamina, including a Monster Energy Drink.

Also remember to save often because if you wipe, if you die, if you get overwhelmed, or get trapped in traffic, you will have to reload to the nearest checkpoint. So unless you save manually, you could find yourself making a lot of progress and then getting aced out of nowhere and having to start all the way over from like an hour ago. 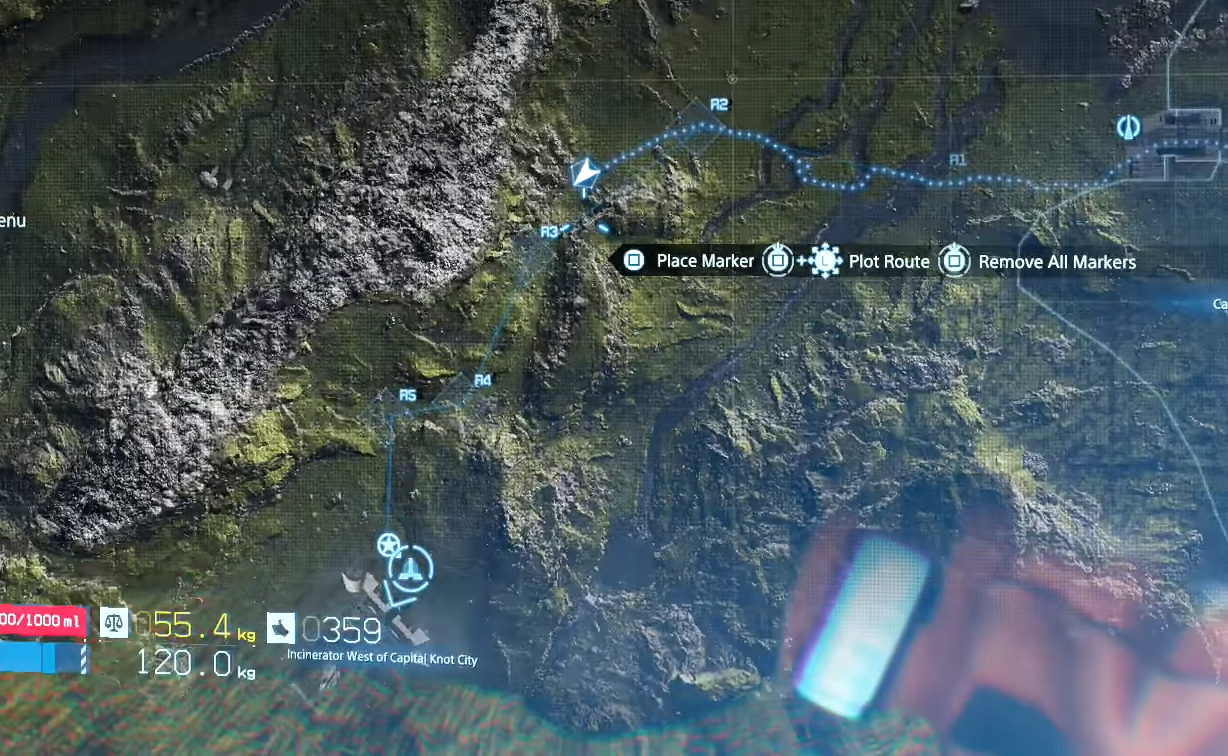 If you follow the path that TheRadBrad laid out on the map via the checkpoint, it will get you to the destination rather quickly and efficiently.

Finishing the task will force you to sit through another lengthy cinematic, where the little Luden’s baby, BB, will help Sam spot the BTs. 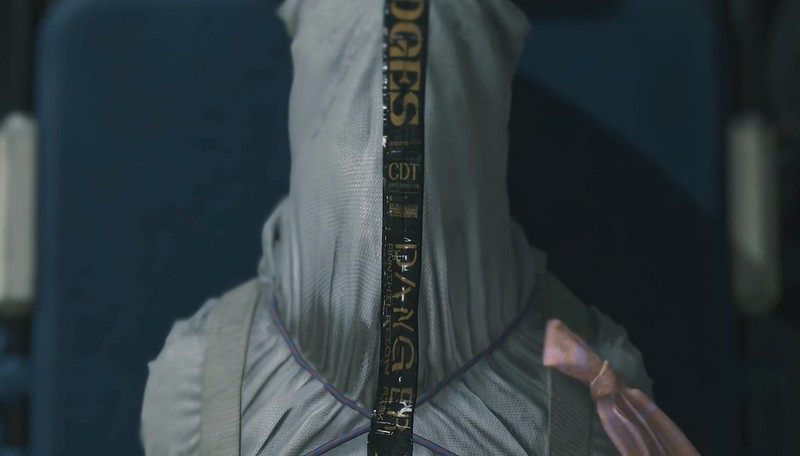 You’ll need to trek all the way back to Capital Knot City.

Now the Bts, will be scattered all throughout the pathway back to the city. You’ll need to use the little radar to watch out for the goop monsters.

Hold down the right bumper to hold your breath and avoid being spotted.

You can either go all the way back around from whence you came or you can go down the steep cliff.

If BB starts acting up on you, use the left bumper plus down on the D-pad to soothe BB. Slowly shake the controller to rock BB back into comfort until the little bar at the bottom raises up.

You can follow the rest of the mission from TetraNinja who has also been playing through the game.

Once you make it back to the Bridges center yet another cinematic will play with Mads Mikkelsen.

After another cinematic, you’ll finally get to play again and Norman Reedus will wake up in his quarters where there’s a table with glasses on them and a bunch of paid sponsorships of Monster Energy Drinks on the table.

You can permanently increase your stamina by drinking the Monster Energy Drinks.

Take a shower and then you’ll have to sit through another lengthy cinematic, and the main crux of the game.

Then you’ll have to sit through ANOTHER cinematic before you finally get back to the game, where you can check out the map or drink some more Monster Energy Drinks.

You’ll also learn that the different suits have different purposes. Blue suits are for delivery, red is for medical purposes, orange is for corpse disposal, and black suits are for security.

You can also take a poop or flick a stream via a piss.

Once you get done looking at Norman Reedus’ nakedness, you can then exit the room and be subjected to yet another cinematic.

Once you get done watching cinematics you’ll receive your first order, which is at Waystation West. You’ll need to deliver drugs and the Q-pid to the Waystation.

Select the mission and click on “Accept Mission” from the briefing terminal.

You can also modify what your loadout will be for the mission, enabling you to carry items on Sam’s back, boot, suit, or by hand.

Depending on where you place items will determine Sam’s balance and how he’ll be able to manage his stamina. 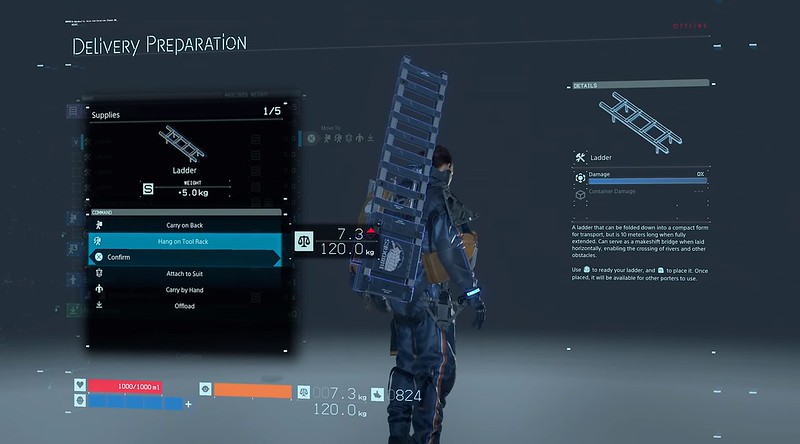 If you use the scanner to encounter missing or lost cargo, you can pick it up and deliver it to the postbox stations scattered throughout the open world, and hope that another player passing by will make the delivery for you by entrusting the packages to other players.

Alternatively, you can keep hold of the lost packages and deliver them to their appropriate destinations if you want.

In the video, even though he loads up on ladders, he makes good use of them by getting over rough terrain by climbing up the high mountains and then using the rope to scale down the other side. That’s a good use of the equipment to make your way to Capital Knot City.

When you reach the riverbed, don’t forget that you can also use ladders as bridges. You can extend a ladder across the gaps to travel across. Just remember to maintain your balance to avoid falling off to your death or losing precious cargo. 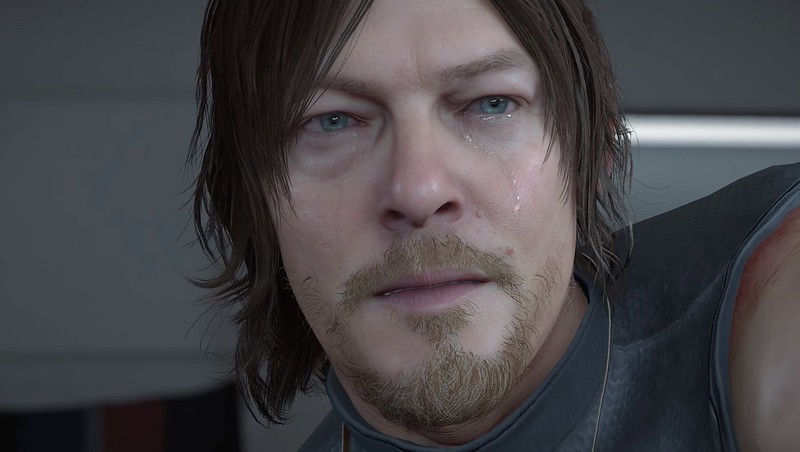 Once you complete the Capital Knot City Q-Pid quest, you’ll be able to access a private locker to store your equipment, or you can fabricate equipment.

Fabricating equipment at waystations will allow you to build more ladders, climbing anchors or post boxes.

Additionally, if you’re playing online, you can use the share function to share items, weapons, tools, and cargo with other PlayStation players out there. I wouldn’t advise it, though… diversity will be the death of you.

Make your way to the waypoint and build the postbox as directed by the annoying NPCs.

Once you take the mission and complete the mission to build a postbox, you’ll need to make your way to the next waystation to deliver six containers of rare metals.

When you get to the watchtower you may encounter some bandits after they ping you on the scanner.

It would be best to avoid the enemies by running around them and using the environment to get away from them.

Eventually the dirty mules will leave you alone if it starts raining or you encounter BTs.

You can also attempt to fight them, but that’s not advised when you don’t have any weapons.

If you do encounter BTs, be sure to stealthily sneak past them. Encountering BTs, will also raise the stress level (or lower the comfort level) of the BB, so be sure to comfort the baby as soon as possible, otherwise if the baby’s comfort level reaches zero it stops working, and your radar to detect the BTs, will become disabled.

When the baby gets wacky, Deadman will have to examine it. He explains that the reason certain babies can detect the BTs, is because they come from stillmothers. Since the baby is trapped between life and death, and thus they’re able to detect the BTs due to being in that limbo state.

After completing this mission you’ll also be able to access Sam’s e-mail, as well as gaining access to bathwater grenades. 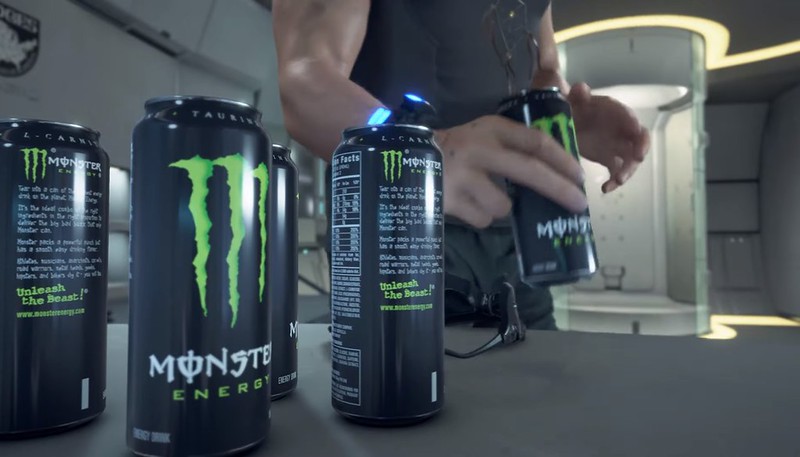 The next mission you’ll have to recover some Bridges material from deep within the Mules territory.

In order to retrieve the material you’ll need to travel into their territory.

Accept the mission orders and then assign the cargo to the different parts of Sam or have it auto-arrange on him. Confirm your cargo loadout to begin the mission.

You’ll also be given a chiral crystals collector so you can collect crystals.

Before you can retrieve the Bridges cargo you’ll need to first build a watchtower. This is part of the equipment you collected for the mission.

Head northwest toward the Mules encampment and the build the watchtower.

Proceed through the small cave and you should see a base with a guy sitting on a crate.

You can head up behind him and use a strand to strangle him and knock him out. Hold down the left trigger when the strand is equipped and then use the right trigger to take him down.

Take the Bridges chiral printer and lost cargo from the Mule postbox.

If you find that there’s too much cargo to take from the Mule base, you can also have Sam carry cargo in his left and right hand to relieve some of the weight on his back.

Take the items back to the Bridges base to complete the mission.