A recent trend appears to have caught people by surprise: As companies begin to increasingly listen to their consumers and make appropriate changes the media is losing their mind over it. How many headlines have been generated in the last week about how fans are toxic and how they shouldn’t have changed Sonic’s appearance to cater to them.

Never mind that the entirety of the internet seemed to be in agreement with the sentiment, never mind that even Sega was reported to hate the way Sonic looked, but could do nothing about because of contractual arrangements, this is seen as some great ill that will spell the doom of our society, but why?

For the longest time the media has served as the gatekeepers of public opinion and perception. Their writings have cancelled people, destroyed businesses, and even sparked wars. They have for the longest time held an unparalleled power over the public perception and for that reason powers that be whether governmental, religious, technocratic or plutocratic all have sought to control the media.

Today, though, they can’t get a Supreme Court nominee unseated, they can’t impeach a President, nor can they even affect a movie’s box office success. Make no mistake people in power and influence take notice of this. The hatred of the Joker movie had very little to do with the actual content of the movie. It was about power dynamics.

Trump got a movie cancelled, even if many argue it was cancelled because screenings were abysmal, the perception is Trump got it cancelled. Their influence was called into question along with their relevance in people’s decision making. Cancelling the Joker would demonstrate that they still had the power, whether companies and individuals believed them to be the voices of the people or not would be irrelevant. Yet they failed.

The media, the gatekeepers of old see the capitulation to fans as cutting them out of the process. All the media did was call fans toxic and entitled to protect their agenda of de-legitimizing moderate and conservative voices and to protect their toxic creator friends.

After the success of the Joker do you think Paramount is concerned what the media has to say about the audiences they have demonstrated to not represent anymore than they hold sway over? Keep in mind the Joker was just the most pivotal example to highlight a growing trend that has been ongoing for years. Its ramifications in serving to highlight the death of the power of the legacy media will have a more profound impact on our history than its nihilistic social commentary.

The legacy media understands its power and relevance are fading and that is a problem for companies who have invested their strategy in establishment powers such as Google and Apple. As these powers die those that have made ample use of them will do everything in their power to preserve them until it is too late.

That is what is being seen with YouTube as the content creators are being replaced and downsized as YouTube Promotes the legacy media outlets. Channels are dying in part because of an ideological disparity, but also because there cannot be competition that cannot be controlled or influenced.

As this plays out toxic creators the like of JJ have begun to realize either because of a mandate from above or on their own merit that the merriment is over. Their projects are flopping and investors and companies are no longer afraid to cancel them.

Tim Miller having to humbly admit that he was arrogant and didn’t have his hand on the pulse of audiences as he believed is another startling wake-up call. Until now it was fairly easy for these people to succeed, but the audiences of the world are increasingly becoming intolerant to their agenda pushing narratives, poor character creation, lame duck scripts and poorly choreographed action sequences.

A crux of all arguments is defining your concepts. Where the media fails to quantify what behavior is toxic solely because it opens their definition up to critique I will provide the definition of what a Toxic creator is. A toxic creator is a creator that is entitled and typically acts in a nasty manner towards audiences.

Now there is a difference between believing you are entitled, your fair opportunity to reap from your labors and expecting the outcome. It isn’t toxic to be upset if YouTube is throttling you, but it is toxic to believe you are somehow owed a certain number of views and your audience is merely a utility to achieve your view count and money.

We could broaden the concept. Without a doubt a more rigorous examination would surely produce a multitude of understanding into negative behavior creators, but for sake of presentation, time, and argument I will limit in scope my definition to the above. 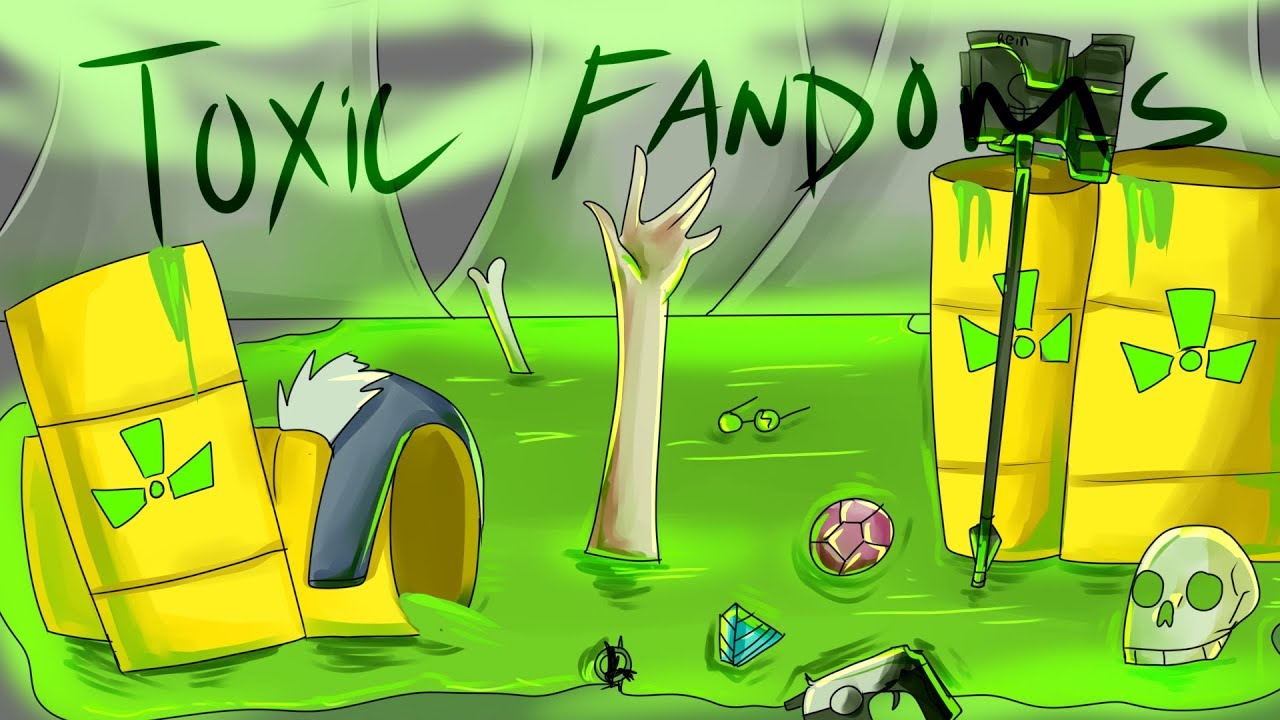 Now compare this to the idea of toxic fandom. As a concept it is for the most part ludicrous. That isn’t to say it doesn’t exist, but to utilize it the manner the media has is peak absurdity. When you have a Star Wars movie fail because general audiences are disinterested and your core fandom hates you at this juncture to say audiences are toxic or fandoms are is wrong.

Why? Simple because people have money and all business is the art of convincing people to part with it for something in return. If your audience is saying we don’t like this, you are very free to argue that you disagree with their assessment and this is the project you wanted to make, but you are not entitled to their money.

A creator can create as they see fit. It is their right and that is codified in the First Amendment of this country. That doesn’t mean they are free from critique or denouncement. Sadly many creators how hail from upper middle class households and think because mommy and daddy never told them they need to work harder that they are perfect.

What makes a fan toxic? I’d argue the same that makes a content creator toxic: Entitlement. Not all entitlement mind you in the same way a content creator is entitled to their fair shake there are things consumers are entitled to. Consumers are entitled for a proper value for their money and the trade to be free of deception. That’s the law by the way, not a subjective opinion.

Though this is objectively partially subjective in interpretation and individual preference there is an objective component involved. Where some will be abolitionists and tolerate no deviation there are others who have a more lax standard and are content that the if the lore is consistent they are happy to explore any new entry in their beloved series.

What lays objectively in-between people’s subjective standards if they have any is an objective reality. I’m not sorry to the post modernists I just triggered with that statement. Opinion unless you have unfortunately suffered a severe mental breakdown must be based upon an observable and measurable reality. 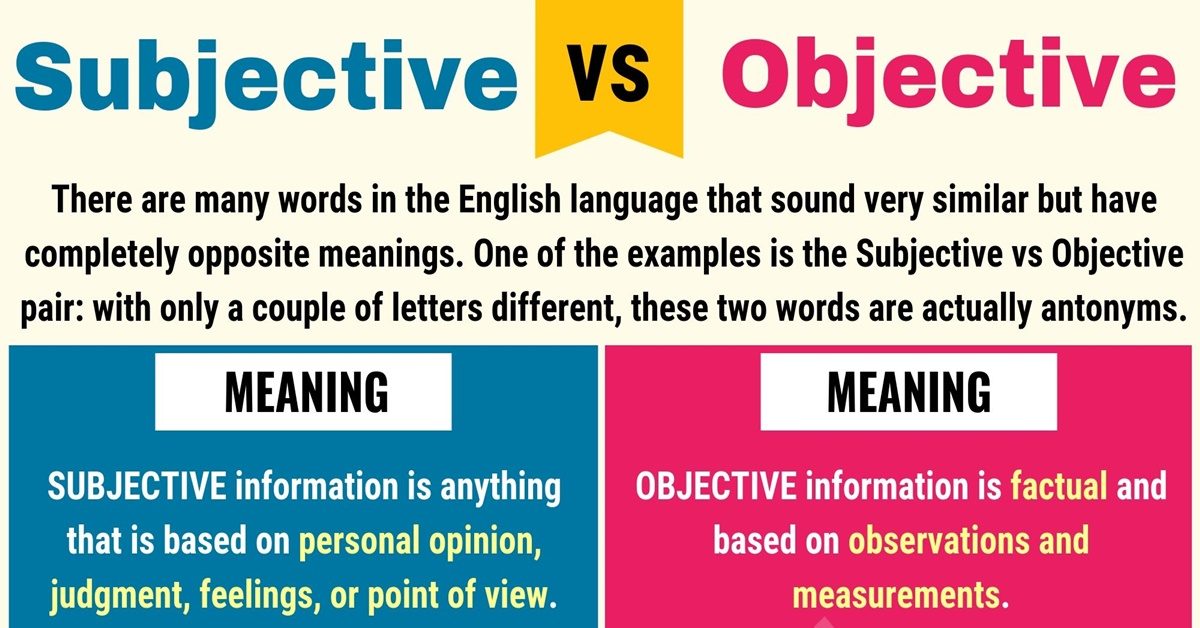 Doomcock, a cultural analyst in his own right, formed his rules of canon to determine if something is worthy of being considered canon or is in fact fan fiction. I prefer the more simpler approach of objective characteristics. For instance if the new “Fallout” game doesn’t follow lore, theme, mechanics, gameplay elements, or the majority of anything that separates a Fallout game from any other post apocalyptic title, then it reasonably can be considered not Fallout.

Objectively this is a conclusion based on analysis. Subjectively I’m not exactly pleased with how the franchise is being handled. For another comparison we can look at Yakuza 7, which is implementing an entirely new combat system. Objectively the combat has been a part of Yakuza for seven games and two spinoffs (that I’m aware of), but it is not the sole defining characteristic for what makes a Yakuza game a Yakuza game.

The story continues in the same lore, manages the same theme, and even has returning characters from prior entries. By both Doomcock and the standard I’ve proposed it is a Yakuza game. Though this does bring us to the final entitlement of consumers: The right to not participate in a transaction.

There are some who will argue that they’re not interested in the new combat system. A good argument even be made that it is too much a departure to switch from the over the top fighting the series has been known for, for a turned based system. 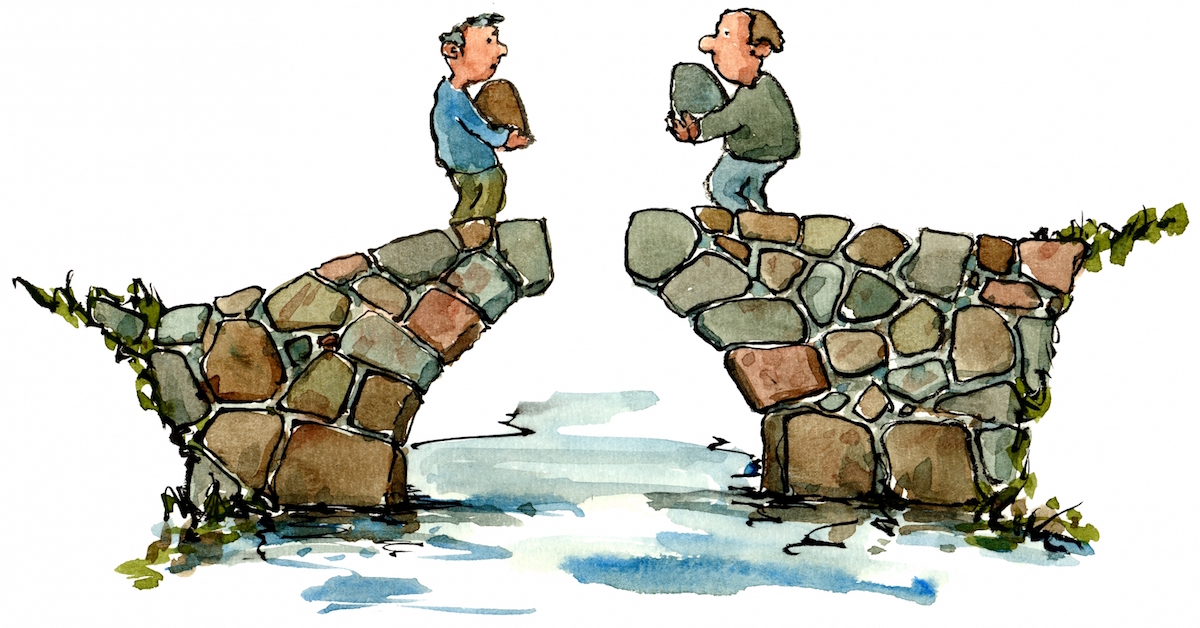 This serves as a perfect example of the middle ground a creator is attempting to achieve with their audience. Sega is not calling their audience toxic, entitled, etc they are now in the process of trying to get Yakuza fans to try the game. Yakuza fans are not being vile, belligerent, or hateful towards the developers, but at the same time are hesitant over the change. Some simply won’t come to the table.

Where matters become complicated is in a community’s behavior. Certainly communities have the right to be exclusive, after all that is called the Right of Association and it is protected by the Constitution as a pre-established right. Yet at the same time much as the creator is not free from critique neither is a community or fandom.

There is a difference between being exclusionary of those that want to hop on the bandwagon, but care nothing for what makes the series the series. They don’t care about the objective nature that has come before nor do they give a hoot about Doomcocks Laws of Canon. These individuals are typically invaders and arrive in communities and proceed to shout people down.

The Fallout subreddit for instance with the announcement of each new game receives an inundation of invaders, but because it has no capacity to be exclusionary and thus preserve the communities nature the old guard is silenced or chased off for some time. It becomes akin to a totalitarian state where the old guard starts having conversations about how bad Fallout 76 is shaping up under layers of “click to see more,” because they are free there from the eyes of the regime.

These invaders typically are often considered and called fans by the Gatekeepers. This is especially true when their views line up with the Gatekeepers. As seen in Animegate where these “fans” are unhappy with the fan service the majority of the other fans enjoy, and even occasionally threaten to leave if they’re not catered to. Notice the entitlement. They believe it is their right to enter a new space and change it to be their space.

This brings us right back to the Gatekeepers in the media whom have more than enjoyed giving a voice solely to their side while demonizing the opposition. Today despite what the nihilistic naysayers wish people to believe this is failing. Animegate, the Fandom Meanace , and the butthurt still left by Gamergate show their power is waning and the people’s is growing. Comicsgate financial success demonstrates not to normal people, but to investors that the media claiming there is no market is an fantastical invention of the media with no bearing in reality.

Ultimately the fans are winning, the people are being heard and companies are moving to cut the legacy gatekeepers out of the picture. That’s the problem for many in the establishment, but is good for us.