Vox Game Studio announced that their 2D side-scrolling platformer that’s a throwback to the animals with attitude era called Kaze and the Wild Masks, has been picked up for publishing by Soedesco.

The Brazilian indie studio teamed up with the Netherlands based publishing company in order to bring Kaze and the Wild Masks to gamers… when it’s ready. Originally the game was supposed to be released in 2018 but it’s been delayed.

The game is an awesome looking, hand-animated, sprite-based 2D side-scroller that hearkens back to the 1990s where the animals with attitudes ruled the day and Sonic wasn’t an icon for crazy furries who dominate tumblr and DeviantArt.

Players take on the role of Kaze the rabbit, who must journey through a number of colorful levels, defeating bosses, collecting gems and avoiding certain traps. You can get an idea of what the gameplay is like with the trailer below.

The game reminds me of what Jazz Jackrabbit would have been like if Epic Games kept making new titles instead of focusing on Unreal Tournament, Gears of War and Fortnite.

The actual hook for the game is that it’s very similar to Sonic The Hedgehog, but instead of simply running and jumping on the heads of bad guys, you also acquire masks and can utilize the masks’ abilities to perform special abilities such as swimming underwater or flying in the air. 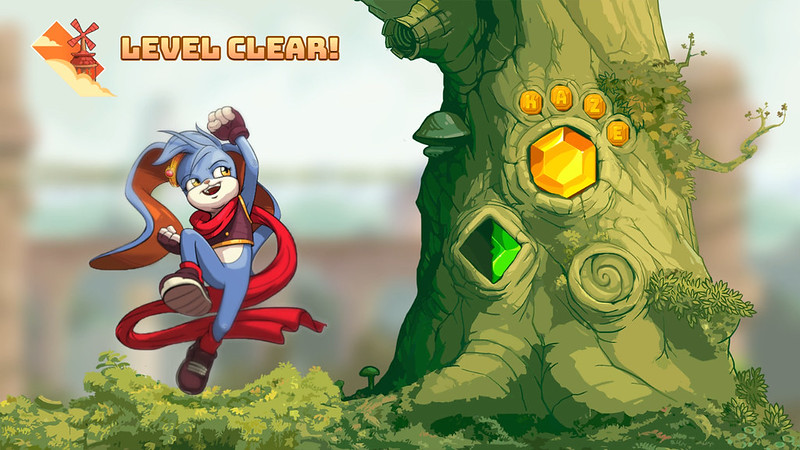 The game basically combines a lot of the classic side-scrolling action from 16-bit platformers from the 1990s but with gimmicks present in games like Super Mario Odyssey or Sonic Colors, where you can acquire different powers to perform different abilities.

For now Kaze and the Wild Masks is looking like a really cool game and a proper throwback to the golden age of gaming when video games used to be made to be fun. If you want to wishlist it or keep track of development, you can do so by visiting the Steam store page.