KFC decided to get onto the train of degeneracy by promoting cuckoldry. In a 15 second ad spot aired in KFC Australia, they showed a straight, white male having his libido undermined and his date usurped by a black person.

The ad is themed around a stadium where the kiss-cam comes on, and when the straight, white male goes to kiss his girlfriend, she turns around and showers her affection on what appears to be a Nubian immigrant.

You can see the disgusting ad for yourself below.

What makes no sense is that the kiss has literally nothing to do with the rest of the commercial. The camera cuts to the commentator who then brings up KFC out of nowhere and then the guy who got cucked and the commentator begin eating chicken sandwiches.

What was the purpose of making the straight, white male a cuck?

Why subliminally imbue audiences with the concept of miscegenation?

Why undermine the cultural heritage of Australia?

You won’t find an answer to any of these questions in the comment section because the comments have been disabled.

And judging by the fact that out of the 46,432 people who viewed the ad (as of the writing of this article) only 190 of them gave it a thumbs up.

In other words, 32% of everyone who viewed the trailer gave it a thumbs down.

That’s a fairly significant ratio for the YouTube metrics between views and ratings.

KFC also didn’t want to see any kind of dissension against their agenda, so they disabled comments to prevent people from speaking out against their propaganda. 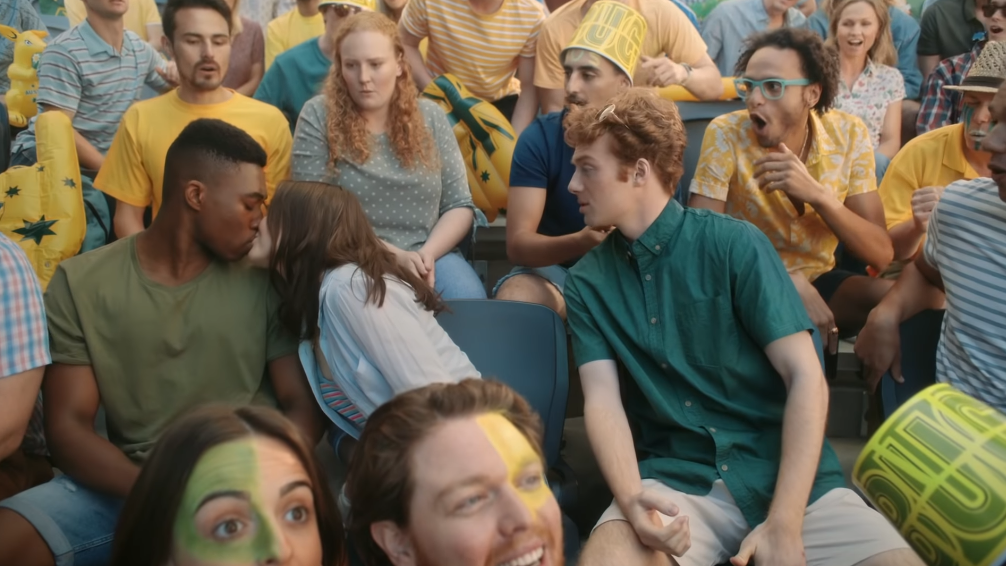 But don’t worry, people took to other social media services to air their displeasure with KFC’s anti-white messaging.

The word is quickly spreading on Twitter as people voice their opinions and air their grievances about the game’s degenerate agitprop.

I see KFC are in full support of attacking the white male. And you can tell by the large dislike ratio that people are seeing through this. Isn’t it interesting that the comments to that video are turned off. https://t.co/tsO83S9vhf

@kfc you’re absolutely disgusting. Why dont you stand behind this abortion of a commercial and turn on comments? Nah, you have no integrity. Fuck off, fried chicken fuckers. Have your own children racemix and go extinct, and stop trying to convince kids.https://t.co/qX7DrEdj3j

The idiocy of racism by @kfcaustralia

It appears some companies just cannot stop falling into the pit of wokeness. Worse yet is that there’s zero benefit in it for the financial long term. Heck, just look at Gillette, who lost $8 billion after getting woke.

Apparently KFC has to learn the hard way that once you get woke, you go broke… and then you become another shining example of what not to do as a business once you end up on the Get Woke, Go Broke Master List.

(Thanks for the news tip Apex Predator)