Pelikan13’s The Takeover has officially graduated from Early Access on Steam. The game had been in development since 2015, featuring 3D models rasterized as sprites in a side-scrolling, beat-’em-up adventure that hearkened back to Sega’s classic Streets of Rage series from the 1990s.

In early November the developer posted an update on the Steam community thread announcing that the game had finally completed development, writing…

“After more than four years of hard work and almost as much time spent in Early Access the time has finally come for The Takeover to be properly released on Steam.

“I want to thank you all for your support, feedback and constructive criticism, you helped shape this game and pushed me to deliver something more than I had originally envisioned.

“No matter how the game ends up doing I’m proud of it and I will continue to support it post release making sure it’s as polished and balanced as possible. If the interest is there in the following months I would love to do content updates with new modes, characters and stages. […]”

The Takeover features four playable characters as they attempt to fight through hordes of enemies to rescue a kidnapped friend of theirs.

You can get an idea of what the gameplay is like with the trailer below.

Now the only downside to the trailer is that the developers later updated the game and changed Megan, the super sexy lady with the big bust and those stiletto pumps, where instead of simply having the skintight latex bodysuit on she’s now wearing a tactically cropped bomber jacket, which many longtime fans found to be a disgusting addition to the game based on how she used to look.

In any case, the game features seven stages to battle through, 20 different locations to visit, multiple weapons and projectile firearms to acquire, and a variety of game modes, including the standard Arcade mode, the Survival Mode, and the Challenge Mode. 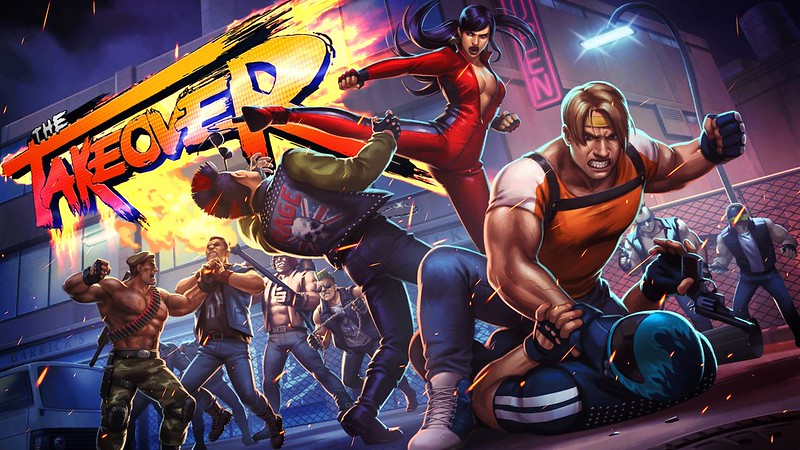 Obviously, this wouldn’t be a proper throwback if it didn’t include a robust local cooperative mode where players can team up with a buddy and play locally.

Now the game isn’t entirely just a copy-and-paste clone of Final Fight and Streets of Rage. There’s an all new combo system for you to master involving both punches and kicks, as well as stun attacks, combo launches, and air juggles.

Another neat thing is that specials are powered up by the length of your combos. The more combos you do and the longer they are the more your special meter will fill up. So it encourages players to utilize and rely on skills rather than just spamming attacks.

You can pick up a digital copy of The TakeOver right now over on the Steam store for just $19.99.

(Thanks for the news tip White Heat)