With another week we see another ratings decline for Warner Brother’s Batwoman. Their feminist icon has with but one exception lost viewers week over week and is now considered to be up for cancellation according to rumors. 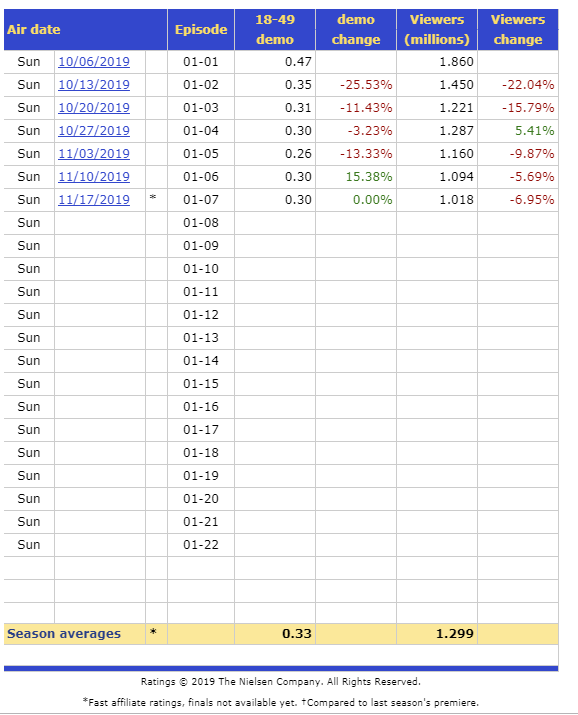 Wokeness is shockingly the least of the show’s ongoing problems. As a criticism it is certainly driving away some viewers, but as far as the media is concerned is the criticism to remain focused on. When the show inevitably gets cancelled as a result of the low ratings and investor dissatisfaction the media can then claim the show failed because of “misogyny” rather than more obvious issues that have plagued the show the entire season.

The politics don’t help with audience retention, but everything from the script to the characters has been incredulous and stupid . Not the fun kind of stupid like a kung-fu movie, but the variety that doesn’t even require a fridge to defeat.

Recently Warner Bros., appears to have begun manually claiming videos. As reported by TheQuartering, the claims did not come with a copyright strike, but would direct all future monetization towards the company rather than the content creator.

Certainly it is possible the issue is just relegated to TheQuartering, but given the manual nature of the claims it is likely only a matter of time before more content creators come forward with word their videos have been claimed as well. The exact extent of the Warner Bros., claims is unknown, but this isn’t the first time that they’ve claimed videos for a property. Some of you might remember that they did the same thing with Mortal Kombat 11 over the woke ending for Jax.

But this isn’t even the first time Warner Bros., engaged in damage control for the failing series. Back in October WB hid the original trailers in the hopes to memory hole the initial bad reception the announcement received. Likely not from regular people, but from investors who are now going to want to know the extent to which the company knew the series was going to flop.

WB has demonstrated a complete willingness to dismiss management in true super villain fashion over failure. Having previously done so with Zack Snyder after Batman V Superman was not the smash hit the company had hoped for. Followed by Geoff Johns and Peter Berg after the Justice League movie they were retooling failed to perfect as expected, regardless if their Aquaman movie turned out to be a smash hit.

Those managing their television division now seeing not one, but multiple shows failing are likely on the chopping block as well. Especially if the extremely woke Harley Quinn show isn’t a draw for WBs streaming platform.  Spoiler warning in its attempts at wokeness it turns Quinn into a bland feminist icon that is extremely unlikely to get people onto a streaming service with virtually nothing to offer.