AI: The Somnium Files Got Woke And Went Broke

Spike Chunsoft’s AI: The Somnium Files came out in mid September both in Japan and in the West for PC, PS4, and Nintendo Switch. The adventure-themed visual novel was given high praise by the usual suspects, with outlets like Eurogamer and Screen Rant giving the game an uncontested seal of approval. However, despite nabbing an 86 out of 100 on MetaCritic, it wasn’t enough to compel gamers to pick up a copy.

And even though some outlets, such as GameCritics criticized the game for containing “oversexualization” for some of the female characters, it was still given the game journalist nod of approval, mostly because they liked the “diverse” characters, and the typical circlejerk of Lefties and Centrists on Twitter were head over heels for the game’s unabashed promotion of the Rainbow Reich, as captured in a clip by YouTuber JR.

It was even confirmed by a writer from RPG Site that the hamfisted promotion of the LGBTQIA+ community was also apparent in the Japanese version of the game. So this wasn’t a case of Spike Chunsoft taking liberties with the material and writing in their own form of propaganda to own the gamers.

For anyone going “Hey did the localization add this >:U???”

Of course, paying this kind of lip-service to people who spend all their time complaining about not receiving enough lip-service and almost none of their money and time on actually supporting the things they complain about, it resulted in AI: The Somnium Files attempting to play into favoritism of a demographic who doesn’t buy games.

Nothing funnier that AI: The Somnium Files has a small dialogue about LGBT people and trans/homophobic weebs and gamers are alredy crying saying that they will not buy the game. Is okay you are just an offended pussy we get it lmao

Despite all the cheering and blandishment from the Social Justice crowd, those words did not translate into sales, and the game managed to miss every single spot on Famitsu’s top 20 chart from it’s release date up until now. You can check the archives on Gematsu, and it’s nowhere to be seen for the Nintendo Switch or PS4. Even if you check the Wayback Machine for a capture of Famitsu for the ending weeks of September, the game still failed to make it onto the top 30 list, meaning that even during the first two weeks of its launch it didn’t even move 1,700 copies during the week of release.

This isn’t some oversight, though. According to Twitter user Nenjutsu Psync, the game only cumulatively moved 2,000 copies on PS4 and 1,000 copies on Nintendo Switch since releasing back in September, which could explain why never quite made the charts if the weekly sales were below 2,000 copies per week.

U.S sales are not known. But its safe to say the game will not earn a sequel.

For what we have though with the game is something im grateful for that it was even created. A Higher Budget Uchikoshi game is what i wanted and its what i got and i loved it.

AI did nothing Wrong. It did eveything right in terms of the game itself and how it can relate more to Japanese audiences compared to Zero Escape.

The Month of September which was packed with giants like Zelda, Dragon Quest, Code Vein, Daemon X Machina, etc are what hurt it.

While there doesn’t appear to be any reports to verify Nenjutsu Psync’s numbers – outside of the fact that the game never made it onto any of Famitsu’s top charts, and failing to move even 2,000 copies in a single week – we can somewhat verify what Nenjutsu says by checking the Steam Charts, which show the global number of PC gamers, and it’s not good… not good at all.

The game only managed to peak at 983 users during its initial launch back in September. The numbers only spiraled downward from there. 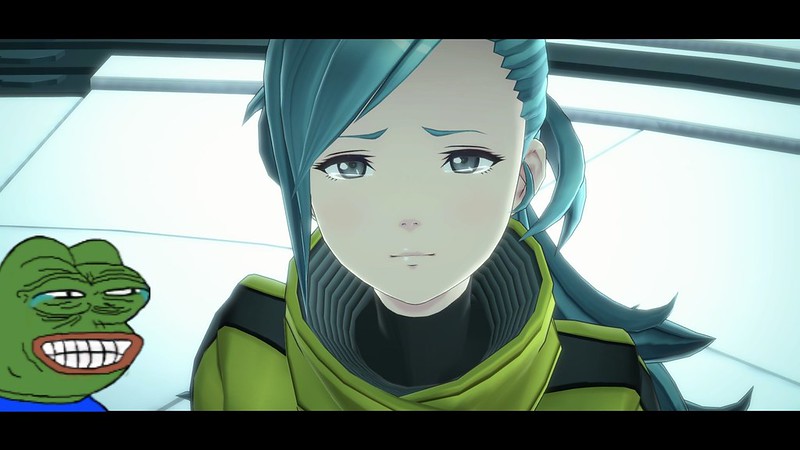 So it definitely appears as if the Japanese cared even less for the game than Westerners.

However, the game has also yet to appear on any of the top charts from the NPD or GFK, so it’s not like it’s just failing to make Famitsu’s top spots, it’s failing to make any chart… globally.

That being said, if a game decides to get woke and the numbers end up being paltry and unremarkable that means only one thing… it’s earned a spot on the Get Woke, Go Broke Master List.

EDIT: Apparently I need to make some clarifications because some idiot Centrists™ are playing up to SJWs by being complete and utter illiterate morons. No, it was not just one line that caused the game to fail. It was the fact that instead of shaping the marketing narrative around content that would get the actual core demographic to buy the game, Spike Chunsoft let the mentally ill degenerates that run Twitter shape the marketing for the game instead.

So the average gamer had no clue what AI: The Somnium Files was about, and the only message being spread around on Twitter about it was the fact it was pro-LGBTQIA+, which is NOT going to get the average person to buy the game. So allowing the woke messaging to be the grassroots marketing was a major misstep that ultimately led to it failing.

Holy crap I didn’t think people were so stupid that this actually had to be explained to them. Read a freaking book and take a freaking logic class!