Idea Factory International and Compile Heart are gearing up to release Azur Lane: Crosswave in the West for the PlayStation 4 and on Steam for PC. Originally they announced that the game would make its way Westward in “early 2020”, but recently they’ve confirmed that it’s expected to arrive in February of 2020.

Well, on December 19th, 2019 Idea Factory announced on their official Twitter account that the game will be arriving at some point in February in 2020.

Preorders for the Limited Edition begin 1/9 at 11AM PT for IFI’s NA Online Store with FREE domestic shipping on US orders!

As revealed in the tweet, the game can be pre-ordered for its Western release starting January 9th, 2020 in just a couple of weeks.

I know we don’t support pre-ordering around these parts, but if you were interested in checking the game out, you can do so by signing up with the newsletter for Idea Factory International content by visiting the official website.

Pre-orders will be available for both the digital and physical releases of Azur Lane: Crosswave on the PlayStation 4, and digitally for the Steam version on PC.

There’s also going to be a special limited edition made available for $99.99 in addition to the standard $49.99 version. 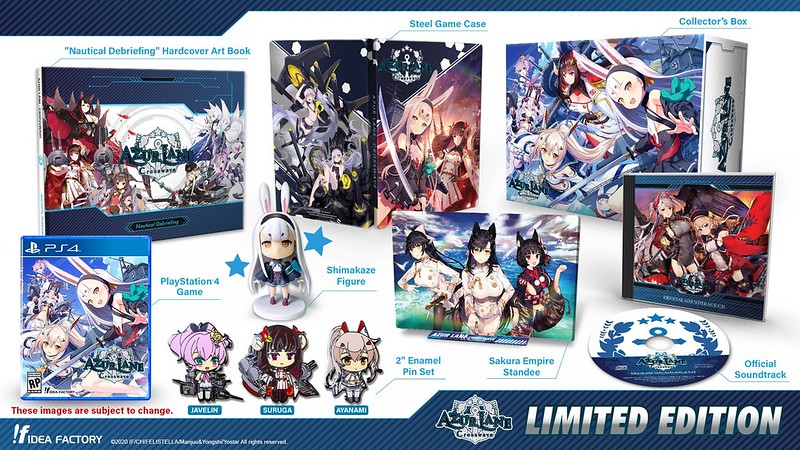 You can learn more about the limited edition on PS4 or the Steam digital deluxe edition by visiting the official Idea Factory International website.

According to previous reports the game supposedly will release uncensored in the West, as it will be exactly the same as it was when it released in Japan. Let’s hope that turns out to be true.