The game launched on December 24th, 2019, making it the perfect Kwanza gift for your wife’s son.

And much like real life, you get to experience the joy of a lonely Christmas eve, guzzling down warm, carbonated soy, and for the first time in the year actually using your leg muscles to do more than go to the local mart to pick up tampons for your less-than-significant other.

You’ll need to scurry around the house, finding different locations in which to watch your wife become culturally enriched by her imported-by-Democrats lover. 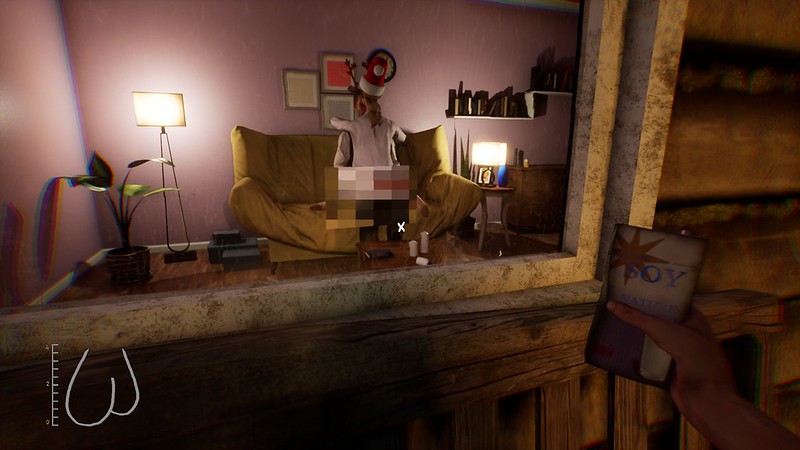 The game has already become a top-tier entry for generating [current year] memes, and even managed to trigger the console peasants and transtrenders on 4chan.

Some people have complained that the game logs keystrokes even outside of the game, as well as attempting to utilize the remote procedural call protocol, but the developer says that such reviews are defamatory and untrue.

Others claimed that the game was malware, but the developer also denied this claim, stating that the reason the game has to connect online is through the Steam SDK.

The reviews for the actual gameplay point out that it’s not really a game, though, and that it only takes five minutes to complete and that you can’t remove the censorship. You can read a more in-depth take Orge Lambart.

Also apparently the lady being boned has a lot of fake moans, and there’s no actual gameplay other than hiding and watching your wife become a dishonored member of Britainistan.

All jokes aside, though, this indicative of a horrible real-life trend being pushed by soon-to-be out-of-work bloggers who need to learn to code.

The reality of the situation is that cuckoldry is a serious problem washing over Western nations and contributing to the degenerate decline of civilized culture.

Leftists think it’s the way forward, but it’s only the way forward if you want to see civilized society become a footnote in charred history books littering “diversity”-emigrated streets in America.

(Thanks for the news tip Ace and LupinIII)