Team Ninja and Koei Tecmo have plans on releasing Rachel as a new DLC character on December 17th, 2019, as reported by EventHubs. The new character, however, is not making her way onto the roster unscathed by the claws of censorship, as Team Ninja has roundly decided to cover up Rachel’s very round assets.

Famitsu did a special preview of the new Rachel DLC, featuring a collection of screenshots of her various outfits, one of which includes her classic Fiend costume, where she’s dressed in nothing but armored scales that provide her with very little coverage of her naughty bits.

However, the Fiend costume is completely censored. You can see a comparison between what it looks like now versus what it looked like in Dead or Alive 5: Last Round. 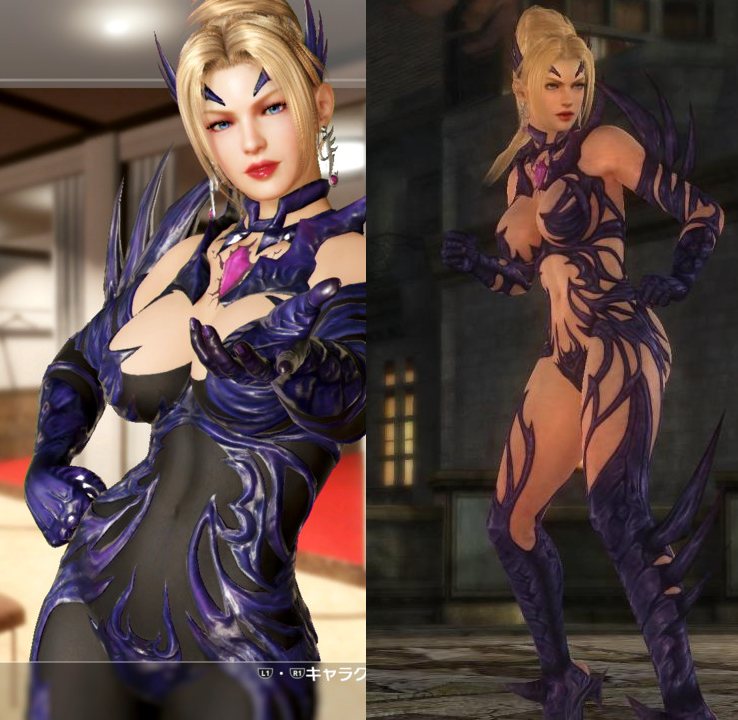 Even Famitsu was aghast at the change, dropping a comment on the page about Team Ninja’s change…

“Rachel, who draws the blood of devils, featured in the semi-demon costume from previous games. The original outfit had fairly considerable amounts of exposure, but there’s now a black body suit added underneath, thus reducing the amount of exposure while trying to maintain a degree of coolness!”

Even with their attempt to maintain positivity for the change, the change is still considerably more censored than what it was before.

All of Rachel’s midriff is now covered up, all of what would have been the exposed skin around the lactiferous ducts and inner regions where the adipose tissue is located, have been grossly painted over with the black undersuit. 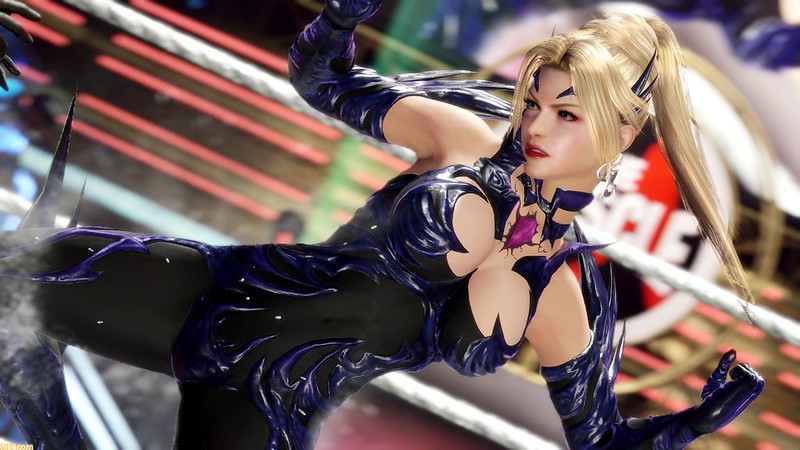 Literally everything beneath her breasts have been covered in that hideously off-putting undersuit.

It goes all the way down to her toes, even ensuring that all of her skin showing off her toned adductor lumbar and gracilis muscles have been slathered in the faux-spandex texture.

Worse yet is that it doesn’t appear as if there’s an alternate version of the suit where it’s as exposed as the original. It only comes in red and purple, and both have the e-sports friendly black censor suit on underneath. It’s like this game is getting worse by the update. From shallow and boring swimsuits, to grandma-approved sundresses, to completely censored fiend fighting gear. This isn’t the Dead or Alive we all grew up with.

Expect the typical Centrists™ to justify or defend why an ‘M’ rated game has this kind of censorship in place, but I would hate to see just how much more Dead or Alive 7 would be censored if this current outing is anything to go by.

(Thanks for the news tip RyoRyoRyo and Reality Check)