Merchandise has value far beyond mere initial profit. With each purchase the sunk cost increases for the individual and if properly maintained the relationship with your customers can generate very long term customers who will pass their passion onto friends, family and even the next generation. Yet despite the merchandises’ power to make money while increasing consumer retention, so many companies just dismiss it as an afterthought.

All the more bizarre now as Disney has absolutely failed to produce merchandise for Star Wars: The Mandalorian. After all Star War’s success came from its merchandising, one would think someone at some level would have made sure there was a great product line ready to roll out for the show, but Disney had other thoughts.

Talking with Entertainment Tonight, Mandalorian writer and producer, Jon Favreau, explained the strategy behind the lack of merchandising for the hit show.

“We really wanted to have it be that you had to watch it yourself, so that every time you watched the show there’d be new twists and secrets coming out. But that requires a lot of restraint from the people footing the bill. Part of that was holding back on things like merchandise.”

This is simply profoundly stupid.

In order to avoid creating spoilers for the show that would then create hype amongst the hardcore audiences that follow such leaks, Disney decided to simply not have merchandise entirely? Not even merchandise that Disney could sell directly and indirectly as part of a huge marketing push to capitalize on the show’s popularity cashing in on impulse buys through a weekly roll out?

When fans eventually get merchandise for the show it will be long after the show has aired and hype has subsided. Hasbro, who have the merchandise rights, told Vanity Fair there will be no Mandalorian merchandise out until 2020. By then any positive sentiment the show may have generated will have long been replaced by the Rise of Skywalker and the damage control the media will inevitably carry out for it. This was also recently discussed by Clownfish TV.

Merchandise that is being quickly rushed to market takes only a single screenshot that isn’t even from a meme and slaps it on various merchandise. Apparently Disney couldn’t be bothered to hire a single artist to make some custom limited time merchandise to tide over the collectors till the toy lines roll out. The black market  on the other hand has rushed to get quality merchandise out to capitalize on the shows popularity. 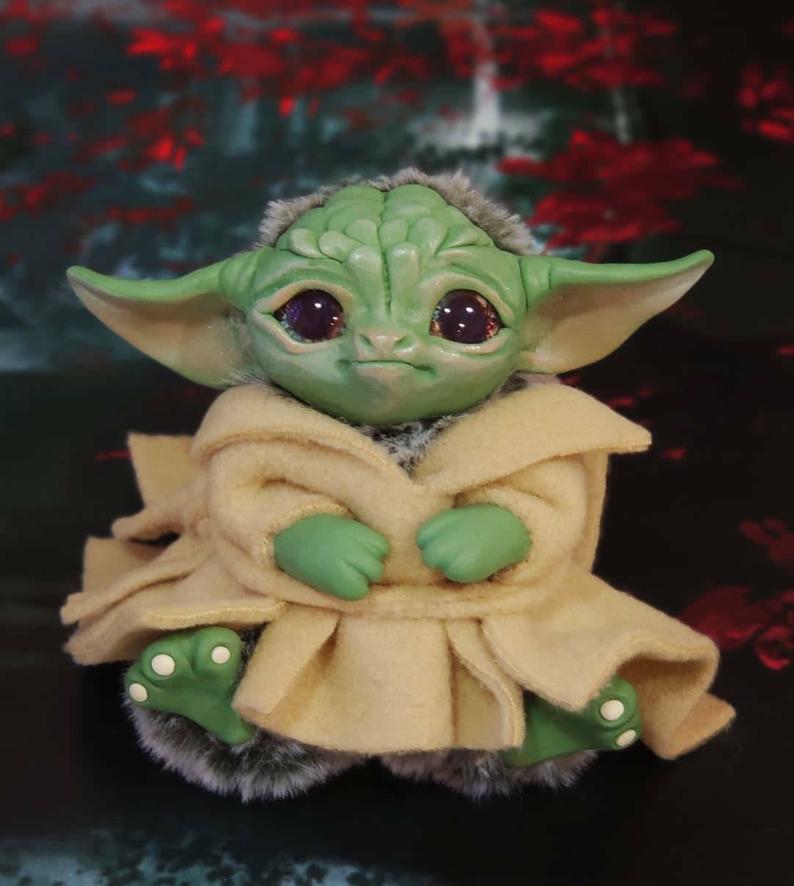 Make no mistake Disney didn’t hold back merchandise because they were afraid of Spoilers. They likely held back merchandising as part of cost/risk management and to not directly compete against Star Wars: Episode 9 merchandise by exhausting consumer spending prior to the conclusion of the train wreck’s release.

Regardless of the cause, this blunder serves as yet another example of Disney’s poor stewardship of Star Wars.