You can see a comparison shot between the new version and the original below. 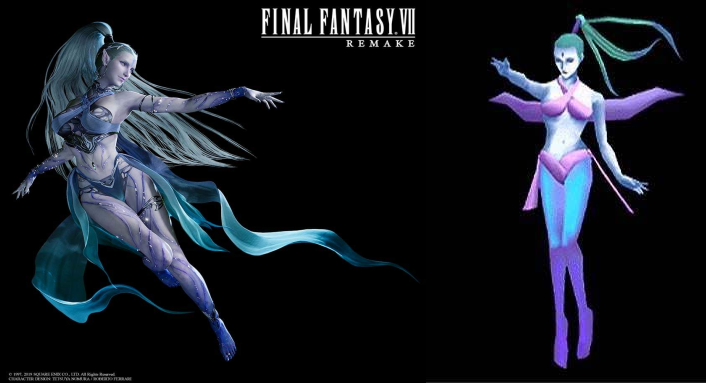 The image was originally posted up over on the Final Fantasy VII Remake Facebook page, where the photo was shared with the public.

As you can see, Shiva is not only wearing the two piece swimsuit she wore in the original 1997 outing of Final Fantasy VII, but she also has on a metal cuirass undercarriage that fits beneath the lower part of her lobules. The cuirass cups the curvature of her supple-looking breasts, but it doesn’t extend any further than that. The real censorship comes in with the cheaply drawn on texture design that swirls Prussian blue and indigo into what looks like a frieze pattern that breaks imbricating traditions underneath her bra, something that wasn’t present in the original Final Fantasy VII.

You can get a better look via the image below. 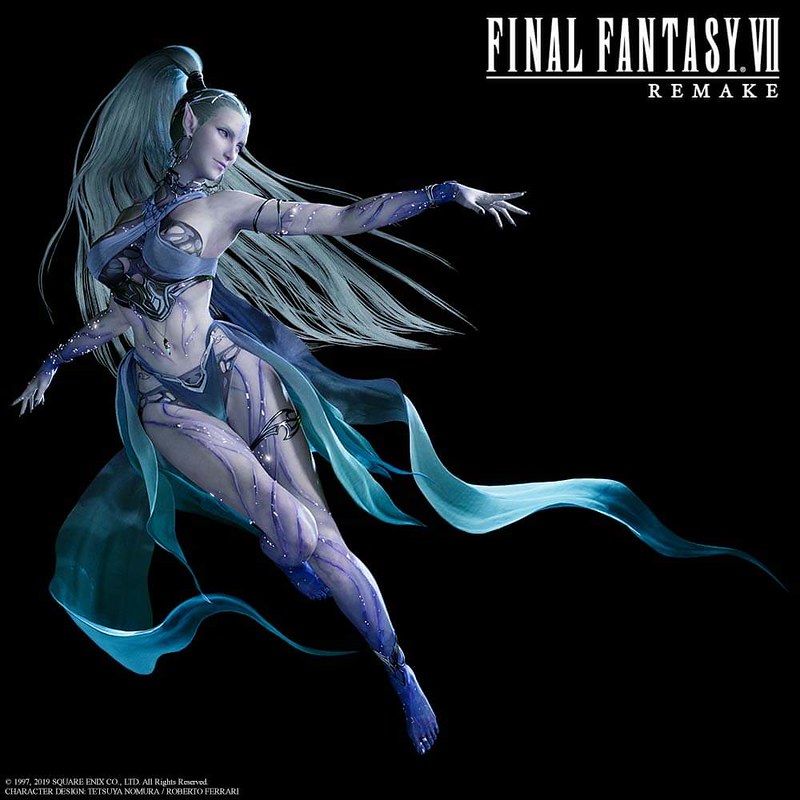 The patterns completely disrupt what otherwise been a sensual design that would have lured in the viewer’s eyes to glide across the exposed décolletage of Shiva’s mostly exposed upper body, like a curling stone sliding lustfully across black ice towards the house.

They also add more busywork around her legs to obfuscate the attention you would otherwise give to her lower-half. The patterns link into a connected pattern that connects to some kind of additional coverage beneath her flowing, Aegean-colored underwear. So she’s basically wearing extra panty protection under her panties.

If you compare the new design to the original, you’ll note that there was a simplicity in Shiva’s succubus-themed appearance in the PSX version of the game. There was no obfuscation of certain details and there was no censoring of her décolletage. You can view it below. 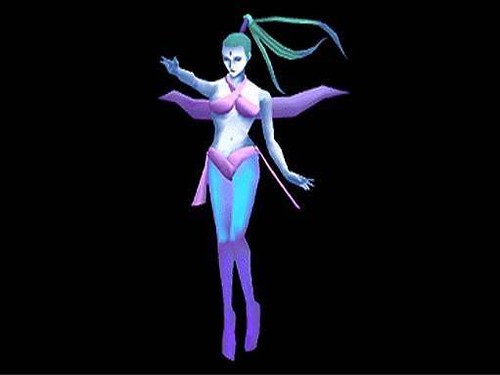 Square took that basic concept and evolved it quite a bit with Shiva’s remarkably striking appearance in Final Fantasy XV.

For those of you who don’t remember, Shiva in Final Fantasy XV was practically wearing nothing. Giving you a very clear and unobstructed view of her shapely, and gorgeous body. 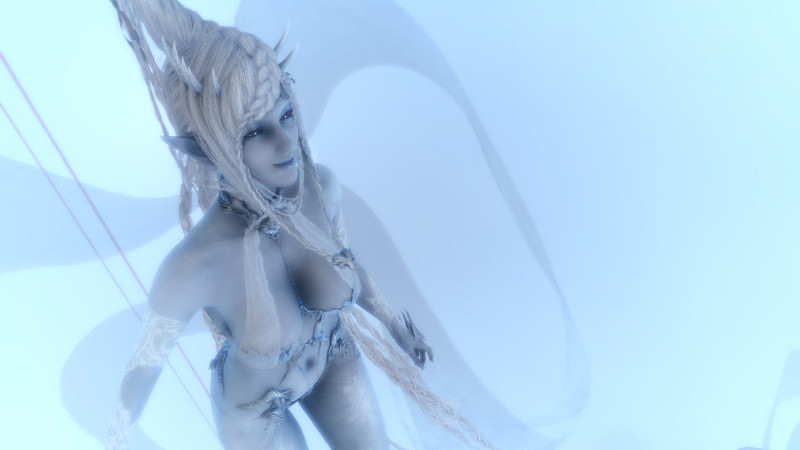 The poor Chinese gamers didn’t get to view Shiva in all her glory, though, as Square had to censor her for the mainland release of Final Fantasy XV.

Unfortunately it looks like the exact same thing is happening to Shiva’s appearance in Final Fantasy VII: Remake.

As captured in the screenshots by GameRant, Shiva now looks so much more covered up than before. 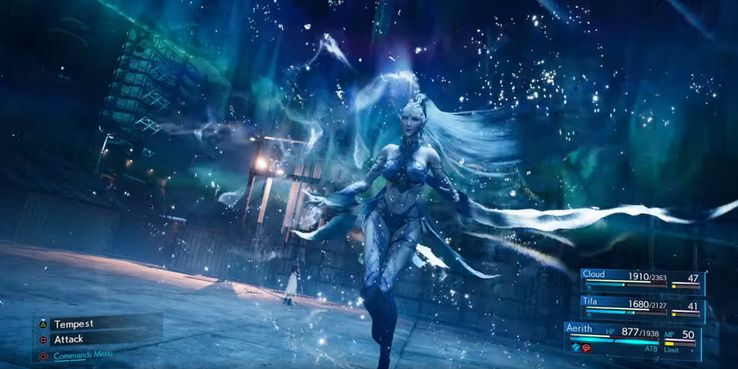 This is likely due to Square Enix’s Ethics Department, which was also responsible for ensuring that Tifa didn’t have boob jiggling physics and that she was duly covered with spats underneath her skirt.

I’m sure plenty of Centrists™ will make excuses, saying the extra clothing underneath her skimpy bra and panties set isn’t “censorship” and that it’s just an “artistic change”, while also denying that any self-censorship has taken place either. They used the same excuse for Mortal Kombat 11, even after Ed Boon confirmed that they censored the females in the game due to ideological reasons.

Final Fantasy VII Remake is due for release on the PS4 on March 3rd, 2020.

(Thanks for the news tip Prince Villasor)

EDIT: Some people are saying that it’s not censorship and that the design hasn’t been altered. Thankfully there are comparison pictures available that allows us to see that those remarks aren’t true. 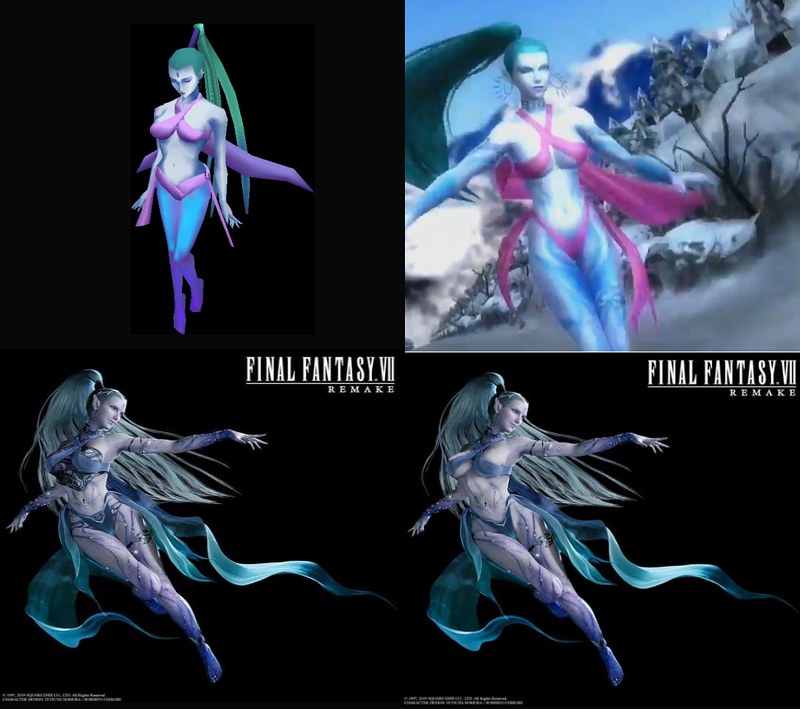 Clearly you can see that there has been additional coverage and that if they really wanted to stay true to the original, they would have updated her based on how she looked in Final Fantasy VII: G-Bike.