There’s a whole lot of wrong with Frank Miller’s Drak Knight Returns: The Golden Child, from two female leads being put in Batman’s place to save Gotham, to The Joker and Darkseid concocting a plan that involves getting Donald Trump elected (and yes, they’ve decided to make them a triumvirate of evil) to Miller including a Greta Thunberg lookalike in the comic fighting back against Trump and the dimensional overlord.

The whole comic is a complete and utter mess.

Nevertheless, Bounding Into Comics did a breakdown of the scene and explained contextually why the teen propagandist appears in Miller’s novel….

“Thunberg appears at the very end of the book as Carrie Kelley as Batwoman has assembled a group of protestors to take on Darkseid. Thunberg is one of the protestors.” 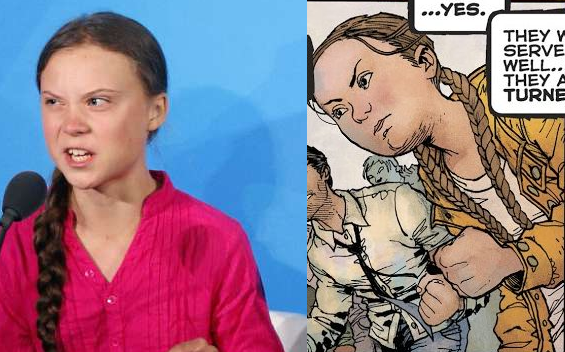 Carrie Kelley, as Batwoman, is one of the main heroines of the comic, along with Lara. The duo team up to take on Darkseid and The Joker, as the two have hatched a plan to give Donald Trump the political victory, and they’re using him as a puppet to control the people. 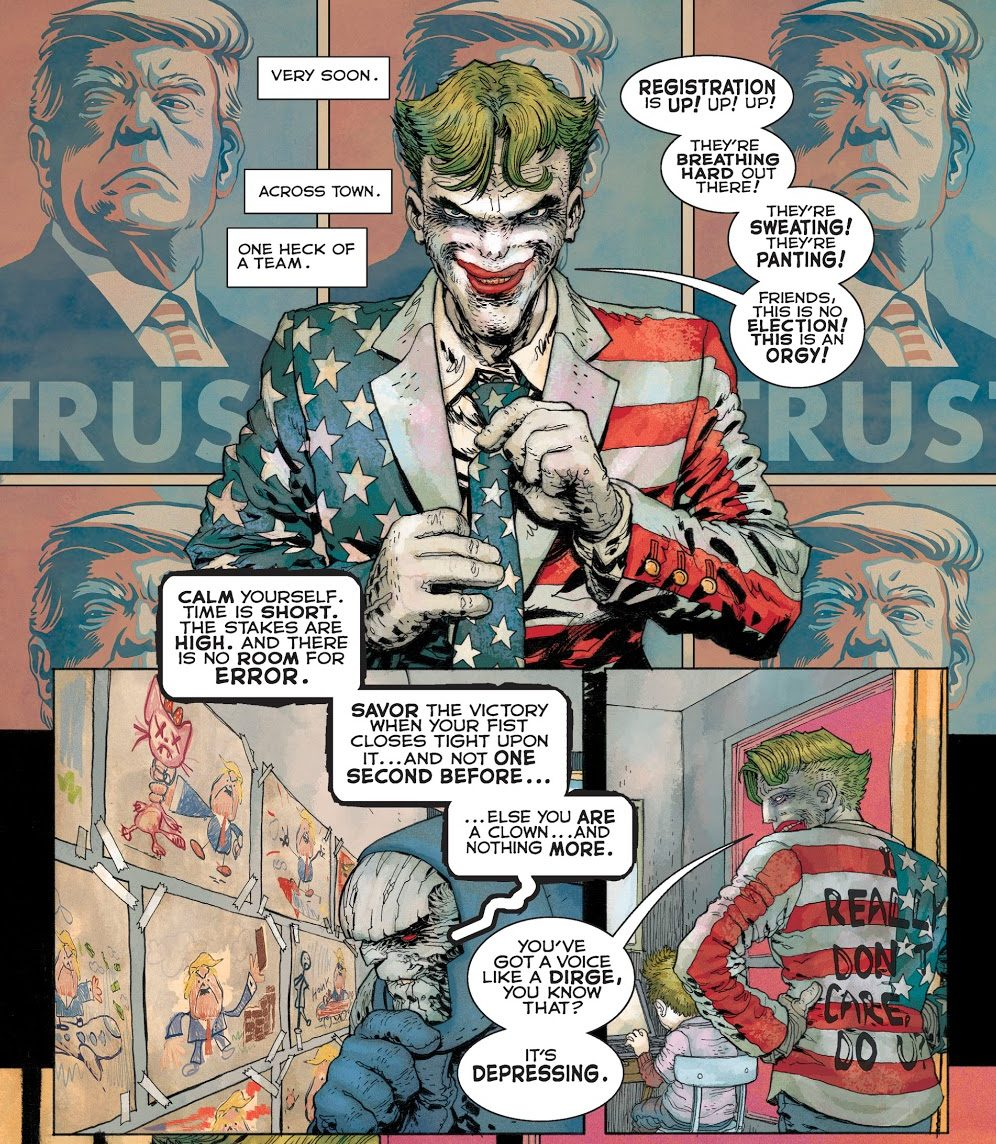 The whole thing is pretty disgusting but that’s where comics are these days.

There are some Centrists™ who still defend DC Comics, but they’ve fallen so far down the hole that there’s really no excuse anymore. The new Harley Quinn cartoon is an F-Bomb filled disasterpiece full of anti-white sentiments, there’s another Harley Quinn comic where she targets and berates #ComicsGate supporters, DC even hired Zoe Quinn to work on Deathbringer shortly after she was involved with the death of Alec Holowka.

DC is basically lost at this point.

Adding in a Greta Thunberg expy to help push their propaganda isn’t going to do much for people who aren’t already brainwashed. However, Thunberg’s incessant promotion within media did eventually get President Trump involved, who took a very well deserved snipe at the teen disruptor.

So ridiculous. Greta must work on her Anger Management problem, then go to a good old fashioned movie with a friend! Chill Greta, Chill! https://t.co/M8ZtS8okzE

But enough of that tangent.

With Frank Miller’s Dark Knight Returns: The Golden Child getting woke, I do wonder how long it will take for it to go broke once word spreads around?

(Thanks for the news tip Asuka Soryu Unit02)