A wise man on a mountain once said… “it is wise to hold some of the wisdom and experience of previous generations as it is applicable to the present, but never ever go full Boomer”. Gab in their puritanical march has finally achieved full Boomercide with their recent tirade over Baby Yoda. 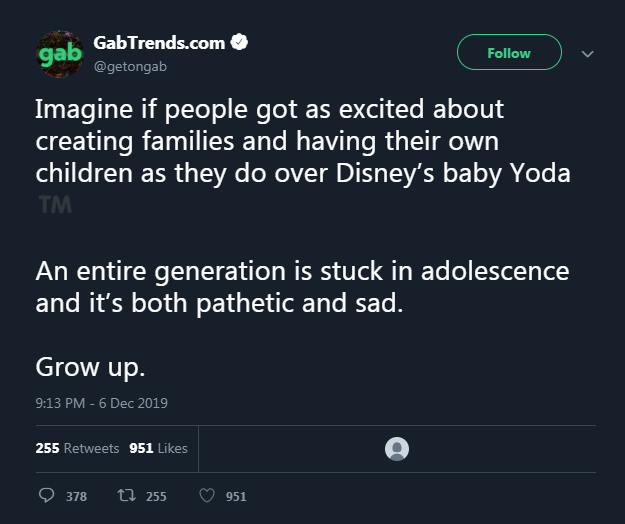 The problem is in order for traditionalism espoused by the likes of Gab to work, both male and females have to honor their roles in the relationship and the law was designed around maintaining this social order. Men could no more fail to provide for their family that they signed a legal contract called marriage to produce than women could commit acts of adultery or fail to live up to her duties as a wife.

In order for traditionalism to work both genders need to resume their roles and the legal structure that kept this system functioning needs to be restored. Yet Traditionalists do not want to carry out the very basic requirements to see their preferred social system restored. Instead they want laws that allow for a man to be turned into an economic slave through easy divorce proceedings that no longer care who caused the marriage to crumble to remain, but men have to return to their traditional roles.

That’s not even before getting into the economics of the issues. Right now it costs $233,610 to raise a child to adulthood, according to Investopedia. With the first year averaging $21,000 for a household earning $41,000 a year, and $52,000 for one making $200,000 a year. Yes it is economically more affordable to have a child if you are wealthy. 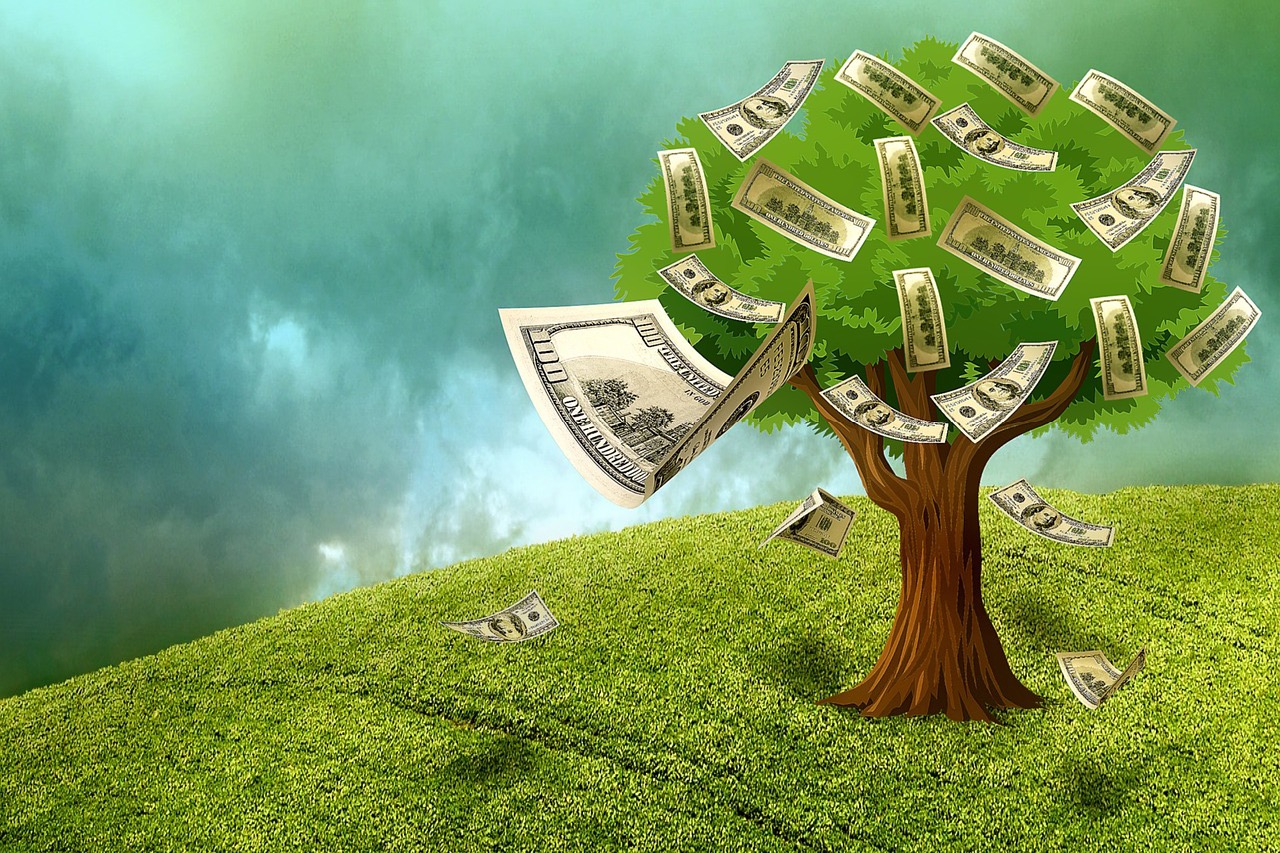 When families have to pay for rising utilities, property taxes, insurance, income tax, along with other expenditures the reality is there isn’t enough money left to even consider bringing a child into this world let alone a large family to sustain population figures at a rate of 2.3 children per family.

Thus in our rather short and general breakdown there are both social reasons for men to be disinterested in marriage that penalizes them every step of the way, and economic reasons that make having a child cost prohibitive. Some will argue that this is by the design of 1900s Eugenics philosophy that became popular amongst elite circles, but whether it is by accident or design this is our reality.

As we do not have a money tree or the capacity of mutually assured destruction to keep regulators at bay it is nothing short of elitist privilege to say “why don’t you just have a family and kids?” Yet instead of addressing these issues Gab and other Diet Social Justice Warriors on the right opted to simply take away the circuses that make this entire system tolerable. In the belief if men don’t have video games, porn, or distractions they’ll simply fall in line, get married, and work themselves to death providing taxable income that is a net positive for governments. 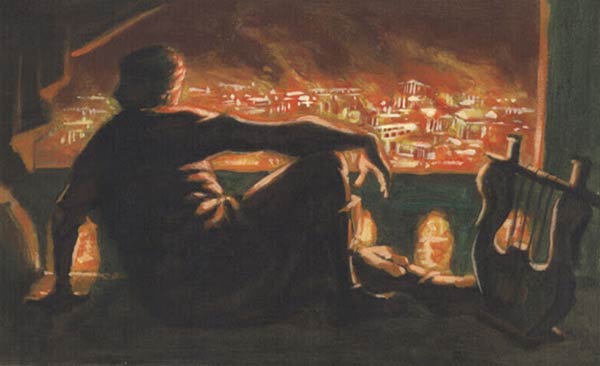 Since Gab and their ilk have abandoned reason there can be no dialog, so “Okay Boomer” will have to suffice.