NG:Dev.Team and EastAsiaSoft announced that Gunlord X, the 16-bit inspired, retro-themed, side-scrolling action-platformer that originally launched for the Nintendo Switch has now made its way to the PlayStation 4 as a digital download.

You can grab a copy of Gunlord X from the PlayStation Store for $9.99.

The game features classically designed hand-drawn sprites with painted backgrounds and old-school parallax multi-layered scrolling with a fast-paced soundtrack and 11 different worlds to explore, 60 different enemies to defeat and a handful of bosses to conquer.

The game mixes in traditional platforming segments along with fast-paced bullet-hell levels where you take to the skies and battle against all manner of cyborg demons, henchmen, and even dragons.

I have to say that this looks like something that came right out of the Neo Geo era. The sprite work is really well done. And while some of the larger bosses look like they have Flash animation, the actual main character moves well, along with the other enemies and environments.

I’m also glad to see that the artwork features a super sexy damsel in distress getting rescued by a cybernetically enhanced chad. That’s the way it’s supposed to be!

NG:Dev.Team and EastAsiaSoft definitely know the way to the heart of us true hardcore gamers. 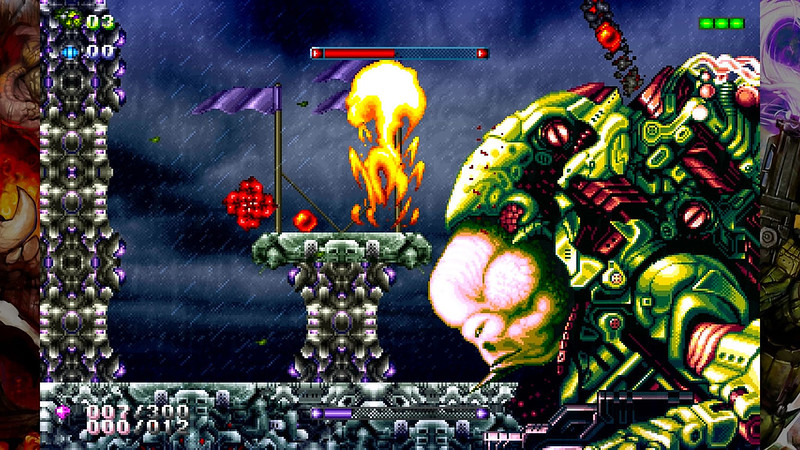 The bullet-hell style side-scrolling sequences fused with the challenge-based platforming and non-stop action will likely appeal to people who enjoyed rip-roaring games like Cybernator, Yardion or Genocide 2.

I’m almost shocked Sony even let Gunlord X on the PlayStation 4 without subjecting the title art to their asinine censorship policies, forcing the busty chick to slap on a burka so she can be more dressed appropriately for [current year].

But enough about Sony and their idiocy. If you want to get your hands on Gunlord X you can do so right now by hitting up the PlayStation Store.