One of the more popular anime shows in recent years is Danmachi or Is It Wrong To Try To Pick Up Girls In A Dungeon?. The series managed to nab a dungeon-crawling JRPG that released in late November in Japan, but PQube decided to flex their localization muscles and pick up the rights to publish an English version of the game for PS4, Nintendo Switch, and on Steam for PC in 2020.

RPGSite picked up the news from PQube, who rolled out a trailer to announce that the game was coming to home consoles and PC next year.

You can check out the minute long trailer below to get an idea of what the gameplay and characters are like in Is It Wrong To Try To Pick Up Girls In A Dungeon? – Infinite Combate.

The game is a traditional isometric JRPG, where your goal is to raid underground dungeons with your party of super hot companions, all of whom look gorgeous and have big boobs on top of that. They’re the complete opposite of the ugly, mannish-looking pieces of crap we see in almost every other Western-made game.

To top it off is the game’s romantic elements tucked into the visual novel-style interaction system where you can get to know the members of your party a bit better and learn more about their more hidden talents. 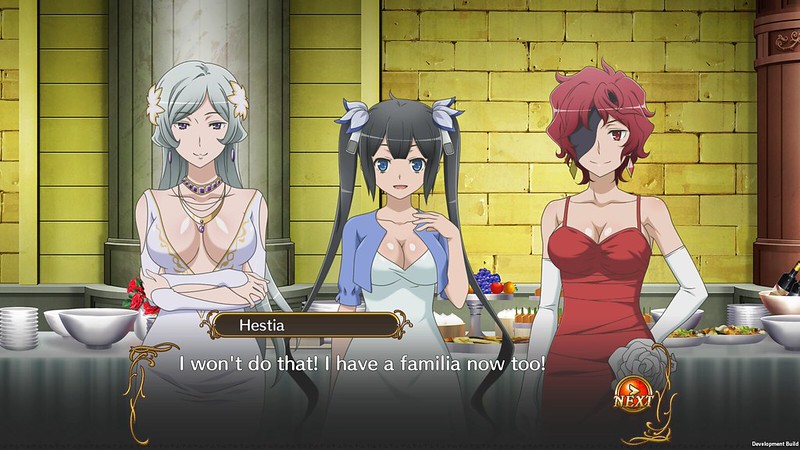 In addition to the story mode there’s also an Extra Dungeons mode, where you can test your skill and mettle against a wide variety of enemies in procedurally generated dungeons. Outside of that there’s also the Date Events, where you can raise up your affinity with each character and go on dates to unlock new information, secrets, and relationship goals.

You can look for Is It Wrong To Try To Pick Up Girls In A Dungeon? – Infinite Combate to hit home consoles and PC (save for the Xbox One) in 2020.