A number of games have been banned from Steam recently, in addition to Valve rejecting VenusBlood Frontier’s all-ages English release. Ninetail are trying again in hopes of getting a more censored version of the game approved for release on Steam, but it’s not looking good. There’s a Google document that reveals all the recent games that have been banned from Steam, and the ones in the headline are just a few of many.

While Valve claimed that they would be opening the floodgates and that they wouldn’t be the “taste police” for content curation on the platform, it turns out that they’re now fully on board with curating content and banning games based on their own tastes and sociopolitical principles.

Some of the recent games banned include Luna Soft’s R18+ action-RPG, Magic & Slash: Riru’s Grand Sexy Adventure, from publisher MangaGamer, which originally came out in Japan back in September of 2018. MangaGamer was obviously looking to put the English release on Steam. Those hopes are now dashed.

Magic & Slash was banned on December 12th, shortly after they submitted the basic header image and thumbnails in the Steam database.

Sekai Project and Le:Code’s visual novel Wabisabi was also banned on December 12th, 2019, according to the SteamDB entry.

What makes Wabisabi’s ban so bad is that they have a huge notice on the official website stating that it’s coming to Steam in 2019.

The game was going to be released as an all-ages version on Steam, with an off-site R18+ patch made available on the official website.

But apparently even being an all-ages version with no adult content wasn’t kosher enough for Valve. 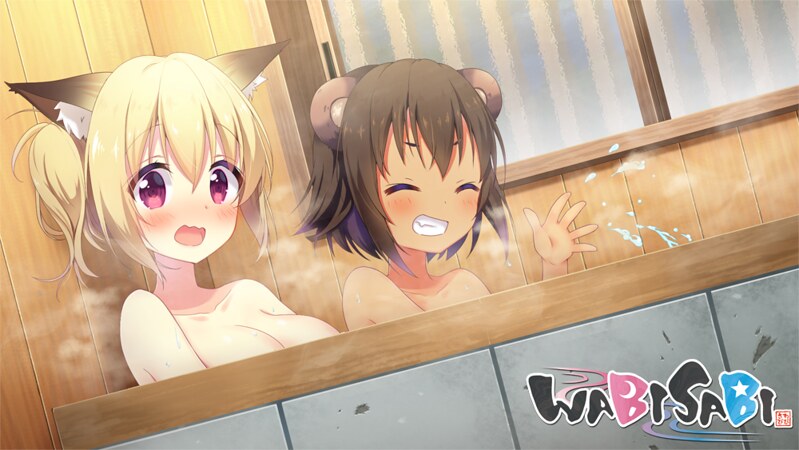 Then again, Valve hates lolis and there are two flat-chested chicks in Wabisabi, which likely caused someone at Valve to have an aneurysm.

Perhaps if they do like Simon Creative – where Valve forced the developers to delay the game and censor out the lolis – Le:Code might be able to get Wabisabi approved for a Steam release.

Previously Sekai Project used to be known for getting most of their visual novels approved for release on Steam, especially if they were the all-ages version, but it looks like that’s no longer true.

ADOOM’s Hypnosis Play was also banned on December 12th, 2019, according to the SteamDB entry.

It’s unclear if the version submitted to Steam was the R18+ version or the all-ages version. Unfortunately there’s no store page so there’s no way to tell how the developers attempted to portray it, and it didn’t make it far enough in the approval process to see what the game would have been presented like to the general public on Steam.

Even though it didn’t get far enough to receive a store page, it did have a 21 second safe for work trailer uploaded to give gamers a brief glimpse at what the RPG Maker eroge was like.

What we do know is that some platforms have lately been cracking down on hypnosis erotica. Patreon, for instance, banned pornography themed around hypnosis.

The reason that sexualized hypnosis has been getting hit with the banhammer is because regressives consider it “coerced consent”, and therefore they no longer allow it.

I don’t know if this is the reason why Hypnosis Play was banned from Steam, but given that Big Tech collectively work in hivemind circles when it comes to censorship, I honestly wouldn’t doubt that was the reason it was banned.

And for those disinformation agents out there willing to spread fake news or falsehoods about the title, none of the tags on the other adult stores indicate there was any hypnosis involving lolis or school kids. So don’t even start with attempting to spread misinformation that Valve banned it for being “illegal”. It does have an incest theme, though.

You can still purchase Hypnosis Play from over on the DLSite store page.

Other games that were banned included the 3D eroge Bikini Santa on the Bed, and the puzzle game Beauty’s Diary, both of which got nuked on December 12th, 2019.

Given that Valve silently conveyed to developers that school outfits and school settings could net the game a ban that’s probably the reason Beauty’s Diary got banned, even if it didn’t actually contain actual nudity.

It’s possible all of these games could make it back onto Steam, as we’ve seen with Taimanin Asagi and Hello, Goodbye, both of which were banned originally but eventually found their way back onto the platform after heavy edits and plenty of censorship, but that’s usually not the case for DLC.

Speaking of which, one of the more significant bans, though, is the Cafe Crush Oppai Mode DLC, which was promised to Kickstarter backers, but Valve nuked that possibility from coming true.

The DLC would have added some extra lewd content for Drunk Bunny Games’ Cafe Crush, which originally released on the Steam store back in January of 2019. So the base game was already approved for release by Valve a year ago, but the DLC was forbidden.

A similar situation happened with HappyHand’s Niplheim’s Hunter, where the base game had to jump through some ridiculous hoops to get approved, but then the R18+ DLC was banned because Valve claimed it “exploited minors”.

Apparently designer Michael Emerson informed his Kickstarter backers that Valve denied the release of the Oppai Mode DLC for Cafe Crush, but the post that was made on December 12th, 2019 was made private so only backers could see it.

One would think that they would want the world to know that their content was being banned or censored from a platform unfairly, but a lot of times these developers are desperate for the market reach that Steam provides them. So they attempt to play by Valve’s ever-changing, ever-morphing rules where they get more and more strict when it comes to visual novels, anime games, and indie titles made by Asian developers that feature attractive females.

Of course, you can expect the typical Centrists™ to continue to defend the bans and make justifications for the censorship, just until it reaches a mainstream title and then they’ll eventually throw a hissy fit. As usual, though, by the time normies begin to complain about the bans, the censorship will have spread too far and we’ll already have reached the point of no return.