Netflix’s First Temptation of Christ, from Brazilian director Rodrigo Van Der Put, has been causing quite the stir. The Christmas film parodies Sidney Poitier’s Look Whose Coming To Dinner, except instead of having Jesus in a controversial interracial relationship, they decided to go a step further and put him in a homosexual relationship with a man named Orlando.

The movie doesn’t even attempt to hide what it’s about, as described by Ready Steady Cut…

“The setup is that Jesus (Gregório Duvivier) attends his 30th birthday surprise party with his boyfriend Orlando (Fábio Porchat). The party, thrown by José (Rafael Portugal) and Maria (Evelyn Castro), has a number of high-profile biblical guests, including God (Antonio Tabet), which prompts plenty of debate about parental rights and responsibilities as Christ grapples not just with his parentage but with his own spiritual journey.”

You can check out the trailer for the film below, courtesy of Trailer Trailerz.

Just as the description above depicts, Jesus brings his gay lover to meet his parents. The arc of the story is that Jesus is eventually visited by God and is given an ultimatum where he either gets to live out his life as a gay man or sacrifice himself for the sins of others.

The gay portrayal of Jesus Christ has led to quite the stir within certain communities, as reported by White Cis Male.

In the video he explains that there are already some protests and censures being dispensed by religious communities.

The mockery of Jesus also managed to get some communities to put together a petition for the film.

Breitbart reported that the petition on Change.org to get the 46 minute movie pulled from Netflix has reached more than 1.14 million Brazilians, who have signed the petition.

Some people are arguing that this is just freedom of expression at play, and there’s nothing wrong with the film. However, Amazing Lucas points out that the mockery is always only in one direction.

However, it’s not possible to make fun of Muslims or the Prophet Muhammad without the artists being threatened or – in the case of Charlie Hebdo – killed.

It’s interesting because there seems to be mockery, satire and “comedy” always directed at one specific religion. We’ve seen a continuous and unrelenting attack on straight white males, white Christians, and just about all things heterosexual (save for interracial relationships, which are the holy grail of Liberal Progressive propaganda). 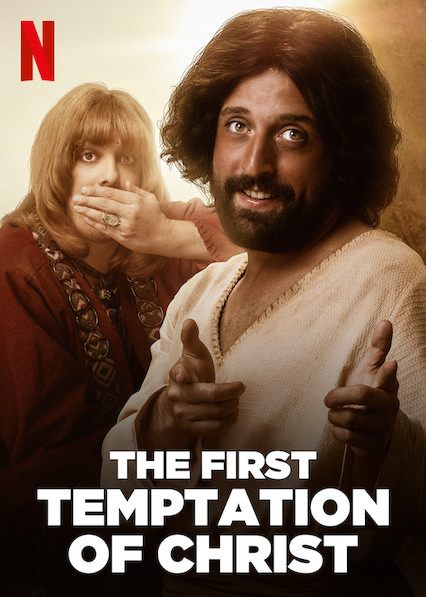 I doubt Netflix will kowtow to the triggered Christians, though. They don’t care about outrage mobs unless it’s a bunch of spergs on Twitter with rainbow flags and pronouns in their profiles.

Even still, if Netflix were really sincere about their pursuit of being a platform for creative liberty, then they would also court creators willing to poke fun at Islam. But we all know that’s not going to happen, is it?