Back in July of 2018 we reported on long-time professional comic book artist, Ed Benes, branching out on his own to make a super-sexy, sci-fi adventure, Nina & Ariel, about two hot chicks surviving in a post-apocalyptic war zone. After heading to Kickstarter to fund the project, they’re heading back to IndieGoGo to crowdfund the second issue and an even bigger #1 outing.

The return to IndieGoGo will be to include additional content that didn’t make the cut during the initial Kickstarter run. Over on the IndieGoGo page they’re currently asking for $15,000. The campaign still has 28 days to go, but they’ve already gathered 40 backers and just over $2,400 as of the writing of this article.

Of course, most people are probably asking, “Why are doing yet another crowdfunding campaign if they already had a successful one last year?” Well, I’ll let Ed Benes explain it in his own words, where it tackles the elephant in the room right out of the gate.

They wanted a higher quality product; not everything they wanted to do made it into the first campaign; and they felt they could start pushing toward expanding the content in the way that they wanted by doing a second campaign.

So in addition to funding the #1 issue, you’ll also be helping fund production on issue #2 as well.

With the IndieGoGo campaign they’re boasting about having 80 pages, three additional story pages, new extras, additional art from new artists, and an interview about Nina & Ariel #2, all jam packed into the Deluxe Edition. 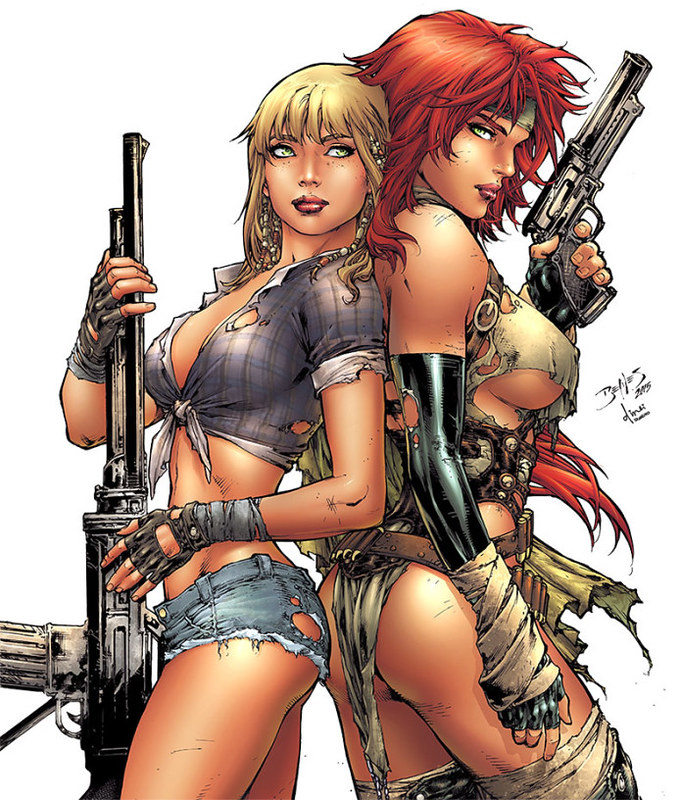 You can also purchase a variety of variant cover arts depending on what floats your boat, offering backers different variants from different artists and their interpretation of the dynamically dressed duo.

All versions of the comic are due for release in March of 2020.

If you were interested in supporting Nina & Ariel you can do so by visiting the IndieGoGo page.