Pearl Abyss is working on a brand new, high-end MMO for consoles and PC called Plan 8. The game was announced at the start of December, teasing the concept of suiting up in an exo-suit and doing battle against cyborg enemies in a post-apocalyptic setting.

Pearl Abyss followed up the announcement with some new screenshots for the game, which is being co-developed by Counter-Striker co-creator, Minh Le. 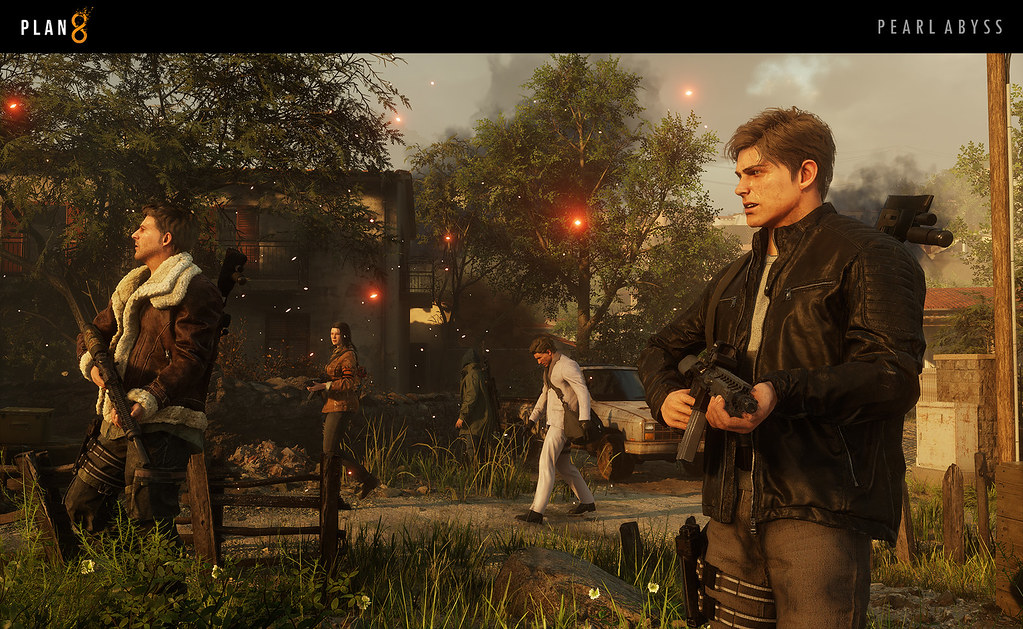 The one standout screenshot is the one featuring the player-characters, wielding some large weapons and dressed for combat.

The first thing you’ll note is that the men look proper; they have the kind of face structure and body build that makes you believe they can kick butt, take names, and kiss girls.

They aren’t deformed freaks, or “diversity” hires, which have become all too common in most other Western titles, where the characters are designed to make you projectile vomit due to how unattractive they are. 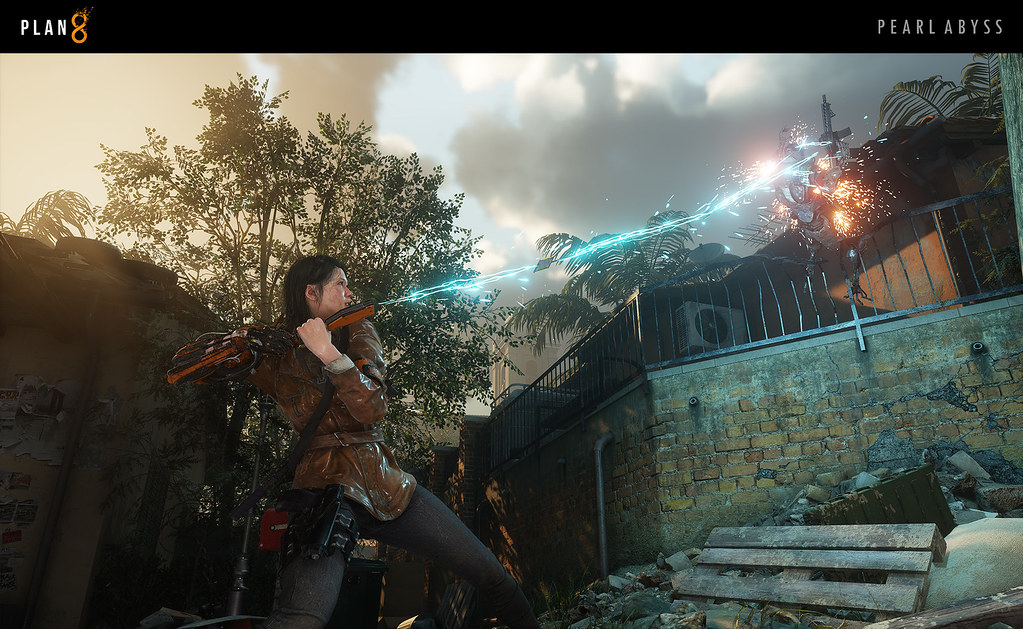 The only downside is that due to the realism of the game’s setting, the women aren’t as exposed as they are in Pearl Abyss’ fantasy-MMO, Black Desert Online.

They now wear jeans, boots, jackets, and exo-suit armor, which certainly strips away from the sex appeal that they sported in Black Desert Online.

Hopefully there are other costumes made available that allow gamers to indulge in the more lascivious aspects of the female form. 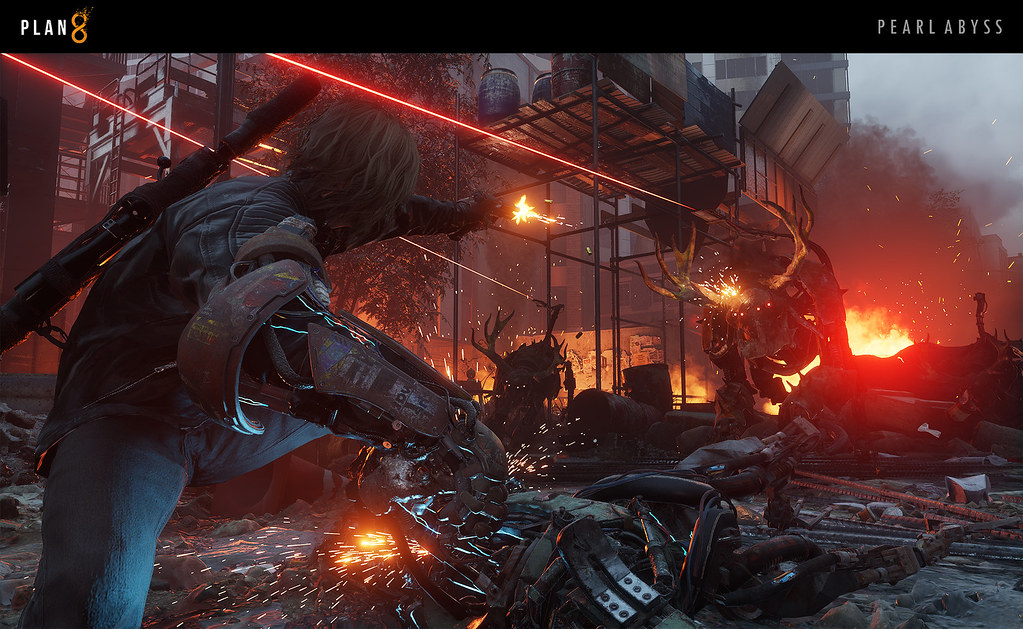 We also see a variety of scenarios where the player character is attempting to scavenge goods from the street, or taking on enemies in ravaged downtown areas.

The game reminds me of what a good multiplayer Terminator game should be like, but the closest we’ve come to something along those concepts is the censored Terminator: Resistance. 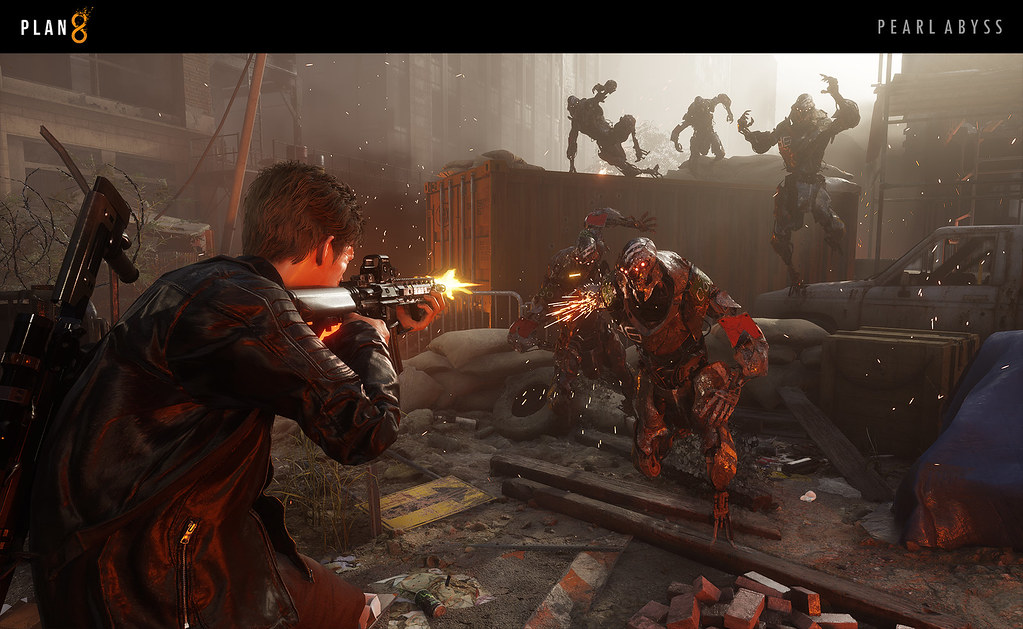 Plan 8 is designed around housing realistic graphics while combining them with sci-fi elements. The game is built on the Pearl Abyss proprietary game engine so that it could be properly optimized to do exactly what the developers wanted. 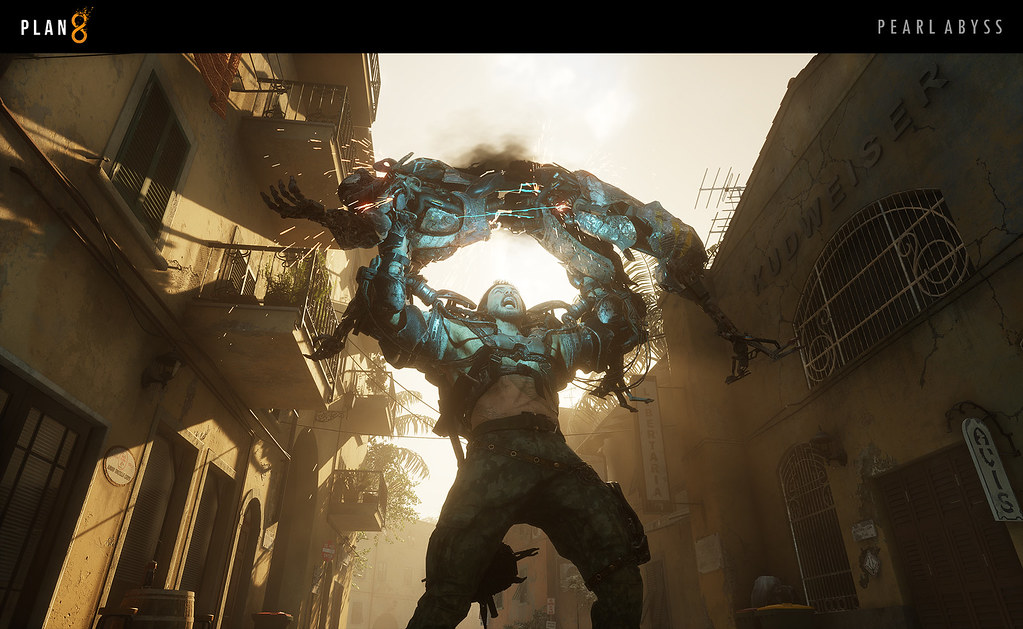 Based on the screenshots, it looks like you start off with just some basic weapons and no gear, but as you progress you begin to gain access to bigger and better equipment, larger exo-suits, and heavier weapons.

In one screenshot we see a guy completely decked out in a large-frame suit nearly completely covered in armor, and rocking a large caliber cannon. According to the press release different exo-suit parts help with different types of functionality. Improved legs will help you jump higher while upgraded arms will help you to climb difficult terrain. 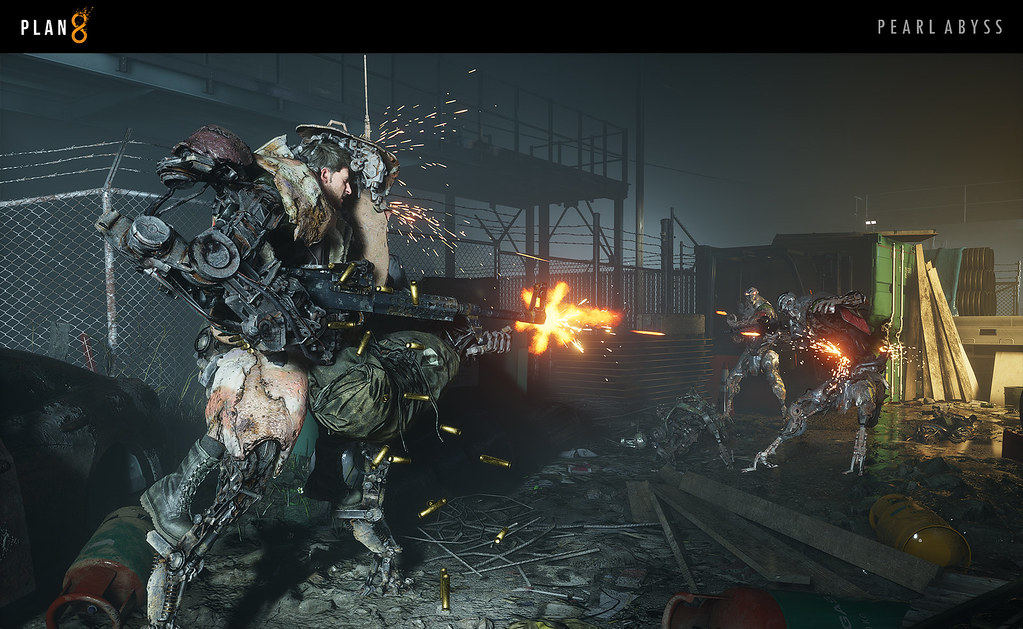 The game will apparently sport customizable weapons, where you can acquire enhancements and modifications for the weapons you scavenge across the open-world map.

The concept reminds me of Generation Zero meets The Surge 2. Hopefully it’s more immersive than both those games. We’ll likely find out more leading up to the game’s closed beta test.

For more info you can visit the official Plan 8 website.