Capcom officially announced that Resident Evil 3 is getting the remake treatment courtesy of the RE Engine for the Xbox One (along with Xbox One X enhancement support), the PlayStation 4, and on Steam for PC. The game will release on April 3rd, 2020.

Previously some rumors hinted at Capcom not having any new major Resident Evil announcements to make for the year, but Capcom threw in a swerve ball to give gamers something fresh to intake before the Christmas rush gets underway.

The announcement was made during the most recent PlayStation State of Play, where we were able to get a glimpse at the completely overhauled Jill Valentine and Carlos. You can check out the announcement trailer for the game below.

The composition of the trailer isn’t bad, but by Jove what did they do to Jill?

Previously she looked like a super model with a handgun. Now she looks… scraggly, scruffy, and unkempt.

As you can see, Jill no longer looks like a bombshell knockout; the kind of woman who was leagues above your own standards. Everyone already knew that she was so hot that just like a Lolita trying to escape from Epstein Island with her virginity intact, there was no chance.

Now? If I saw her at a bar I wouldn’t even double-take. 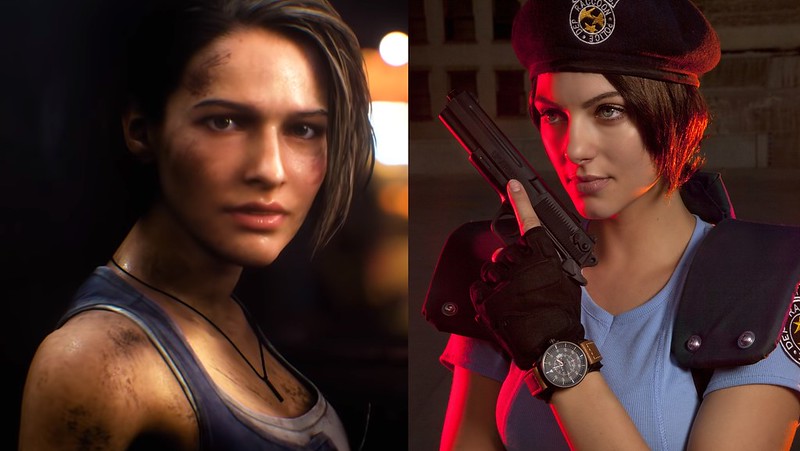 Just compare her to her original model, Julia Voth, who looked like a model.

She was the kind of woman that you knew valued her looks and we valued them along with her.

As you can see, the big difference between the two is that Voth has far softer features. So even when they had her model appear in the previous games without makeup on, she looked feminine and… soft.

With the Resident Evil 3 Remake, you can very readily see that this new Jill Valentine is a lot rougher around the edges. Her cheekbones protrude more and have a stronger indentation leading down toward the jowl, creating a slightly more hardened look.

As pointed out by Noriyuki Works, Julia Voth’s Jill Valentine is still the most iconic, along with the tube top and mini-skirt.

#ResidentEvil3 (1999)#RE3Remake is probably confirmed, but the biggest worry of every RE fans is the model & costume of #JillValentine#JuliaVoth still the best model, also the original costume it’s an important trademark of Jill in #RE3
Please, dont change her in remake m(_ _)m pic.twitter.com/bI3qh2ejeV

Capcom abandoned that for the new game, opting to put Jill in more tactically-oriented casual clothes.

Essentially she’s made to appeal to the modern day sensibilities of feminists, because a sexy, strong woman isn’t allowed to be front and center in a mainstream game anymore. 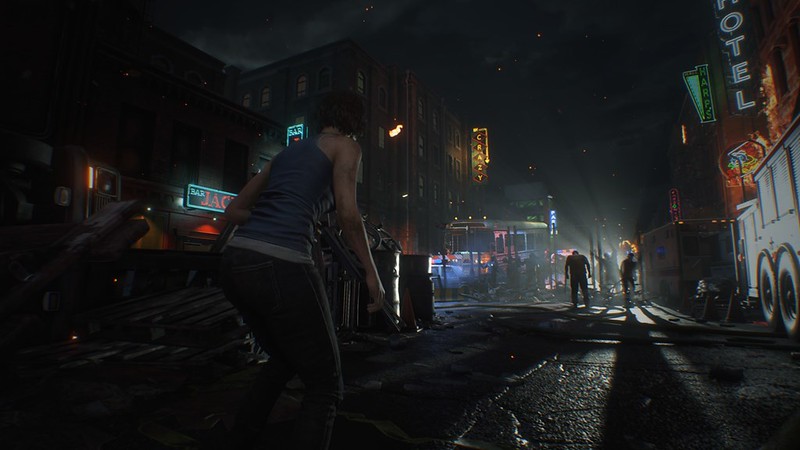 Now as a way to assuage some of the obvious protests that would emerge from actual gamers (you know, the people who buy games and play them and not the fake kind who crowd Twitter all day saying “oof”, and “yikes”, and “this ain’t it, chief” and “I stan with her”), Capcom also announced that there is a pre-order bonus going on right now featuring the classic Resident Evil 3 costumes for both Jill and Carlos. 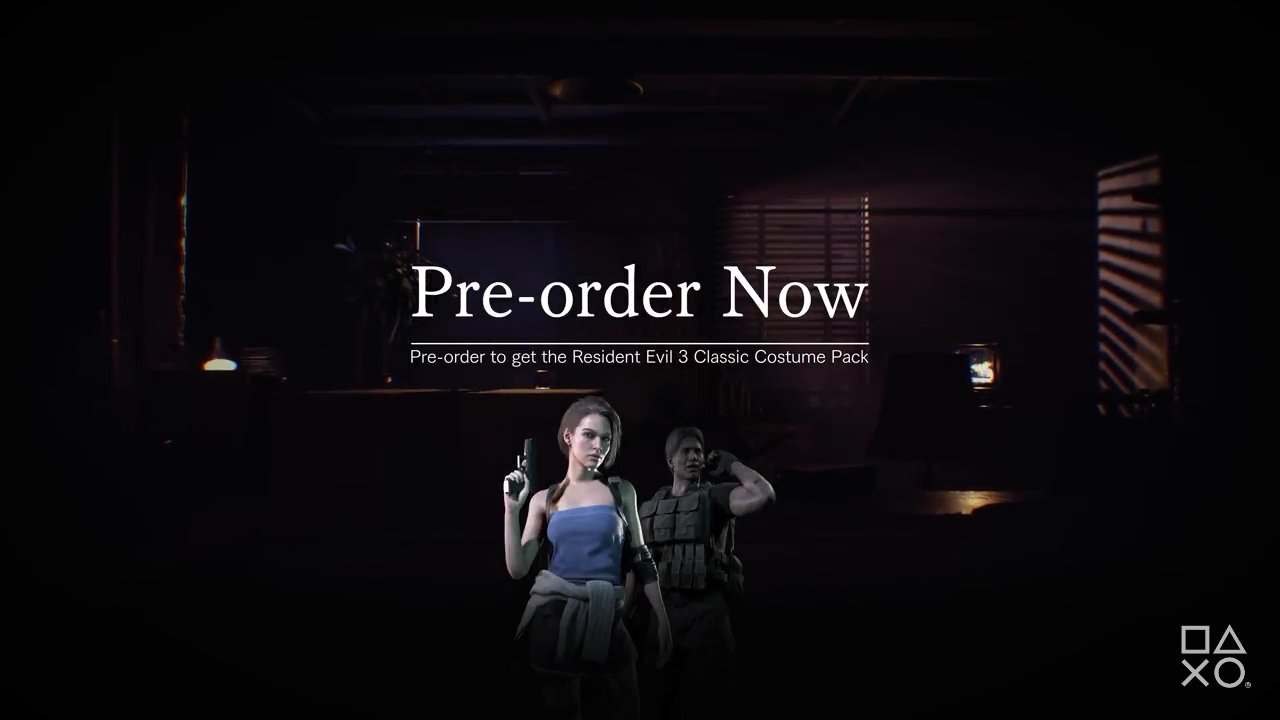 I also find it funny that the image cuts off right at Jill’s thighs, so you can’t see where her mini-skirt stops.

There’s a whole lot of content wrangling going on to ensure that Jill, in no way, came across as sexually attractive in the trailer or the promotional material. A huge far cry from the old campy iterations of Resident Evil from the late 1990s and up through the mid aughts.

In any case, this was to be expected from Capcom, the same company that blamed European legislation for the censorship of Devil May Cry 5 on the PlayStation 4… even though the Xbox One and PC versions weren’t censored.

But if Resident Evil 2 Remake was anything to go by, the PC version is going to receive some really awesome, unforgettable mods… for Jill.