Leave it to the DCEU to actually produce a solid looking film based on the popular Elsewords rendition of Superman called Superman: Red Son, where the Man of Steel landed in Russia instead of in America, and was raised under the Soviet regime to become an indomitable icon of the U.S.S.R.

The new trailer for the upcoming film features a minute and a half look at the animated feature that follows the exploits of Superman as a champion for Russia all throughout the Cold War.

He manages to court Wonder Woman, battles against a militarized Green Lanterns Corps, and then finally faces off against Batman.

You can check out the trailer below courtesy of IGN.

One thing I noticed is that they don’t paint the Soviet Superman as simply being evil. They seem to depict as being multi-dimensional. Sculpted and chiseled under the Soviet doctrine, but still caring and considerate. Based on the trailer it looks like there’s a layering of character development involved that spans how Superman comes across in politics, in the public eye, and across the world’s media.

But in some ways it doesn’t shock me at all given that there’s been this heavy push from mega-corps to show lenience and favoritism toward all things Communism. It’s a fairly disgusting practice in recent times, but a common one that shouldn’t be ignored. 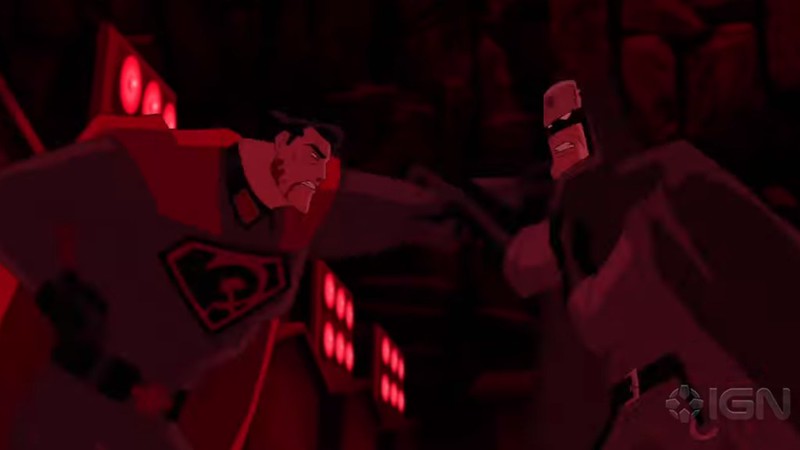 But we don’t know exactly how this will play out or which side of the coin Warner Bros., and DC will go with. Hopefully it doesn’t turn into yet another Batman wank-fest, which is has been the case for a lot of DC’s movies lately. Also, hopefully it doesn’t turn into a Communist wank-fest, which seems to be all the rage in Hollywood at the moment.

It’s likely going to be a difficult task straddling that line and doing right by the character, the story, and the setting without veering off too far to one side or the other and becoming an exercise in narrative self-fellatio.

You can look for Superman: Red Son to land on DVD, Blu-ray and streaming services come 2020.

(Thanks for the news tip General Genocide)