Chinese outfit Evolution Studio announced that the cross-epoch MOBA game, Blood of Steel, has been delayed by a month. Originally the game was announced for a January 9th, 2020 release, but they decided to delay the game and push it back to February 20th, 2020.

The reason for the delay was mentioned in the press release, with the developers wanting to spend a little more time refining the gameplay. I don’t know how much a whole month will help in fixing whatever problems they’ve encountered, but it’s better to delay a game in hopes of making it great than to release it early and have it forever stained with being terrible. Remember, you only get one chance at a first impression.

They haven’t uploaded any gameplay videos, but they did showcase a new teaser video showing off some of the different outfits you can acquire/unlock for the characters.

Even though it’s only four seconds long, we see a handful of different outfits on display; some of them are modern, others are more classical. It’s quite obvious that Evolution Studios doesn’t mind taking an anachronistic approach to the characters and their attire for Blood of Steel.

Hopefully they don’t take that as an opportunity to exploit the community with needlessly endless microtransactions, but the press release did mention that there will be an in-game store where you can purchase weapons, skins, and new heroes.

On the upside, though, at least we know that the female characters are portrayed with a sense of sex appeal. Had this been a Western-made title, all of her attire would have been covering her up from head to toe while the males would be decked out in barely-there loin cloths and pelvis flaps. 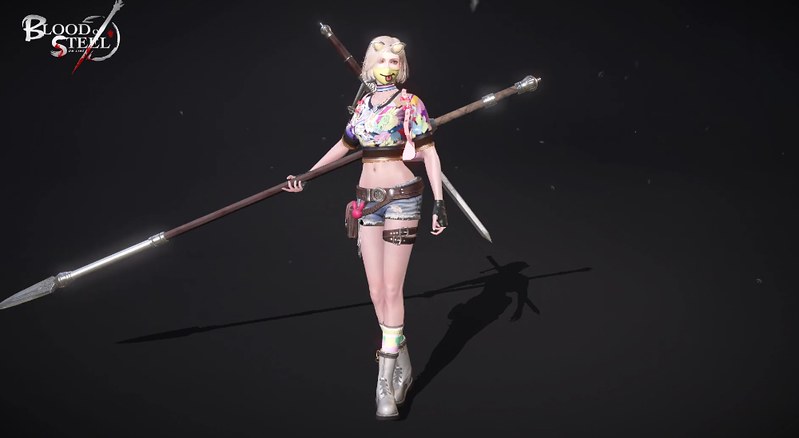 In this case we see that most of the outfits consists of short-shorts, tank-tops, bras, and crop-tops. What would be really cool is if you can mix and match the different parts of the attire.

They mention that all of the microtransactions are purely cosmetic and won’t affect the overall balance of the gameplay, but we’ve heard that song and dance routine before.

If you need an idea of what the actual gameplay is like, here’s the original gameplay video from a couple of months ago:

It’s like a mix of Dynasty Warriors meets For Honor meets League of Legends. You’ll command a hero character on the battlefield and attempt to take over control points. You’ll need to whittle down your opponent’s armies by wiping out their minions and eventually taking down the rival heroes.

The highlight of Blood of Steel is that it features iconic generals, warlords, captains, and leaders from throughout history and from different cultures, allowing gamers to pit some of the most iconic war heroes against one another across a variety of challenging maps.

You can follow the development of Blood of Steel or wishlist the game by visiting the Steam store page.