If there was ever a project title granting complete immunity to the scammer were the project to indeed turn out to be a scam it would be: Cash Grab. Really now, what did everyone expect was going to happen throwing their money at such a project? We would have only ourselves to blame as we pitchfork and torch the scammer.

If you can’t guess from the name alone Cash Grab is 48+ pages of superhero action-comedy. Featuring everyone’s favorite unknown superhero Cecil: A fat slob who wrecked his entire life and wants to make amends by becoming New York City’s newest hero. As apparently friendly neighborhood spiders are busy and those that avenge are too good to handle the small-time criminals and supervillains.

Along with laughs, the creator Cecil promises a plethora of sex appeal to keep us happy over the course of the plot. Said sex appeal has driven Cash Grab to be massively successful pulling in thousands in the first hour alone on IndieGoGo. Now sitting at over $75k with 26 days to go Cecil needs to figure out what will be delivered with the remaining two stretch goals. 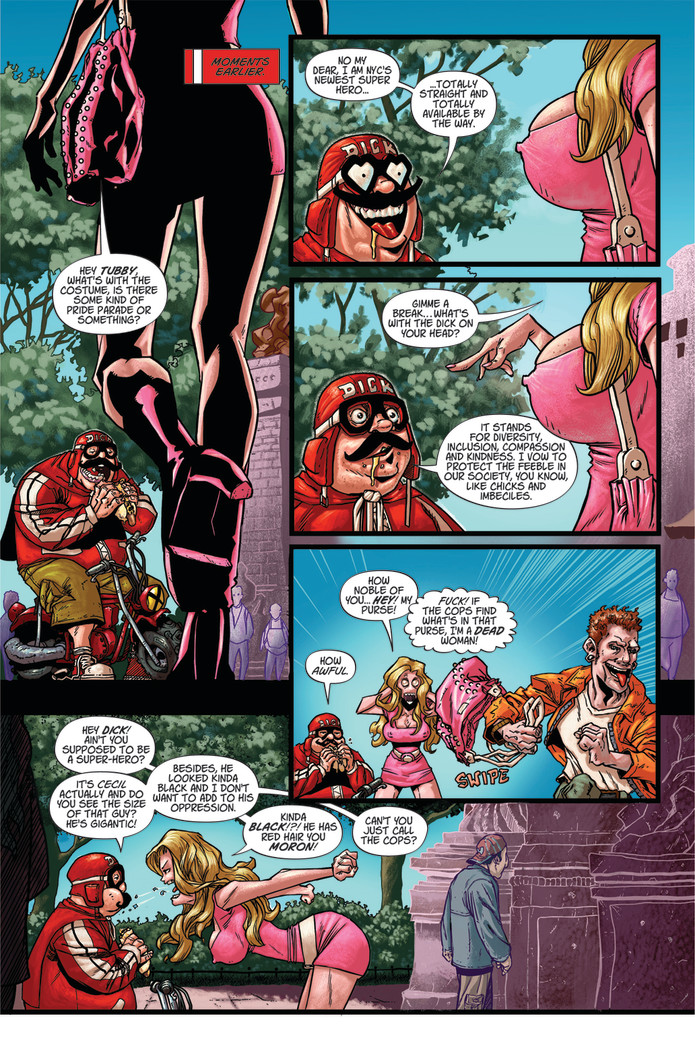 All in all, it is rare to see a project that delivers sex appeal, action, and comedy. The latter being all but a lost art these days with society too nervous to even fart wrong without appearing racist or to be some ism.  Thus expect the usual suspects to come crawling out of the woodwork to screech, bemoan, and attempt to get the project canceled, while people continue to throw money at it. 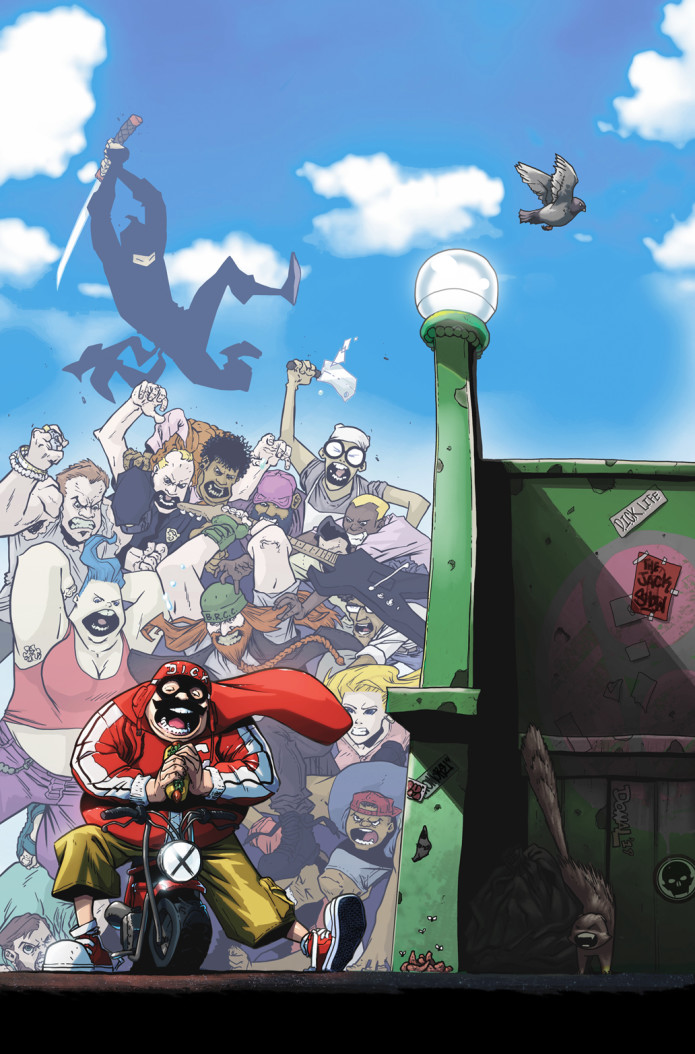 “The Writer- Cecil. Cecil is best known for his YouTube channel “Cecil Says” where he changes lives and touches people every day. Much of Cecil’s free time is spent being heavily involved in outreach towards unwed mothers. His only weakness is that he cares too much.

“The Artist – Donal DeLay.  Donal DeLay is a comic artist based in Florida whose previous works include Death Of Love for Image Comics & the successfully crowdfunded Brutas The Badass & Vestige. He really hates pineapple pizza.

“Variant Cover Artist- Kelsey Shannon 25 year veteran of the once great comic Empire, Kelsey has set sail across the void to find opportunity in the new world. Using his considerable skills, honed to perfection in the salt mines of DC comics, the sludge pits of Marvel, Kelsey helps tills the fertile soil of comics gate with books like Jawbreakers, Iron Sights, Jungle Comics, Samurai VS Dinosaurs, Downcast, and many more. Kelsey is currently working with writer Blake Northcott and publisher Allegiance Arts on Norah’s Saga as well as coloring Bass Reeves,  He currently lives somewhere in the swamp nursing the occasional rash. 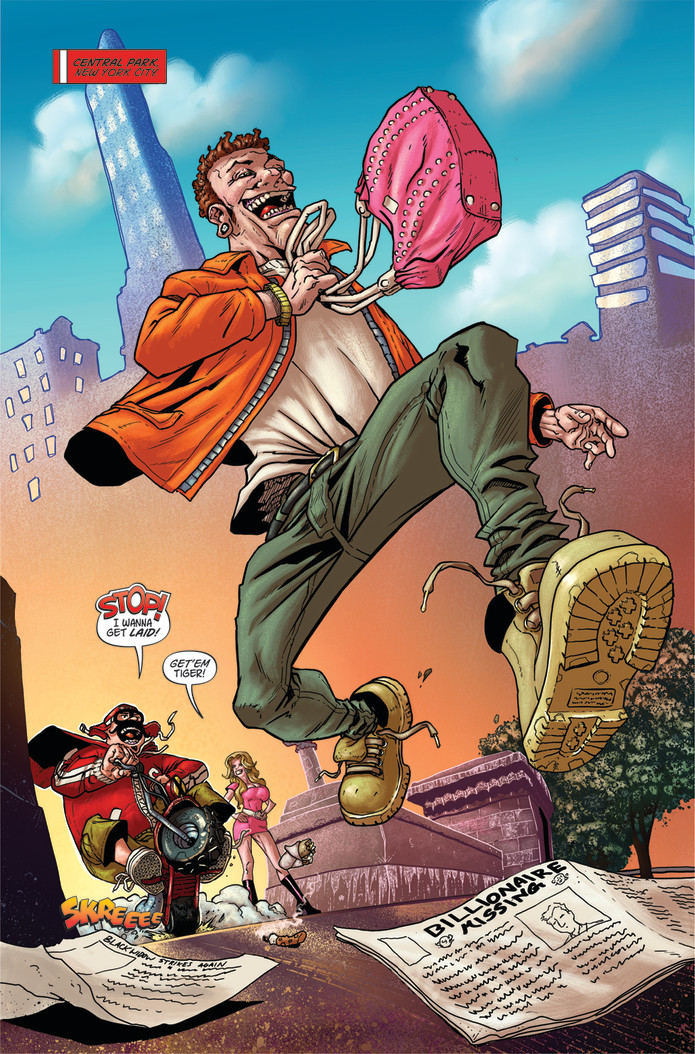 “CECIL– a man whose huge appetites are only exceeded by his immense sense of entitlement! His life of excess has cost him everything— his wealth, his career and even his family! After being thrown out of his sister Judy’s home, he has hit rock bottom and wants to make amends for a lifetime of selfishness and decadence. When NYC’s resident superhero, The Winged Fox, goes missing, Cecil sees this as his opportunity to step up and fill the void. Will this be the road to redemption or is he just some old asshole?” 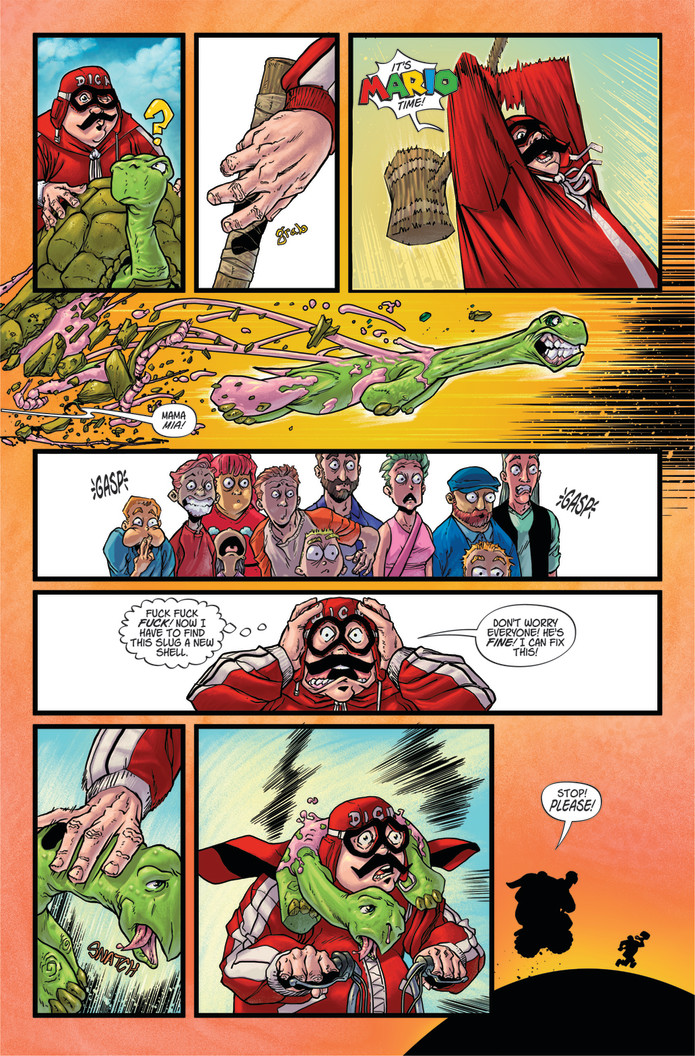 -Comedy
-Sex appeal
-Screeches of Feminists (Note: Must be collected from the void)
-Alternative Covers
-The Truth! (Disclaimer: May not be handleable or actual truth)
-Human Centipedes (Not the sexy mutant variety)