SNK Corporation really knows the way to the heart of a true gamer. One of the new characters set to arrive in Metal Slug Attack includes a true pin-up hotty in the form of the waifu-worthy Veronica.

The new character was introduced via a tweet by the official SNK account at the start of the new year. You can check it out below.

Veronica is in a zip-up bodysuit, wearing nothing on underneath, as evident with the fact that she’s baring lots of mouthwatering cleavage and has a large and ample set of assets that would make anyone want to grip them as tight as the handlebars on her motorcycle.

She’s also sporting a pine green-colored pixie cut that has viridian highlights, but it’s not half-shaven like the typical crazies on Twitter or from San Francisco. She also has large, matching green eyes to round out the look, with a multi-strapped gas mask. 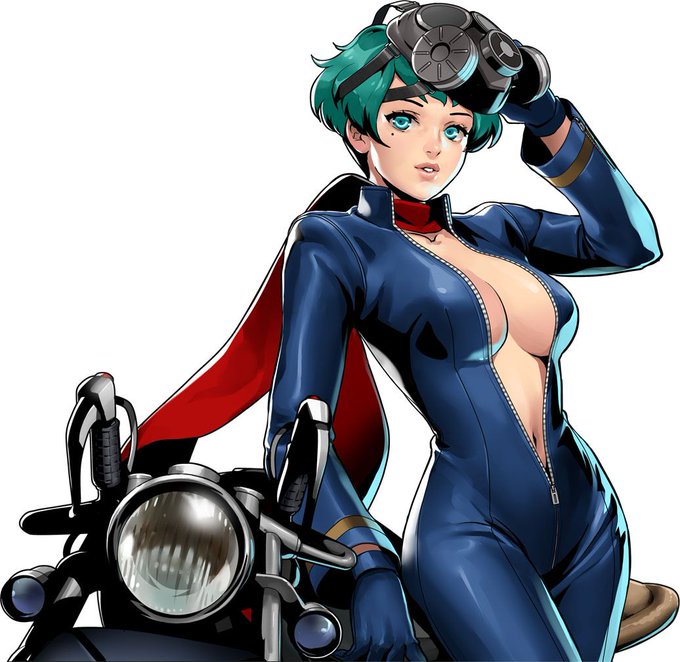 As indicated in the original tweet, there’s also some gameplay footage of Veronica in action within the mobile version of Metal Slug Attack for Android and iOS devices.

The actual gameplay is absolutely nothing to write home about, but the design of Veronica is quite appealing.

While sporting her fetching outfit, the motorcycle-riding heroine bounces up and down as she moves across the screen, with her boobs and butt gyrating with every spin of the wheel. That’s exactly how every hot woman should ride a motorcycle.

It’s too bad that she’s relegated to a mobile outing of Metal Slug, as she would make a great addition to a mainline entry in the series.

If you were curious about getting your hands on Veronica… in Metal Slug Attack, you can do so as soon as she becomes available by visiting the Google Play Store or the iTunes App Store.