DMM Games and Heliodor’s Ryueesei World Actor, known in the West as Meteor World Actor, has been banned from Steam… again.

Originally Reddit user DarkSpartan07 made a post on /r/VisualNovels/ back on December 6th, 2019, indicating that Meteor World Actor had been banned from Steam according to an entry on SteamDB.

DMM Games, however, decided to try again by resubmitting Meteor World Actor and a free demo, but both were banned on January 23rd, 2020, according to the SteamDB entry for both the main game and the demo, as spotted by the Steam Nukige group.

Some of you might be wondering, “How do you know the game was banned twice?”

Well, you can tell by the app ID.

The first time the game was banned it was submitted under the application identifier, 1178110.

The second time it was banned it was submitted under the application identifier, 1223890.

If you read the application notes on the database for both entries (or any app ID entry that’s been banned), it states…

Typically when a game is resubmitted to Steam with a new app ID it’s because the studio made some changes to the game and attempted to get Valve’s software product reviewers to look over the app again and hopefully approve it. Apparently whatever changes were made to Meteor World Actor were not enough to justify Valve giving it the green light.

The visual novel originally came out in Japan as an R18+ title during the summer of 2019, according to the VNDB entry. 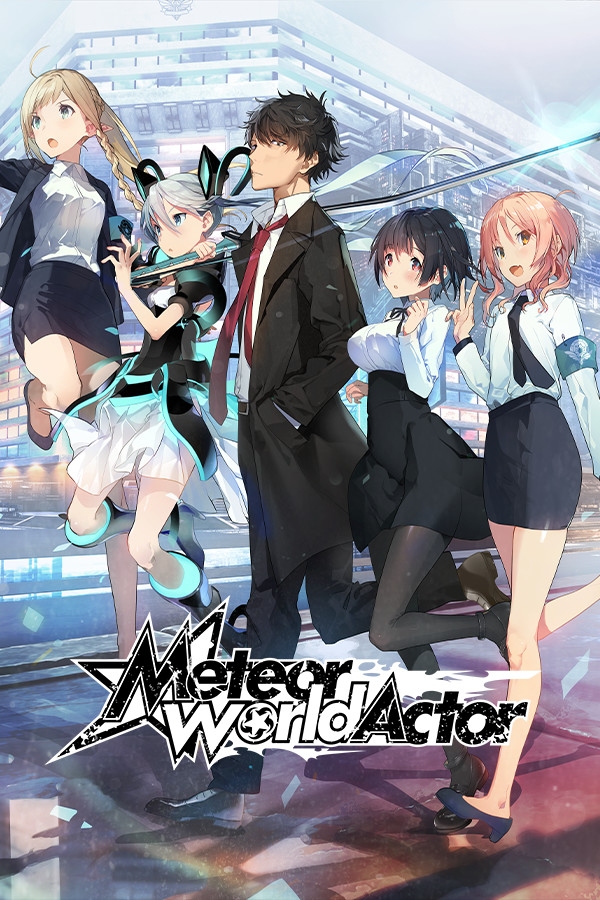 Now there were several versions of the game, including a 12+ version for iOS, a 16+ version for Android, and the R18+ version for PC. Since the game never received a store page it’s impossible to know exactly which version was submitted to Valve for review.

What’s absolutely clear, though, is that the game does not take place in a school setting, and actually follows special police officers from the 13th Division that sometimes deal with eccentric events.

What exactly led to Valve banning the game, twice, is anybody’s guess but don’t be surprised if DMM Games or Heliodor tries again. Remember, Lilith originally tried to launch Taimanin Asagi as a multi-part series on Steam only for it to be banned at the twelfth hour. They decided to censor out the violence, blood, and sex, which allowed them to release the trial version of Taimanin Asagi on Steam.

So I wouldn’t put it past the studios to cut and hack down as much as possible (and maybe even remove a character or two that Valve’s taste police don’t like) in order to secure a Western release on Steam.

If you need more info on the game, feel free to visit the official website.