Nicholas J. Fuentes has been permanently demonetized by YouTube. The company also announced that he would be restricted from livestreaming on their platform.

It started with a series of tweets from Fuentes on his official Twitter account on January 10th, 2020.

He followed it up with a few more messages he received from YouTube following on their initial alert that his superchats for livestreaming had been disabled.

i had a bad day pic.twitter.com/zItM5Hxy8W

But they didn’t just temp-ban him from livestreaming and completely cut off his monetization by kicking him out of YouTube partnership program. They also removed certain videos from his account as well, including his video Omar and Tlaib BANNED from Israel | America First Ep. 441.

It was one of the images he shared on Twitter, which also revealed he was being hit with these measures for violating YouTube’s “Hate Speech” policies. 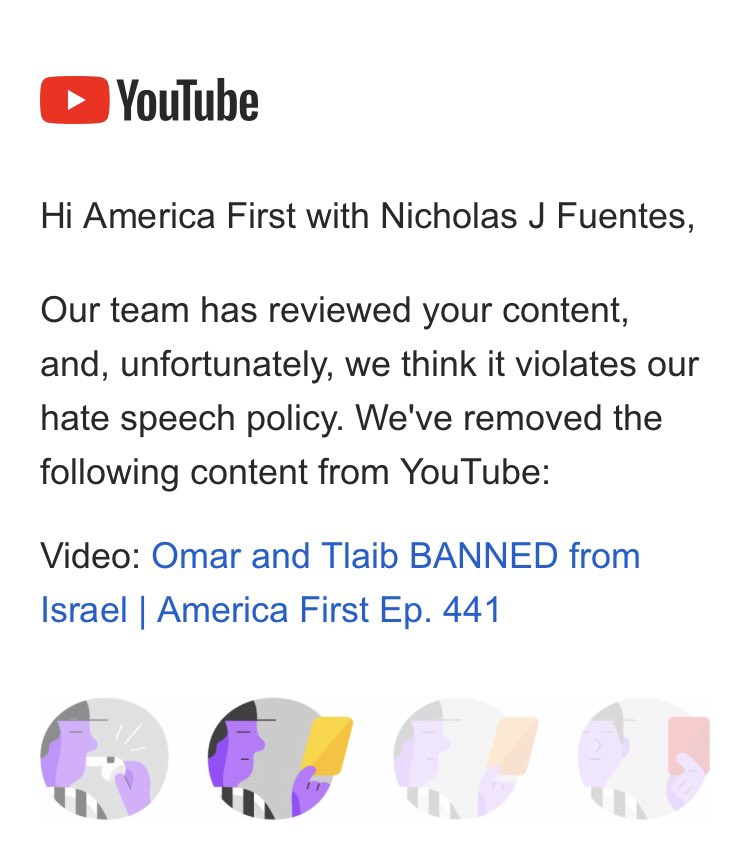 Some of the people in the thread retorted that this isn’t because of Fuentes’ views or because he violated YouTube’s policies, it’s because YouTube is following through with their intent to meddle with the 2020 elections, as they had revealed during the leaked Project Veritas video.

Many see this as a systemic deplatforming of Conservatives – or even those who don’t completely align with what Google and the rest of Big Tech are doing – when it comes to trying to sway American politics in 2020.

Prominent dissidents of the Big Tech sociopolitical agendas being rolled out across places like Twitter, Instagram, YouTube, and Facebook are being silenced, suppressed, stifled, and censored. The idea is that if there’s no one to speak up earnestly and consistently against the degenerate propaganda attempting to subvert Western standards, then Big Tech has an open-door into brainwashing the masses and installing their puppet into the White House at the end of 2020 during the November elections.