NIS America has had a long and storied reputation of poor localizations spanning nearly every game they’ve touched. At last the quality became so abysmal with the localization of Ys VIII:  Lacrimosa of Dana that both consumers and the game’s original developer complained about the state of the project. The result was CEO and President Takuro Yamashita coming forward promising not only overhauls to the game, but to their company to prevent future instances of this occurring again.

On January 14th developer stream for the upcoming Trails of Cold Steel 3 we learned that promise was nothing, but hot air as the localizers again talked about how they were censoring content for western audiences in order to make it culturally appropriate.

“We have to make sure that it makes… like all the texts makes sense not just in the language, but in the culture that we’re translating into. To fix it.

“Sometimes it’ll be jokes, Japanese jokes, that have different values than we do. We try to work around some things that might be a little sexist in Japanese humor. And with those things we like to try to make it more culturally appropriate for our players.”

When later asked how often the localizers keep in contact with Falcom they responded that they had barely any communications with them. One would think that after NIS America had previously butchered one of their titles that Falcom would have greater interest in keeping a watching eye on their progress with the latest title, but that doesn’t appear to be the case.

Not every company is foolish to continue to pay for a company to kill their audience for them.

In 2014 Koei Tecmo dropped Nis America from localizing Arno Surge. Sadly many others have not been that smart so the company will be free to impose progressive values and cringe memes upon the games they get their hands on. 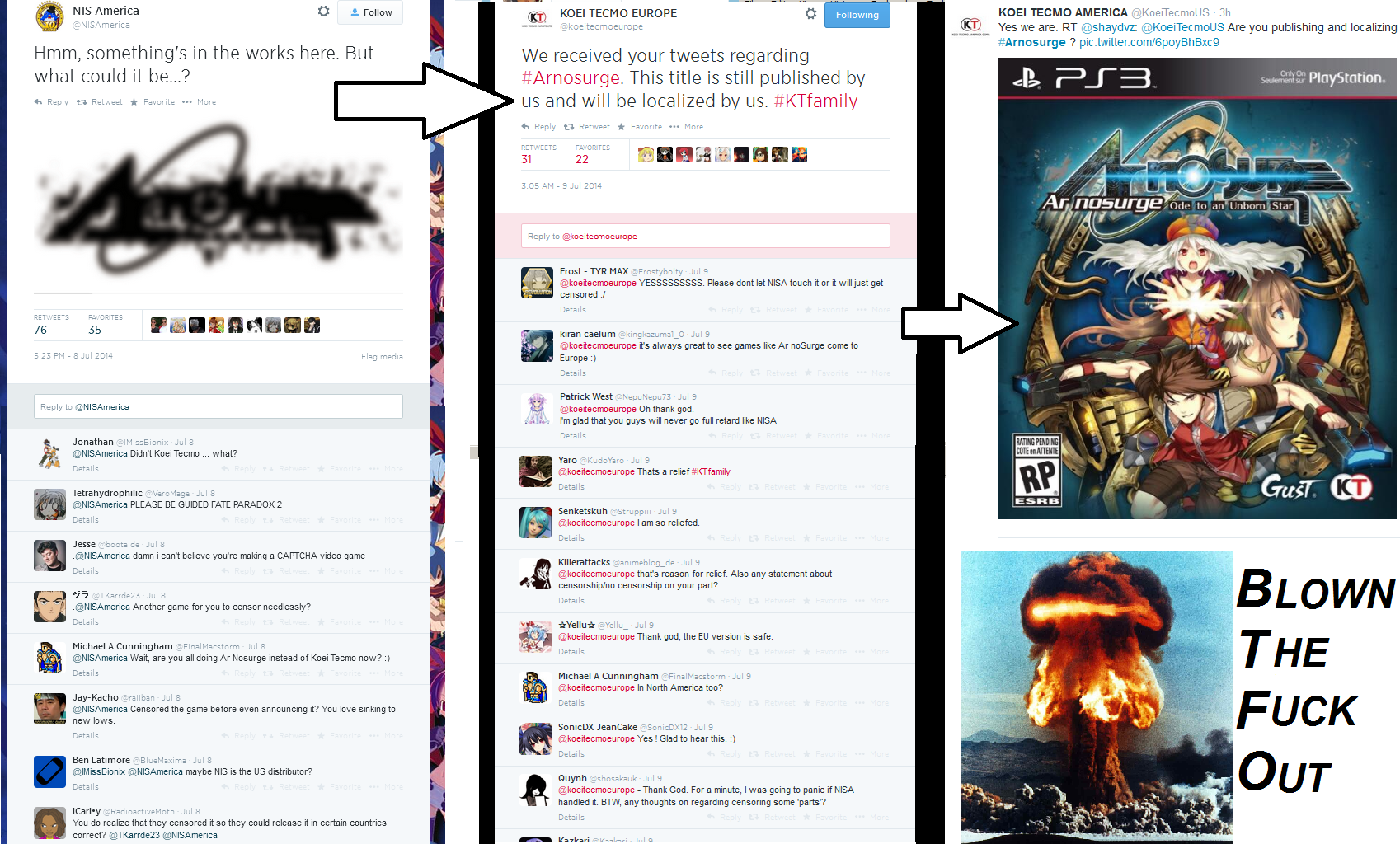