Star Wars the Rise of Skywalker is now an official failure that is questionable whether it will succeed in even breaking Rogue One’s box office by the conclusion of its runtime. Made all the sadder by the fact Disney released an extended cut to bolster box office numbers and push the movie over a Billion leaving its $1.047 Billion box office garnered from two cuts of the movie.

Media outlets who remained uninvolved in the entitled shrieking that pervaded the media following the Rise of Skywalker’s release have begun reporting that the movie is a failure, as covered by Clownfish TV.

For comparison to understand how poorly this movie did: The Force Awakens pulled in a whopping $2.066 Billion from the box office and even the controversial Last Jedi grossed $1.3 billion. The box office is so low the only movie in the entire Kennedy-verse to gross less as of this writing is Solo: A Star Wars Story. Leading Disney to be unable to recoup their purchase of the Star Wars IP itself.

There may be some confusion as to Disney not breaking even. Didn’t the media report with Rouge One that Disney had broken even?  Indeed the media has reported that as of Rogue One, Star Wars broke even and when they were confronted with the mathematical analysis such as the breakdown from Medium that demonstrated how Disney was far from breaking even, most refused to retract their previous statements.

If like the media you go off pure box office figures this claim appears to be true, except Disney does not get pure box office. Firstly the claims failed to factor into the equation how much Disney spent on each movie along with how much of the box office does Disney get. Secondly of the profit taxation was not factored in for any of the movies.

For example, if we break down The Last Jedi’s numbers you’ll see how the large figures quickly diminish. Star Wars: The Last Jedi made a total of $1.321 billion dollars worldwide with $620,181,382 domestic and $712,358,507 worldwide, according to Box Office Mojo. A measly 65% of the domestic gross went to Disney and international figures vary from nation to nation, but the general rough estimate is 40% for international releases.

There is no official announcement as to how much the movie cost to market, but the general estimate is marketing is generally the same cost as the production value, but if we generously estimate the original production value at $250 million rather than what the reshoot ballooned estimate is we’re still only left with $121,061,301. In 2017 the corporate tax rate was 21.7% so after taxes The Last Jedi’s estimated Net is only $‭94,790,998.68. 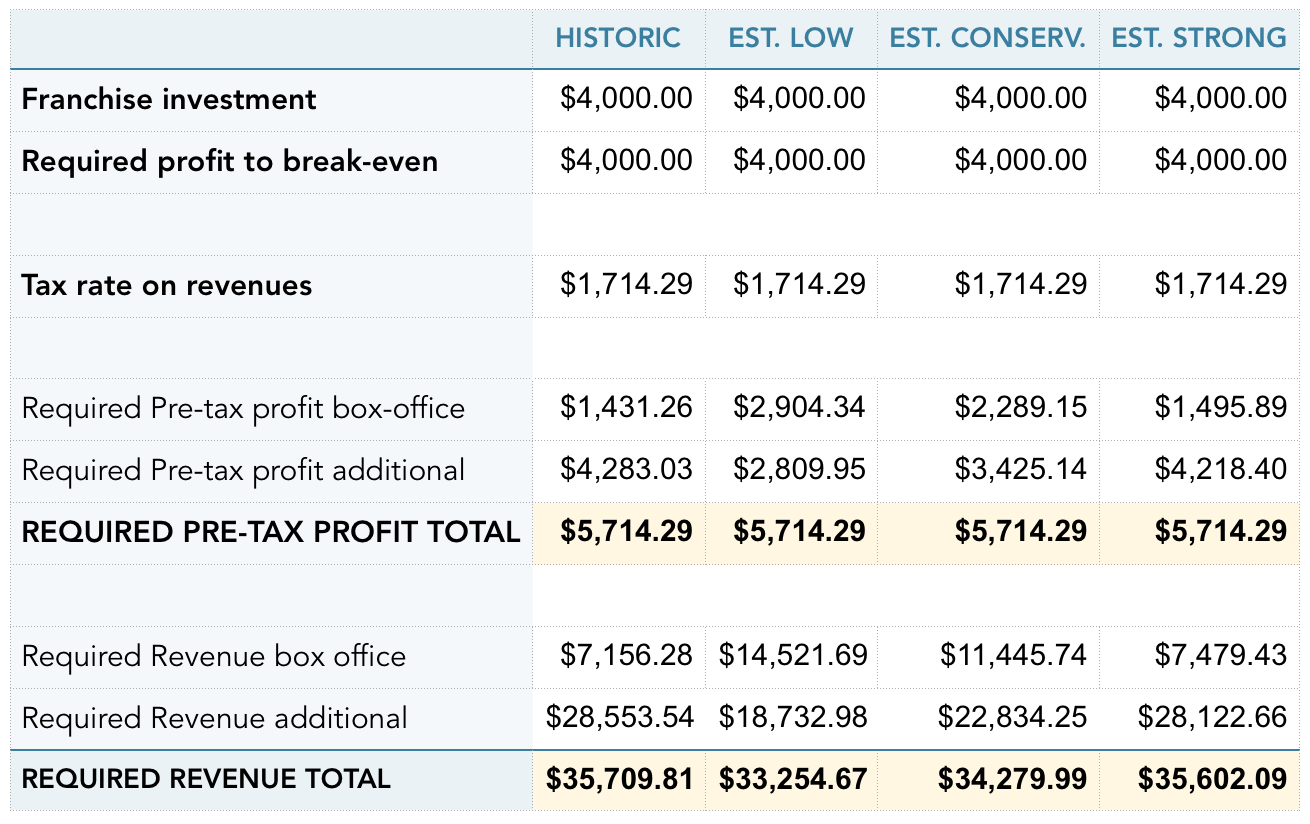 Figures like this are why Medium estimates Star Wars would have to generate $33.3-$35.7 billion in total revenue, which includes toys and DVD sales, along with anything that generates revenue attached to the brand. On the movie front, they’d have to earn $7.1b-$14.5b at the box office. That’s to just break even on the initial investment.

Rise of Skywalker failed to catapult the series into the movie figures it would need to break even after a new trilogy. Worse for Disney, the parks have absolutely failed, and toy companies have begun dropping the Star Wars brand as the new trilogies characters and locals don’t sell even in discount stores where the merchandise has been ending up, as noted by ThatUmbrellaGuy.

With the investors meeting scheduled for next week, Iger is going to have an extremely difficult time explaining how his decisions led to Disney failing to turn a profit on Star Wars after his new trilogy aired. Many rightfully blame Kennedy, but as far as investors are concerned, Iger kept her in power and Iger also — in a fit of absolute stupidity — boasted in his book how he threw away all the ideas Lucas gave them in order to push identity politics with Kennedy and J.J Abrams, who it is on record saying he brought back after throwing away the Dual of the Fates script as well.

To make matters worse for Iger, he has allowed Feige to push the exact same identity politics into the MCU that the investors are well aware led to the death of Star Wars. Meaning the MCU for Phase 4 and now bits of Phase 5 will face the same critical decline that Star Wars did and investors are not going to be too pleased about this. Just as they’re none too pleased with how Iger’s “gouge park goers” strategy has caused all-time low park attendance.

Disney as of now is a mess. One brand has failed, another is in the line-up to fail from the exact same causes, and their streaming services saw a massive drop after the conclusion of The Mandalorian. Disney Plus was supposed to be Iger’s legacy, and now it’ll be lucky to survive his stint as CEO.

Next week everyone will find out how angry investors are with the current situation.