SNK Corporation released a new trailer for the second season of DLC for Samurai Shodown. The trailer quickly scurries through the new fighters for the 3D side-scrolling fighting game.

The two minute trailer reveals that the fan-favorite, thong-wearing Mina is now back. Despite Samurai Shodown V being a lackluster entry in the series, she was one of the few highlights that helped make it standout. Mina now returns as a DLC character and an eye patch.

You can check her out in the trailer below.

Mina is set to arrive as a DLC character during February for those who purchased the season.

As you can see, the bow-wielding beauty is also accompanied by the return of the busty-battling maid, Iroha.

Unfortunately we don’t get to see Iroha in action. There’s just a battle portrait introducing her, and giving fans a little bit of that delicious fan-service, but we’ll have to wait until a later date to see more of her in action. 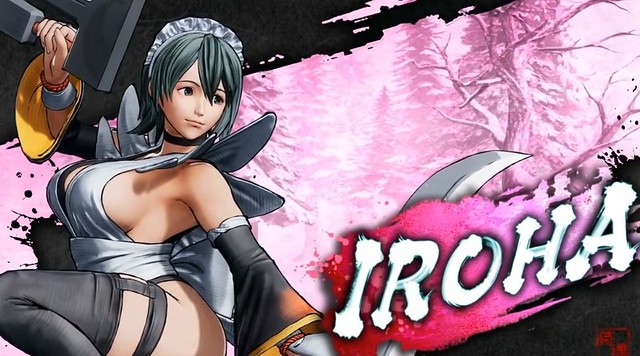 We also see the return of the water-warrior, Sogetsu Kazama. He was always a difficult opponent to duel in the older Samurai Shodown games when the CPU difficulty was turned up.

He’s back and still just as slippery as he was before, based on what little we’ve seen in the trailer.

The last fighter is still a mystery, but as each of the new fighters roll out over the coming months, SNK will finally drop the details on who the final fighter is, assuming it hasn’t already leaked on a censorious cesspit like 4chan.

Anyway, Samurai Shodown is available right now for home consoles both digitally and physically. You can grab a copy for the PS4, Xbox One, or Nintendo Switch. It’s also available for Stadia but only suicidal people pay for a Stadia.