Shazam alongside Aquaman signaled the start of DC’s Cinematic Universe’s success. Now its lead actor, Zachary Levi, has taken to twitter and announced ComicBook.com has been effectively blacklisted for their coverage of his statements during an interview.

It’s all good! The silver lining in all this is that they’ve now shown themselves to be less than trustworthy in how they represent “news”, while I now get to decide which outlets I’ll speak to or not when doing press. Let people show you who they are. It’s very freeing. 🤗 https://t.co/wBZWBUYWKY

What sort of coverage could have triggered such a response? It’s not uncommon for outlets to rile hate mobs, generate controversy, and take what people say out of context, but Comicbook.com did none of that (in this particular case, that is).

In their coverage they transcribed what he said honestly and then presented evidence that proved his assertion that there was no Snider cut wrong. Including the picture that Snider himself released showing the physical copies of his cut of the movie. 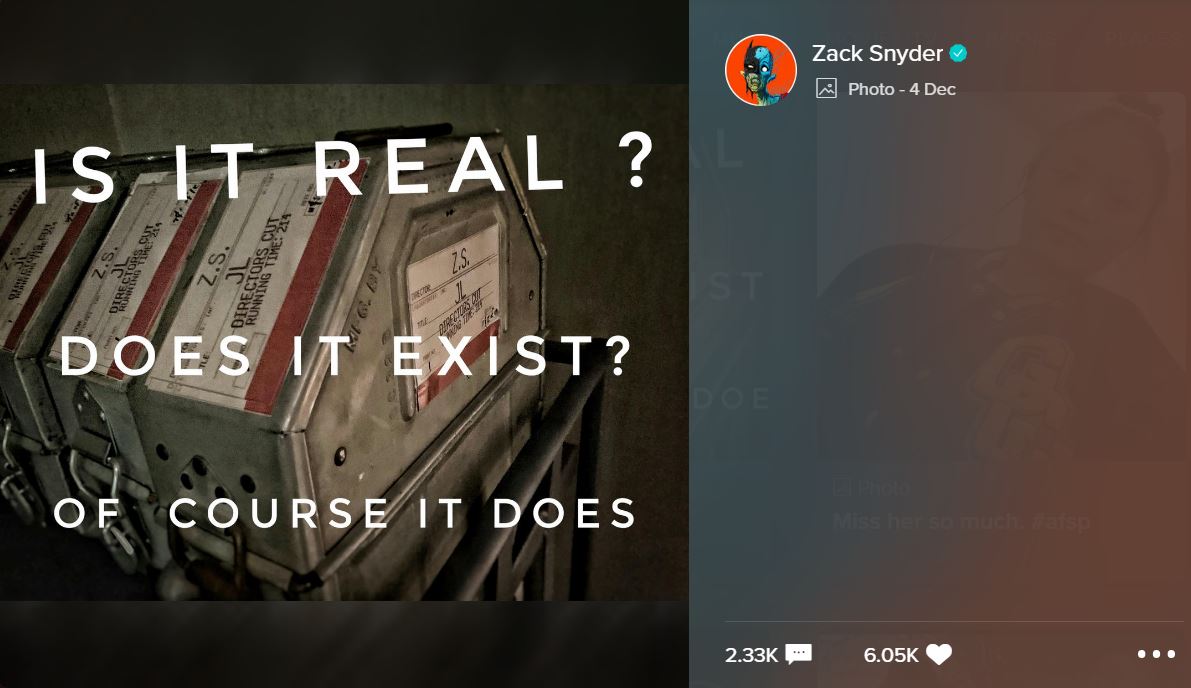 “Well, I know what a whole bunch of people on Twitter keep crying out for, but it doesn’t exist. As far as I know, it doesn’t exist. Of course there’s always like initial, early drafts, or early cuts that they’ll show studios and stuff like that, but I’m sure that’s as far as that got.”

“Zack had to leave, and Joss was brought on, and they did the rest of the movie, and that was the cut. There is not some finished version of Justice League  with all the everything that was all Zack Snyder, that I know of. You can’t believe everything online. Shocker, right?”

“I would encourage anyone who’s still waiting for some Snyder Cut to be released to focus your passion into another cut of something else. Because it’s just not happening. It doesn’t exist”

Following their coverage Snyder fans took to pointing out his folly on twitter and the actor didn’t take too kindly to it.

Rather than accept that he said something antagonistic that angered fans he has instead opted to blame the unbiased media coverage that simply highlighted facts disproving his assertions regarding the Snyder Cuts existence.

For context, Zack Snider was well into production of the Justice League movie when executives at Warner Bros., became unhappy that Batman Vs Superman wasn’t the marvel killer they were hoping it would be. Snyder was allowed to finish his vision for the movie, but executives had already lost faith in Snyder’s darker DC vision, as recounted by Midnight Edge.

After vetoing Snyder’s cut of the movie, Joss Whedon was brought on to retool existing footage and carry out reshoots. Fans eventually learned that a prior cut of the movie, now dubbed the “Snyder cut”, existed as a darker version of the Justice League. Fans of Snyder’s darker rendition of the DC Universe clamored to have the cut of the movie released and for the past two years they have petitioned Warner Bros., to do so.

Whether that version of the movie was significantly better or not will only be known when the Snyder cut is inevitably released. Becoming outraged to the point of publicly announcing you are blacklisting a site because they dared expose you as wrong is simply childish and a good way to alienate audiences from the DC Universe.