In an unfortunate twist to the good news that Utawarerumono: Mask of Deception was heading to Steam, it was also revealed through a little bit of prying from forum users that the game would be based on the censored PS4 version of the title.

“The English version is based on the previous American release, so yes, a certain spankee’s butt is clothed. We respect the localization, development, and publishing teams for the console versions, and the reasons for the decision, and we don’t want to revisit it now.

“P.S. I think this thread is pushing the bounds of civility; please be polite. Thank you to everyone who exercised restraint discussing this controversial issue. I’m going to close this thread with the answer to the original question.”

As is typical when the topic of censorship arises, there were some who defended it, others who stated that it was unnecessary, and some who claimed that it was negligible in the grand scheme of things and that it’s important to support the developers in order to get more releases.

A few fired back that supporting censored releases means that more games coming down the pipeline will likely be censored and that once it starts, it doesn’t stop, which is true.

But you’re probably asking “what was censored and why?” Well, it was a CG sequence of a young girl getting her bare bottom spanked by her caretaker. The scene was non-sexual. You can see it below. 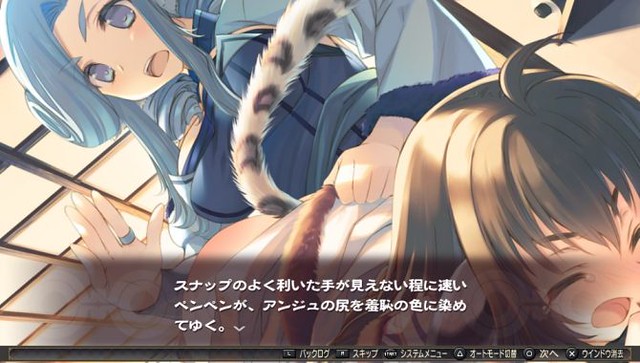 The censored version of the scene puts her on underwear and removes the caretaker’s hand, which you can see below, courtesy of Censored Gaming. 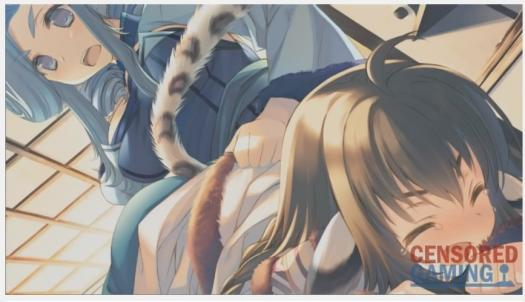 Back on January 18th, 2017, Dualshockers had reported that then publisher Atlus had originally censored the scene because they claimed it was due to regional regulations regarding physical abuse of minors. Atlus explained…

“A brief note on content: While Atlus is committed to bringing over games that are as true to their original forms as possible, in the case of Mask of Deception, a scene had to have a small content edit to comply with various regional regulations about the depiction of physical discipline to minors. We worked with Aquaplus to keep the scope of the editing to an absolute minimum, and we both agree the change made to the scene in the game still conveys its full meaning without running into issues.”

The most obvious question most people asked is “Why not restrict that scene for regions where it’s not allowed?” It’s a good question. Steam does allow for region-specific releases or blocks. It’s completely up to the publisher’s discretion.

DMM Games didn’t respond to any of those queries and instead rolled out the boilerplate response, likely meaning that they have no plans on releasing the uncensored version of the game on Steam for PC gamers.

Sadly, this means that modders may have to restore the original CG sequence for people who want the unedited version of the scene.

(Thanks for the news tip substratose and Cats739)