While some companies look for ways to cut their potential revenue off at the knees, like Atlus censoring Persona 5 Royal to placate the peons at ResetEra, other companies are giving gamers what they want and reaping a lot of benefits from it, such as Koei Tecmo with Atelier Ryza: Ever Darkness & The Secret Hideout.

Atelier Ryza: Ever Darkness & the Secret Hideout has shipped over 350,000 copies worldwide!

Your support has always been an encouragement to us. We hope you look forward to seeing more of Ryza and her friends soon! #KTFamily #AtelierRyza

Atelier Ryza originally released back in the fall for Nintendo Switch, PC, and PS4. The game went on to sell 150,000 copies in Japan just weeks after it released.

The momentum was maintained when the game launched in the West for home consoles and PC at the end of October, offering a stark juxtaposition to all the dark and brooding Halloween content coming out at the time by giving gamers a bright and colorful experience filled with thick thighs and big boobs. 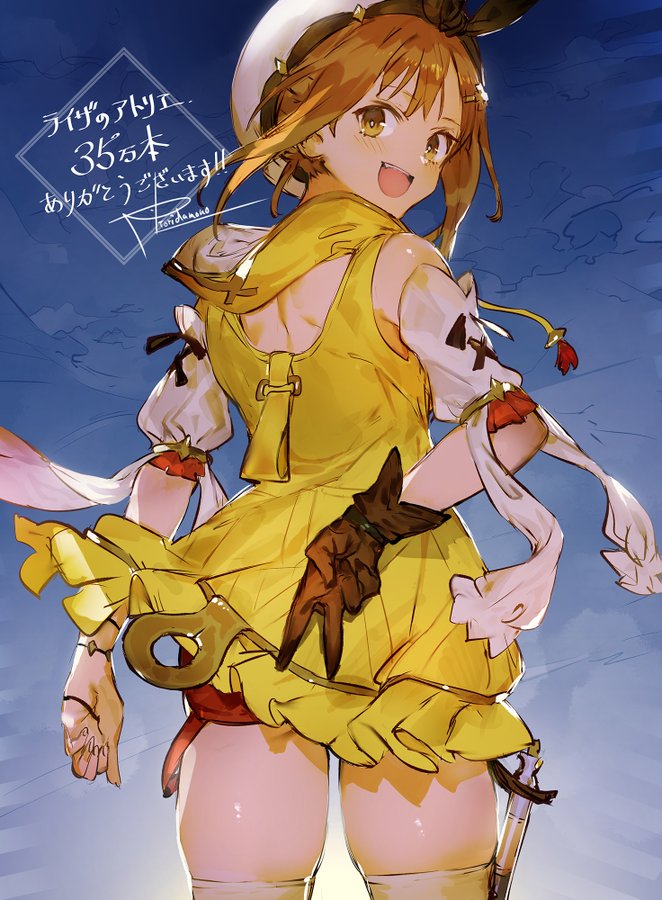 Koei Tecmo and Gust were also quick to capitalize on the popularity of the game by releasing some hot and spicy swimsuit DLC during the chilly fall season to help warm the hearts of waifu-loving weebs the world around.

They continued to follow-up on the game’s momentum with additional updates and modes to keep old players playing and new players interested in the franchise.

It looks like the strategy worked out well for Koei Tecmo and Gust.

Hopefully they recognize that fan-service still sells and that they should completely cater their content to the core demographic that will actually buy their games and not the vocal minority of loud complainers that orbit the cognitive cesspit that is Twitter.

While gamers may have lost Atlus’ Western branch to the degenerative disease known as SJWism, along with Capcom, Cygames and Sony, at least Gust is still on the righteous path of true gaming… for now.

You can learn more about Atelier Ryza by visiting the official website.