The default outfits for Zeta and Metera in Granblue Fantasy: Versus were censored. We originally reported on the censorship last year when the characters were introduced via their trailers. Some people dismissed it saying that no censorship had taken place and it was all just “outrage bait”. Later Arc System Works confirmed that the two characters were censored and that you could unlock their uncensored outfits in the game. In a recent interview they explained that it was Cygames who enforced the censorship all for the purpose of the game being e-sports friendly and to accommodate the West.

The relevant part of the interview comes in when Famitsu asks about the female characters, and Sawada Hideaki explained how they had to tone down Metera’s costume at request of Cygames for e-sports and foreign markets, and that her original default outfit had to be unlocked via playing through RPG Mode, saying…

“In GBF, Metera’s costume shows a lot of skin, so Cygames’ idea was to adjust it for expansion into foreign markets and for esports considerations. So, we gave her some hotpants in her default outfit, and adjusted her outfit to lower the amount of skin shown. However, if you clear RPG Mode, you can pick her original outfit – this works for Zeta, too, you can get her original GBF costume in GBVS.”

Anbe Hideyuki admitted that most of the staff wanted to keep the sexy outfits, but Cygames was the one against it. 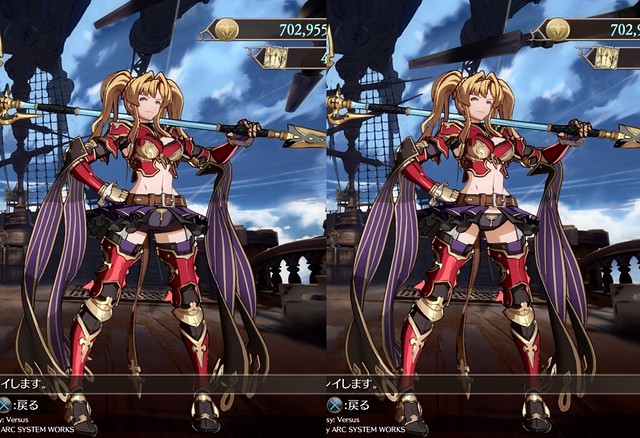 Hideaki also followed up on Hideyuki’s comment, further expounding on the reasoning behind the censorship and the consideration of e-sports, telling Famitsu…

“The lead modeling staff said that “Adding more cloth to Metera’s outfit makes her not Metera anymore. Fans of the original won’t be happy.” and wouldn’t budge (rueful laugh). But when we were discussing esports, we said “We might not want to add too many more characters who show that much skin”, so we added the original outfit as a bonus.”

The next segment I’ll quote as it’s written out on Grand Cypher since it captures the sad state of affairs of how the director of Granblue Fantasy and Granblue Fantasy: Versus, Fukuhara Tetsuya, felt about the censorship that affected Metera’s fan-service chattel. 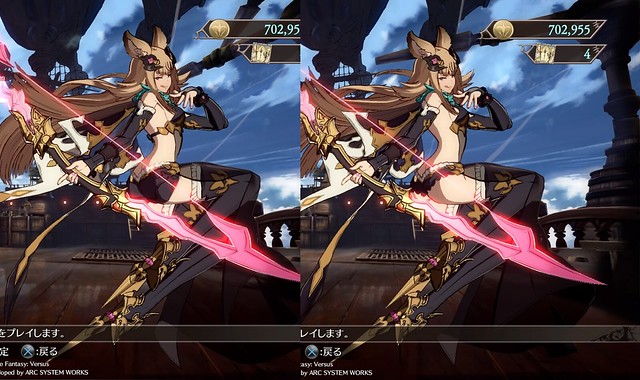 You can read the exchange below…

“Sawada: He did. When he saw the design sketches for Metera, he wrote some really sad comments. He wrote in red:
“It is with much regret that…”

That’s why Granblue Fantasy: Versus was censored.

Expect the Centrists™ to justify why the censorship is good or why it’s okay or any other excuse they can muster to keep the censorship train rolling down the tracks to Wokesville.

Granblue Fantasy: Versus is available right now over in Japan for the PS4. The game is expected to launch in the West as well, but we haven’t been able to confirm if the unlockable default outfits will stay intact in the Western version of the game for Metera and Zeta.

(Thanks for the news tip dk max)