Anti-SJW comic Grayskale: Welcome To Glitter City from Michael Derrick is oh-so-close to its financial goal of just $5,000. However, since he’s not quite the heavyweight in the business like some others, getting the word out has been difficult, especially with every major media outlet being a converged Leftist mouthpiece.

Even still, the comic is right there at the doorstep of completion, like a dangling deuce just barely dipping its tip into the bowl, creating that ever-so-slight rippling effect in the water before the big splash.

Well, Grayskale wants to hit the water and hit it water, creating yet another ripple in the independent comic book industry.

Derrick sent out a tweet to his followers, reminding them that Grayskale was the bane of Renfamous, Erik Larsen and Richard Pace.

It doesn’t hurt that we got Renfamous, Erik Larsen, Richard Pace, and the rest of #ComicsGate Season One’s villains losing their minds like it’s 2018! 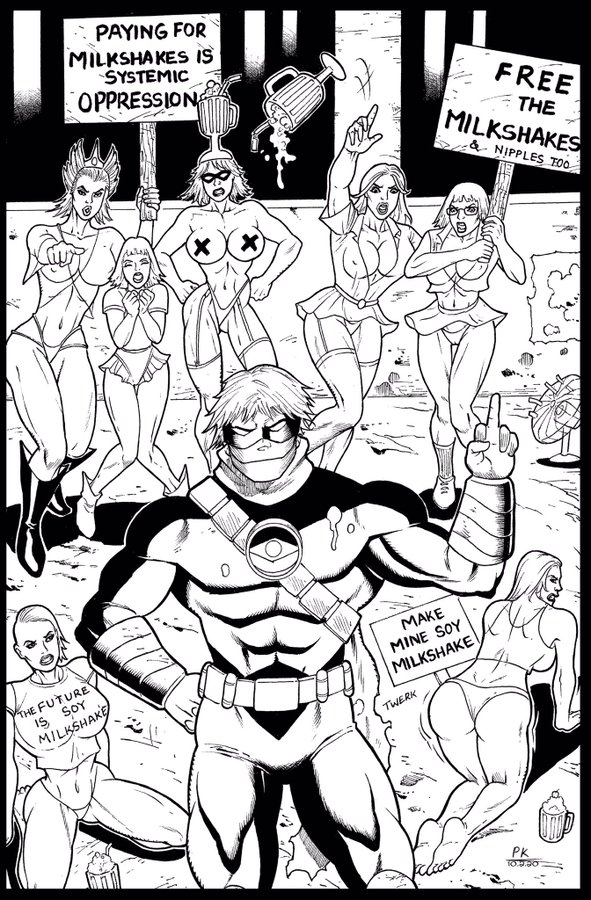 As you can tell from the artwork, there’s an old-school flair to Grayskale’s design. He also isn’t afraid of poking the anti-#ComicsGate hornet’s nest.

The comic itself actually has a very unique hook to it. Grayskale’s abilities is that he can see the karmic outcome for people… for better or for worse.

This gives the character the ability to easily read whether someone is up to no good or is just misunderstood.

The comic will contain 60 pages of material if it manages to get fully funded. I don’t know how much $5,000 will carry Derrick and the team into completing the comic in a timely manner, but if you were interested in helping get the project funded you can learn more by visiting the IndieGoGo page.