Unfrozen Studios’ Iratus: Lord of the Dead managed to find itself a solid audience after launching in the summer of 2019 under Daedalic Entertainment’s publishing label. Some modders took interest in the game and decided to make nude mods for it.

Modder KairosZX has been working on the mods since December of 2019, consistently updating and adding to the pack of mods for the various female characters in Iratus: Lord of the Dead.

KairosZX informed the Undertow.club about the bundle and linked to the download for the Iratus mod over on his Patreon page. 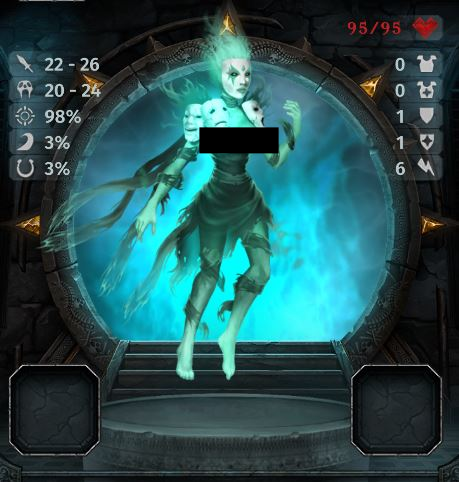 I have to warn you, though, these aren’t the sort of chicks you would probably want to see dressed down into their birthday suits… mainly because they look like they’ve been in their death suits for a couple of eons.

Then again if you have a fetish for macabre chicks that look rotted enough where you can imagine the smell of their walking corpses, then you might enjoy the mod for Iratus: Lord of the Dead.

There’s also a special Christmas nude mod available for the game as well that adds two new mods to the bundle pack that also includes a stripped down version of the arachnid queen, a topless version of the archer, and removes the ghastly ghoul of the cups around her bustier.

Iratus is a strategy RPG that takes the concept of Darkest Dungeon and flips it around where you play as a necromantic lord who returns from the dead after having been defeated by the heroes from the land of the living. You’re weak and with very little power, and so you must rally your forces to start fighting back against the good guys, terrorizing them and striking fear into their hearts until you can seek the ultimate vengeance against the heroes of light.

You’ll have to journey through the land of the waking, spreading blight and darkness throughout your path to the ultimate destruction.

It’s a cool concept that seems to be getting adopted by other indie devs around and about the industry.

The game is currently available right now on over on the Steam store and GOG.com for $24.99.