It was already confirmed some time ago that the PlayStation 4 version of LoveR Kiss was going to be affected by Sony’s Censorship Policies, but just to reiterate that point news has surfaced indicating that the boob jiggle and skirt physics have been removed from LoveR Kiss on PS4 to avoid any upskirt shots or the further sexualization of the female characters.

Sankaku Complex picked up the news from a tweet made by the official Twitter account, which posted up a video on January 29th, 2020 showcasing the Nintendo Switch version of the game featuring an idol dance from Romi Nakaza, which features boob jiggling and skirt physics that allow you to see up her skirt, which obviously exposes her panties.

You can see the video below, courtesy of Dante Nintendo Switch World.

The PS4 version was already confirmed to not have any additional boob physics compared to the Nintendo Switch version as revealed in the announcement back in November of 2019.

The SweetOne developer account for LoveR Kiss responded to a user on January 29th, 2020 about the absence of the boob jiggle and lessened skirt physics on the PS4 version, claiming that they couldn’t explain why they had to avoid upskirt shots and prevent the game from having boob jiggling like the Nintendo Switch version.

“For the PS4 version, the breasts don’t sway as much. As for the skirts, they don’t shake or sway enough for you to be able to see the underwear.

“As for motive behind this reason, or the facts surrounding the circumstances, I can’t speak to. Thank you, please, for understanding.” 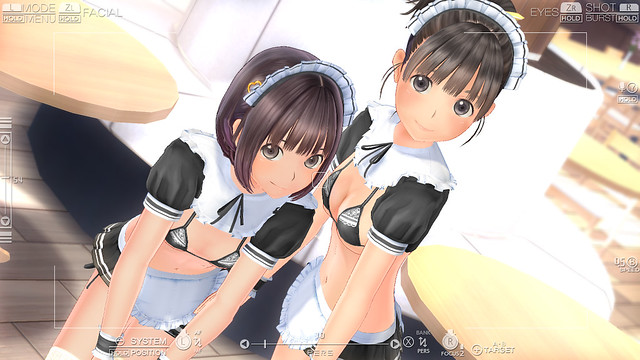 They rightfully pointed out that it wasn’t the developer’s fault (given that the Switch version has the boob jiggle and skirt sway that exposes the girls’ panties) but squarely put the blame on Sony’s Censorship Policies.

That’s not to mention that it was already made apparent from the developer of Silverio Trinity that the censorship policies are part of the platform holder agreement, wherein Sony has NDAs in place to prevent studios from talking openly about such policies.

Hence, many Japanese gamers are looking forward to the Switch release of the game and see no point in purchasing the game on PS4, as discussed in the comment section of the Japanese blog Otakomu.

LoveR Kiss is due for release on the Nintendo Switch and the PlayStation 4 starting February 27th, 2020 in Japan.

(Thanks for the news tips Narmy  and Noriyuki Works)