Not everything may be as simple as him moving on as his announcement via Twitter raises the suspicion Microsoft in fact let him go.

Starting in March, I will join Blizzard to oversee the Diablo franchise. Leaving is bittersweet as I love our Gears family, the fans, and everyone at The Coalition and Xbox. Thank you, it has been an honor and a privilege to work with you all. pic.twitter.com/0FuO3RFYSQ

Typically with all things, business departures of senior staff are handled in a formulaic manner. A press release is put out months in advance of the departure. Usually including a brief history, the reason for the departure, a passage of gratitude for their hard work, and occasionally listing their replacement. All with the intention of easing investor’s concerns that the departure will not negatively impact company performance.

Contrast that with Fergusson’s announcement VIA twitter that he will be departing in March for his new job. Rather than an official announcement from Microsoft who would be more than capable of retaining Fergusson if they wanted him to remain in charge of Gears of War.

Why would Microsoft want him gone? Simple, he ran Gears of War into the ground. According to Daniel Ahmad a Senior analyst at analytic firm Niko Partners who specializes in analyzing video game markets has gone on record saying Gears of War 4 in its lifetime performed 4.5 times better and Gears of War 3 performed 20 times better than Gears 5.

Esports dreams, which were at the heart of the politics-riddled Gears 5, simply never materialized as the company had hoped. According to their own website there are only two events listed for 2020 and both are sponsored by The Coalition. 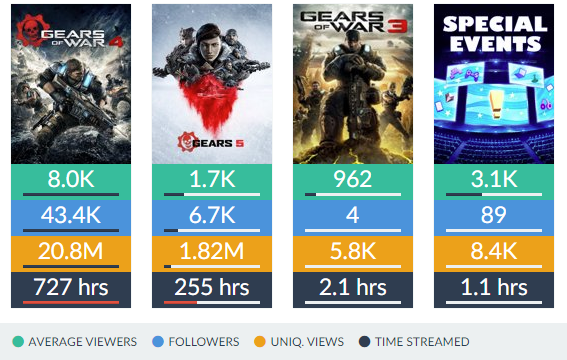 None of this conclusively proves Fergusson was ousted, but that Microsoft themselves not feeling a need to even put out a press statement on their official blog is rather telling how disinterested they are in his departure.