Race-swaps are a window into the tainted soul of Hollywood’s hubris. A24 released a near two-minute teaser trailer for the visually stunning but sadly converged remake of The Green Knight. It features a race-swapped Gawain played by Indian actor Dev Patel from Slumdog Millionaire and Chappie, and it features a marvelous array of frame-worthy shots from director David Lowery.

The trailer doesn’t really explain anything at all, and is filled with evocative imagery but it’s based on the tail of one of King Arthur’s most loyal knights, Sir Gawain. The Arthurian tale centers around a mysterious Green Knight who comes and challenges the Knights of the Roundtable with a deadly request: if anyone should deliver a blow to him, he will return a year later to deliver a blow in kind.

Sir Gawain is the only one who steps up to deliver a blow to the Green Knight… only, instead of just striking the knight, he beheads him thinking that the challenge would be complete. However, the Green Knight retrieves his own head and promises to return a year later to deliver a blow in kind to Sir Gawain. A24 and David Lowery’s take on the classic folklore follows Gawain through the psychological ups and downs throughout the year leading up to his second encounter with the Green Knight. You can check out the trailer below.

Yes, Sean Connery looked both equally ridiculous and imposing in the role and the emerald axe looked like a legendary drop from a popular action-RPG, but the movie itself was awful.

If you don’t remember it or Miles O’Keeffe’s terribly distracting hair, you can check out the trailer below to be reminded of its awfulness.

However, at least there was no race-swapping going on with Sword of the Valiant.

Lowery’s interpretation of the classic tale puts Dev Patel in the leading role as the young knight who gets in over his head after lopping off the head of the Green Knight.

The Green Knight is depicted in the teaser as a foreboding trip into the mind of man standing at the brink of fate.

Some of the imagery is outright breathtaking. 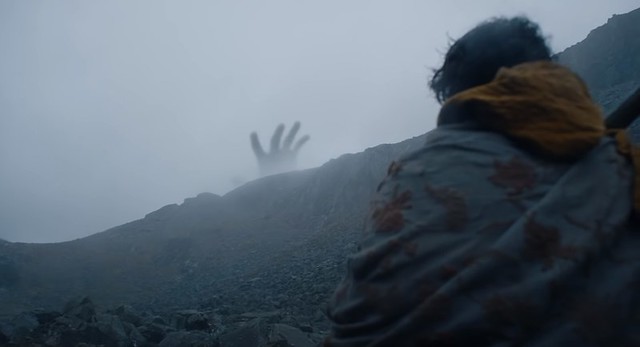 It’s sad that some of these beautifully shot movies are undermined by the producers’ attempt to force-feed audiences culturally usurped tales for the purpose of indoctrinating people into accepting globalization and anti-white propaganda.

Where The Green Knight should have been a cult-classic in the making led by the likes of Taron Egerton, it’s now just another film on a pyre called neglect; burning out of mind and out of sight; to be ignored and forgotten.