Nintendo’s English localization of Animal Crossing: New Horizons suffers from the same sort of agenda pushing as many other recent games, especially when it comes to gender identifiers.

In the case of Animal Crossing: New Horizons, the English version removes any sort of designation or identifier between “Males” and “Females” or “Boy” and “Girl” during the character creation process. Other languages, however, keep the identifiers.

You can see an example of it below with the video from ZackScottGames.

A Twitter user compiled the passport creation process from the different versions of the game, showcasing that every other version contains text to designate male/female or boy/girl.

Here’s an example of the English version of Animal Crossing: New Horizons versus the Italian version. 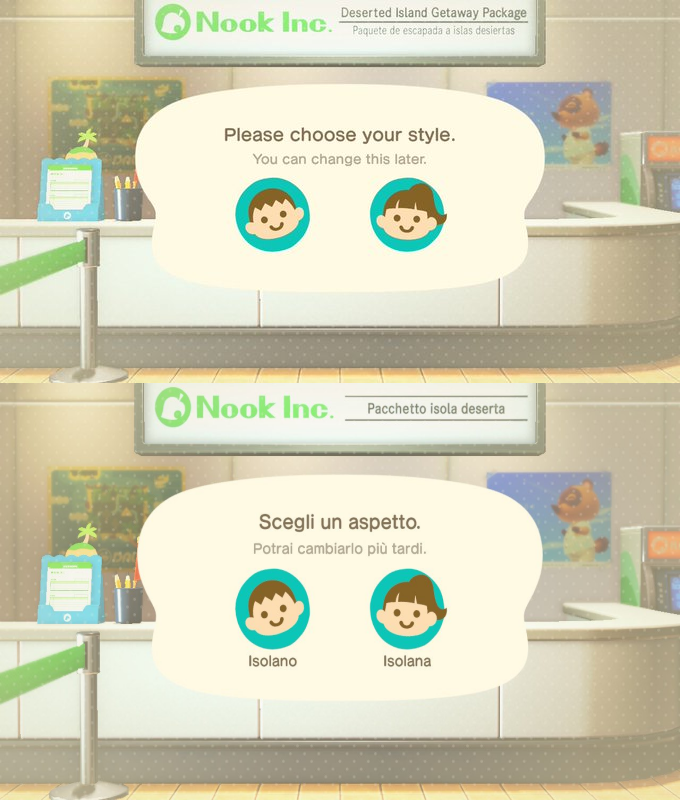 Notice how in Italian they have “Isolano” and “Isolana”, the former referencing a male islander while the latter represents a female islander.

You can see that all the Asian versions, including traditional Mandarin, Japanese, simplified Chinese, and Korean all contain gender identifiers. 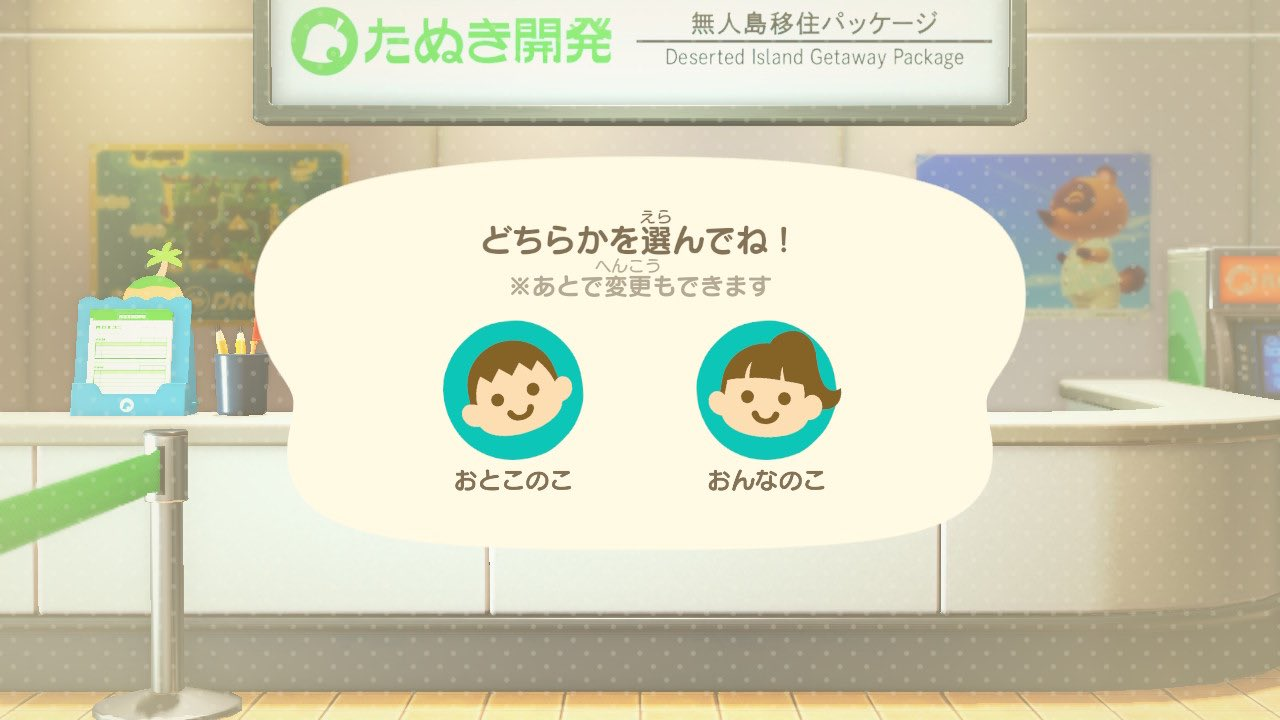 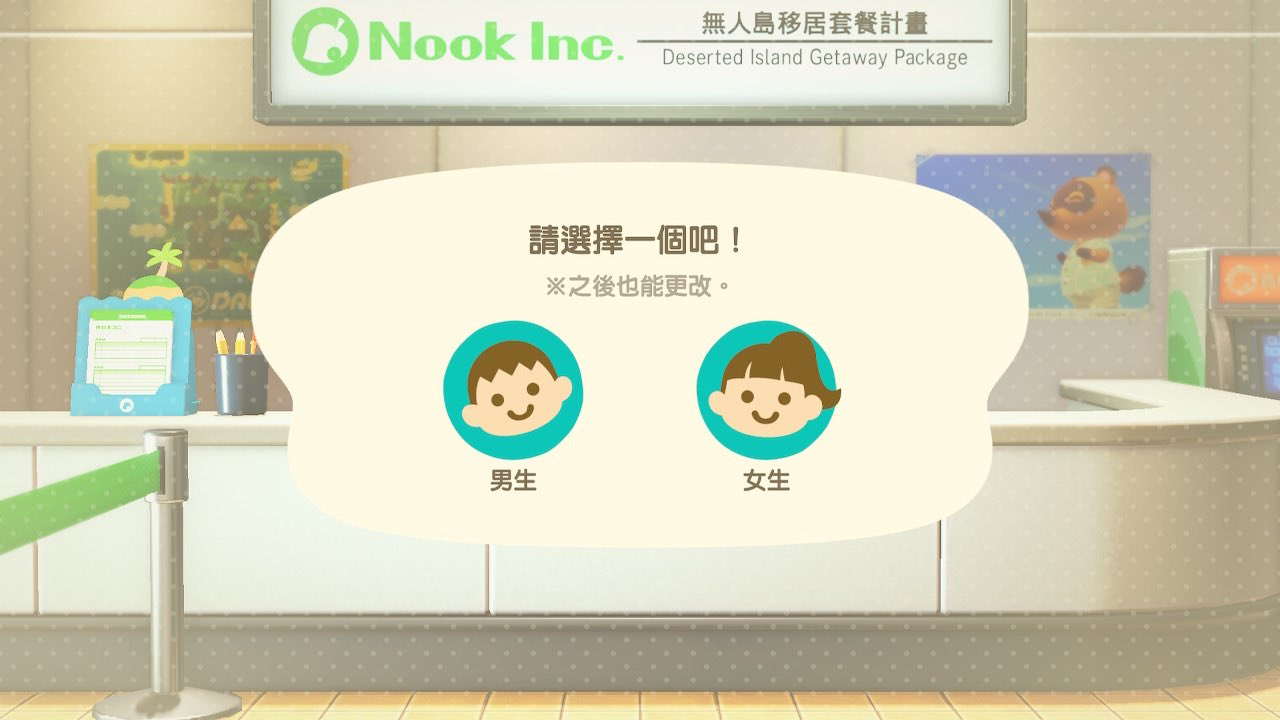 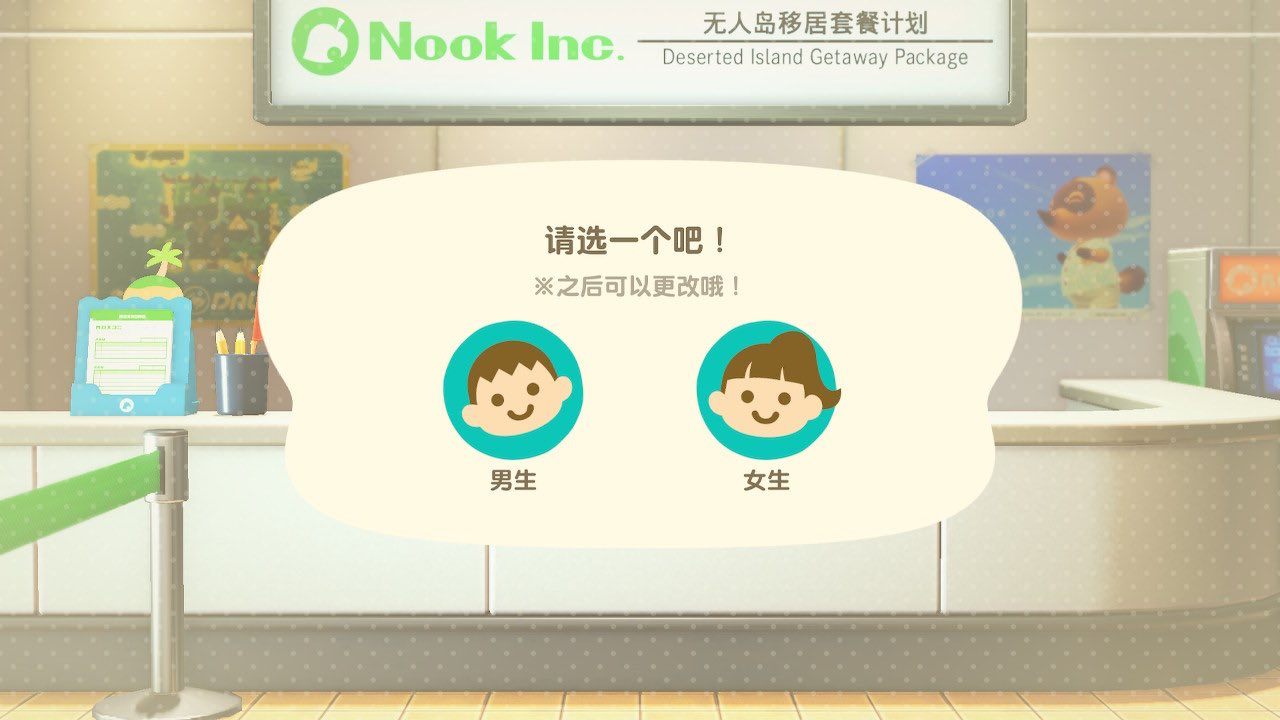 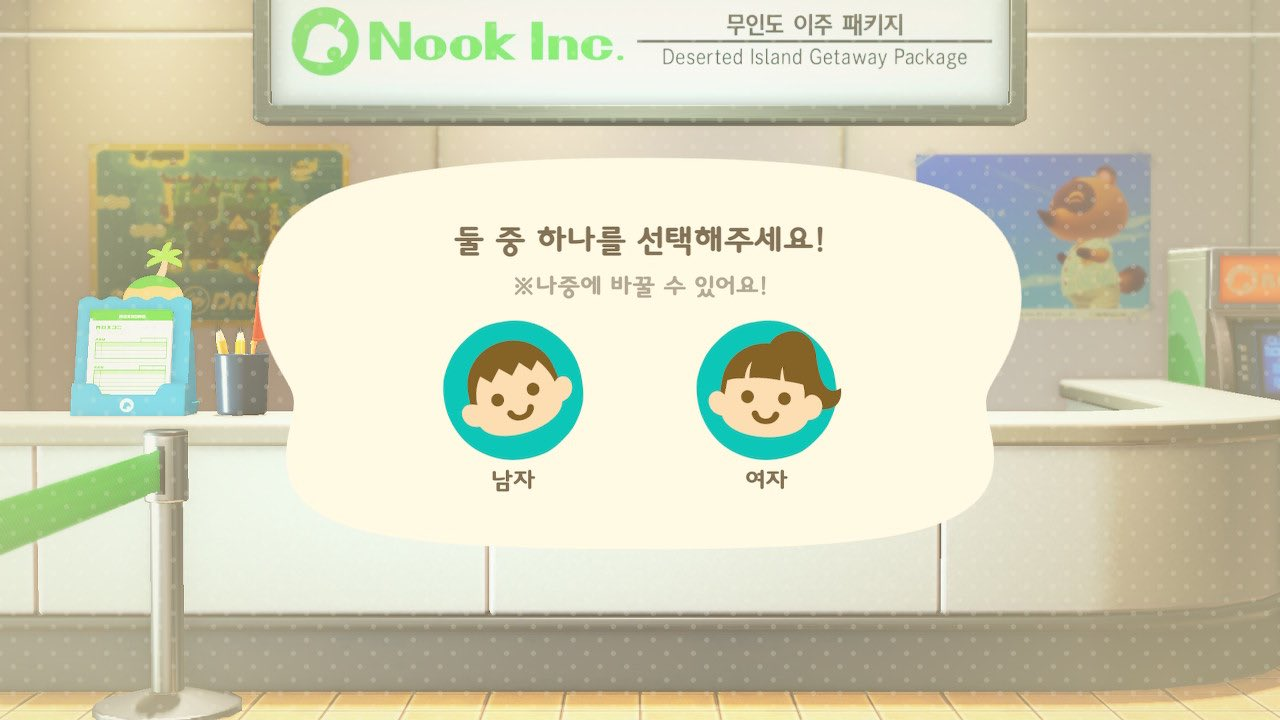 What’s also interesting is that in simplified and traditional Chinese/Mandarin, they use the characters 男性, which is “Nánxìng”, which means male or mankind or masculine. That phrase is also used in Japanese as “Dansei”, which has the same meaning and Kanji as the Chinese but is pronounced different. However, in the Japanese version, they use the Hiragana phrase おとこのこ, which has the same meaning.

The Chinese localization also uses the characters 女性, which means “female” in traditional and simplified Mandarin/Chinese. The same characters are also used in Japanese Kanji to mean “Josei”, which also translates to “female”, but for the game they used the Hiragana phrase おんなのこ, which still means “female”.

The Korean selection also uses gendered terms, such as 남성, which means “male” or “masculine” or “male sex”, and 여자, which explicitly means “female” or the “female gender” or “female sex”.

So for every Centrists™ who attempts to use the excuse that the localizations in other languages don’t use gendered terms, they’re wrong.

The Spanish and the German translations also contain gendered designators for the male and female villagers, along with the French and Dutch version of the game. 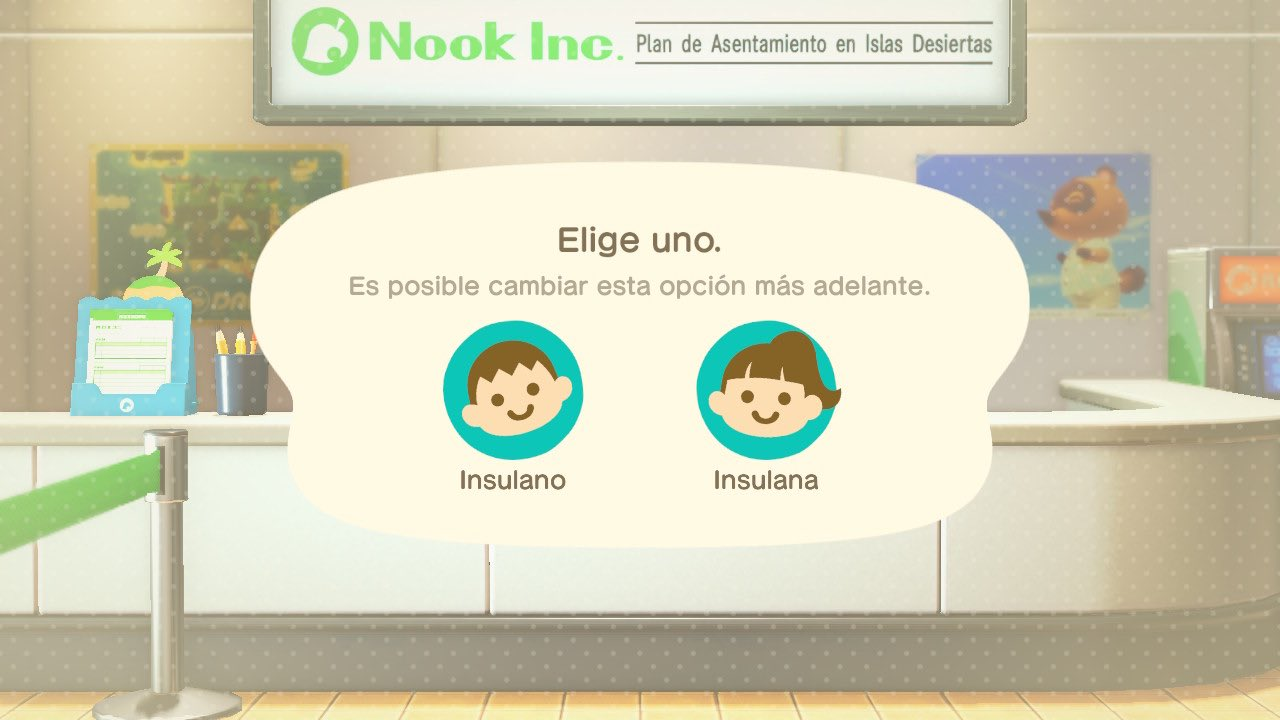 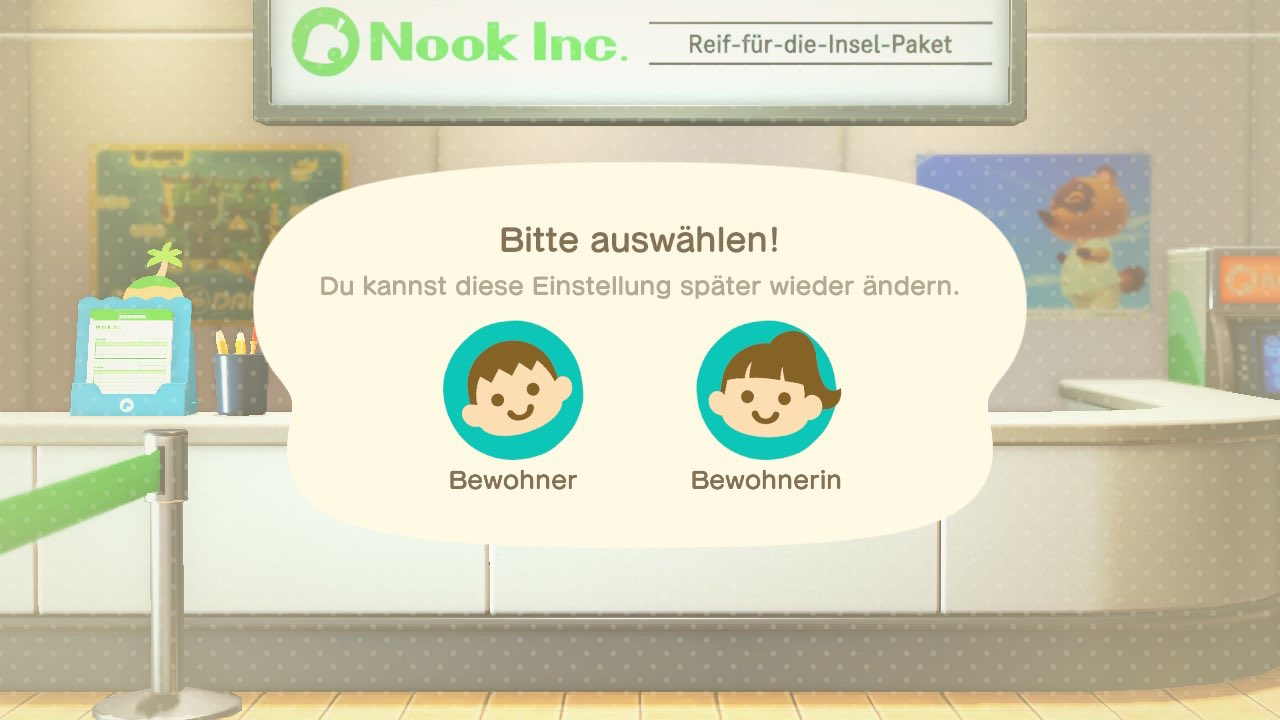 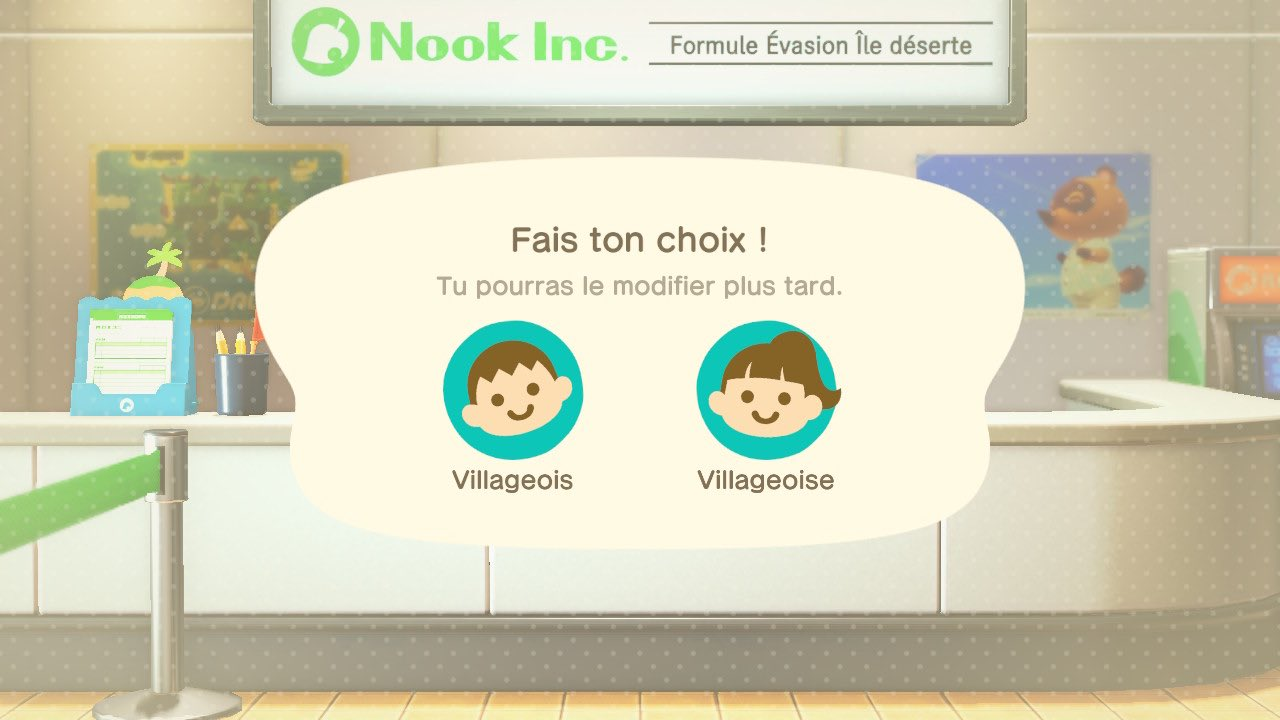 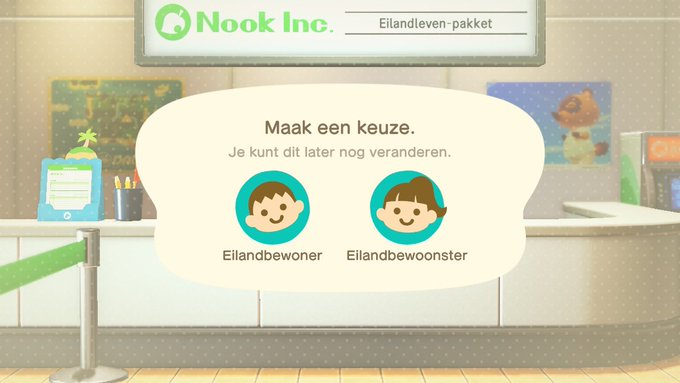 Only the English version of the game has “Male” and “Female” or any sort of gendered identifier removed from the character creation screen.

Some people might wonder what the significance of this is, and it’s basically Nintendo’s localization department kowtowing to mentally ill people who believe there is no such thing as genders and that gender is “fluid”.

Other developers who are brainwashed by Left-wing degenerate propaganda also did something similar. Cyberpunk 2077, for instance, also removed gendered identifiers after ResetEra complained about not having “non-binary” options in the character creator. So the developers removed “Male” and “Female” from the character creation screen.

And you dare not criticize the inclusion of said pronouns otherwise crazies will come down on you like the Chinese government if you criticize the PRC on Weibo. Just ask Hero Hei about it.

Remember: The first time can be discarded as a coincidence. Twice is deliberate. Three times marks a pattern.

This is part of the agenda to erase gender designations and continue to force-feed people the idea that male/female, boy/girl, he/she doesn’t really exist and that it’s all “fluid”.

Unfortunately a lot of millennials are poorly educated and don’t know how biology works and continue to believe these Left-wing lies. Worse yet is that social media is dominated by these people and Lefties larping as moderates who we accurately label as Centrists™ . The Centrists™ will continually proclaim that there is no agenda, that “non-binary” is an actual thing, and continue to suppress or stifle opposition to the Left-wing agitprop.

People will continue to see the erasure of Western norms if they keep letting mentally ill people dictate to them what should be culturally acceptable. And remember, politics is downstream from culture, so eventually they will move on to normalizing hebephilia and pedophilia before you know it.