Nintendo is going off the deep-end fast, and they’re quickly becoming degenerates of the worst kind: influencing kids with LGBTQIA+ agitprop. The most egregious example thus far is in Animal Crossing: New Horizons, which includes a segment where Merry references a romantic comedy that includes two lesbian princesses. This is despite the fact that the game is rated ‘E’ for Everyone.

The clip from the game was posted on Twitter by baphomet on March 20th, 2020.

i didn’t expect lesbians to even be referenced, so this was nice #AnimalCrossing #ACNH #NintendoSwitch pic.twitter.com/pNi6w7qsbt

While talking to Merry about comic books, you have the option of telling Merry which style of comics you enjoy. If you ask Merry about “Romantic comedy”, she will respond that she loves romantic comedies, especially one involving Princess of Rocketboarding and Princess of Explosions. 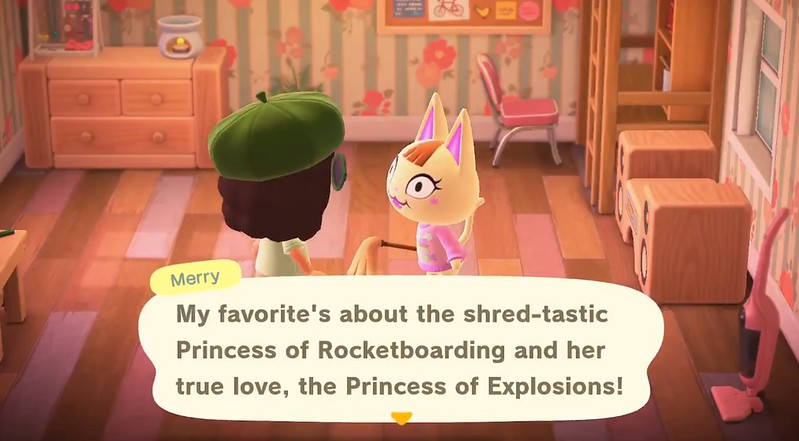 As is typical of the mentally ill millennials that congregate on Twitter, they’re praising Nintendo and the game for including lesbian references in a children’s game.

Oh, you didn’t know? That’s right. lesbianism is a fetish… just like furrydom.

In fact, there’s about as many lesbians in America as there are furries, according to Furscience and the Washington Post.

So does that mean we should be teaching kids about furries in every other media property? Or S&M? Or watersports?

Well, the typical Centrists™ will say, “But lesbianism isn’t about sexual fetishes!”

Let me repeat that, lesbianism is classified by two women having sex with one another and this was referenced in a game for kids in a conversation about comic books! 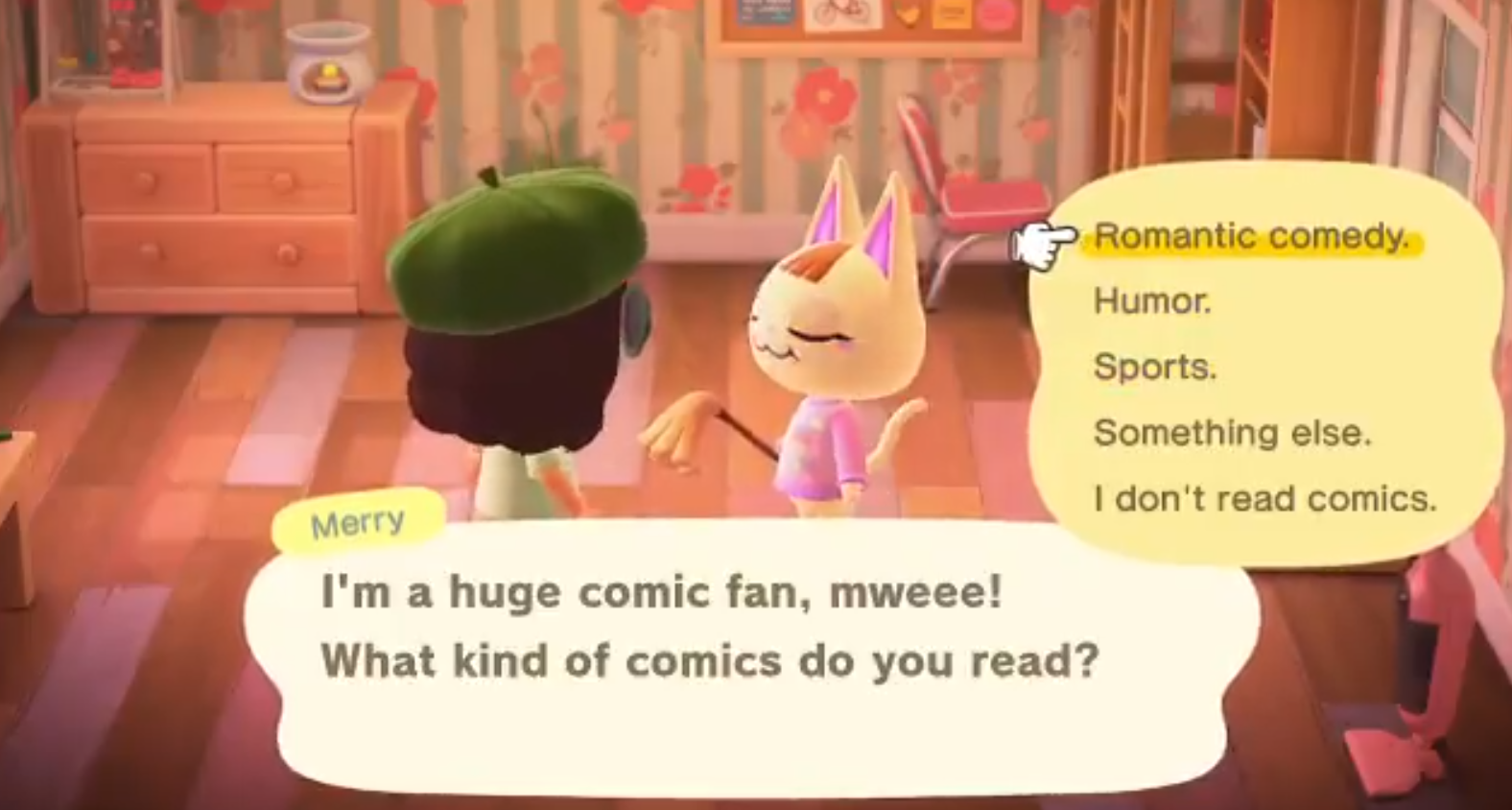 What’s more is that that was the definition of “homosexuality” from back in 2008. As of 2019, Leftists have slightly modified the meaning of homosexuality to steer it away from having direct connotations to the sexual aspects of the act.

Leftists are constantly trying to rewrite history and change definitions to fit their degenerate agenda, and their agenda at this point is to introduce as many kids as possible to their diseased lifestyle.

They’re trying to diddle the minds of little Timmy and tiny Todd to convince them that drag culture is fine, and fondle the imagination of mini Jane and small Sally to think that hooking up with one another is a-okay.

Expect Centrists™ to keep defending this constant inching into children’s media in order to finally legalize MAPs and hebephilia before moving on to legalizing pedophilia.

Unfortunately, by the time people begin to push back against this degeneracy it’s going to be too late.

Also, take note that every time they bring up lesbians in kids media, like the movie Onward, they never talk about how lesbians have a higher than normal rate of domestic violence and spousal abuse, according to the CDC. In fact, even while trying to scrub the data, the NCADV noted that lesbian women made up a third of reported domestic abuse among intimate partner violence.

In fact, a report from Milo Yiannopoulos from back in May of 2015 broke down the numbers and revealed that domestic abuse rates were much higher among lesbians than heterosexual couples. Many of the referenced PDFs and data reports have been removed from their host sites, including the NCADV where many of the referenced materials have been compartmentalized on their statistics page, but not the data highlighting lesbian abuse.

The data was also previously available on the Home Office Statistical Bulletin, but it, too, was also scrubbed. Thankfully, there’s an archive of the stats from back in 2017, where on page 62 it reveals…

It’s almost like they’re trying to hide how dangerous and abusive the LGBTQIA+ lifestyle is, all while trying to steer kids into that very same unhealthy and abusive lifestyle.

As for Animal Crossing: New Horizons, the game is converged. The English translation removed the male/female or boy/girl pronouns during the character creation in order to accommodate the  whims of mentally ill people who believe that gender is a social construct and that fictional states of being such as “non-binary” exist (reality check: non-binary people do not exist).

Expect this insanity to continue on, because unfortunately too many influencers are Leftists, Communists, and part of the Bunghole Bolsheviks to warn the general public about what’s going on.

We’ve seen them invading other kid’s media such as Arthur and Clifford The Big Red Dog, and now they’ve taken over Animal Crossing.

Just remember, we tried to warn you.

(Thanks for the news tip God of Lore)