DC Comics has retconned Maxima from the Superman and Wonder Woman series and turned the heroic but love-sick female fighter into a lesbian. Not only that but they retconned her entire planet by making it where it was created and powered by lesbians (I wish I was kidding) and men came and stole that power, turning it into a heterosexual society.

While people may be rightfully burning Marvel for creating laugh-worthy mockeries of the super hero archetype in Safe Space and Snowflake, DC Comics isn’t doing much better. They’re still infusing their comics with degenerate Liberal Progressive propaganda and turning a bunch of established characters gay. Joining Harley Quinn and Poison Ivy in the pantheon of poontang pie eaters is the fiery redhead, Maxima.

YouTuber Nerdette’s Newstand did a video outlining the latest issue of Wonder Woman #754, where Maxima is revealed to be gay, and all her past desires and love interest for Superman has been completely wiped out.

Thankfully, for all the Centrists™ out there who will claim that Maxima was always gay, Tristan includes a clip of Maxima from Superman The Animated Series as well as panels from previous Superman comic books revealing and verifying that Maxima was heterosexual.

However, in the comic, they completely get rid of Maxima’s interest in men, claiming that she was always in love with women.

She attempts to convince Diana to help her prevent Prince Ultraa from taking the throne, and repeatedly makes it known that she doesn’t like men, and is only interested in women. 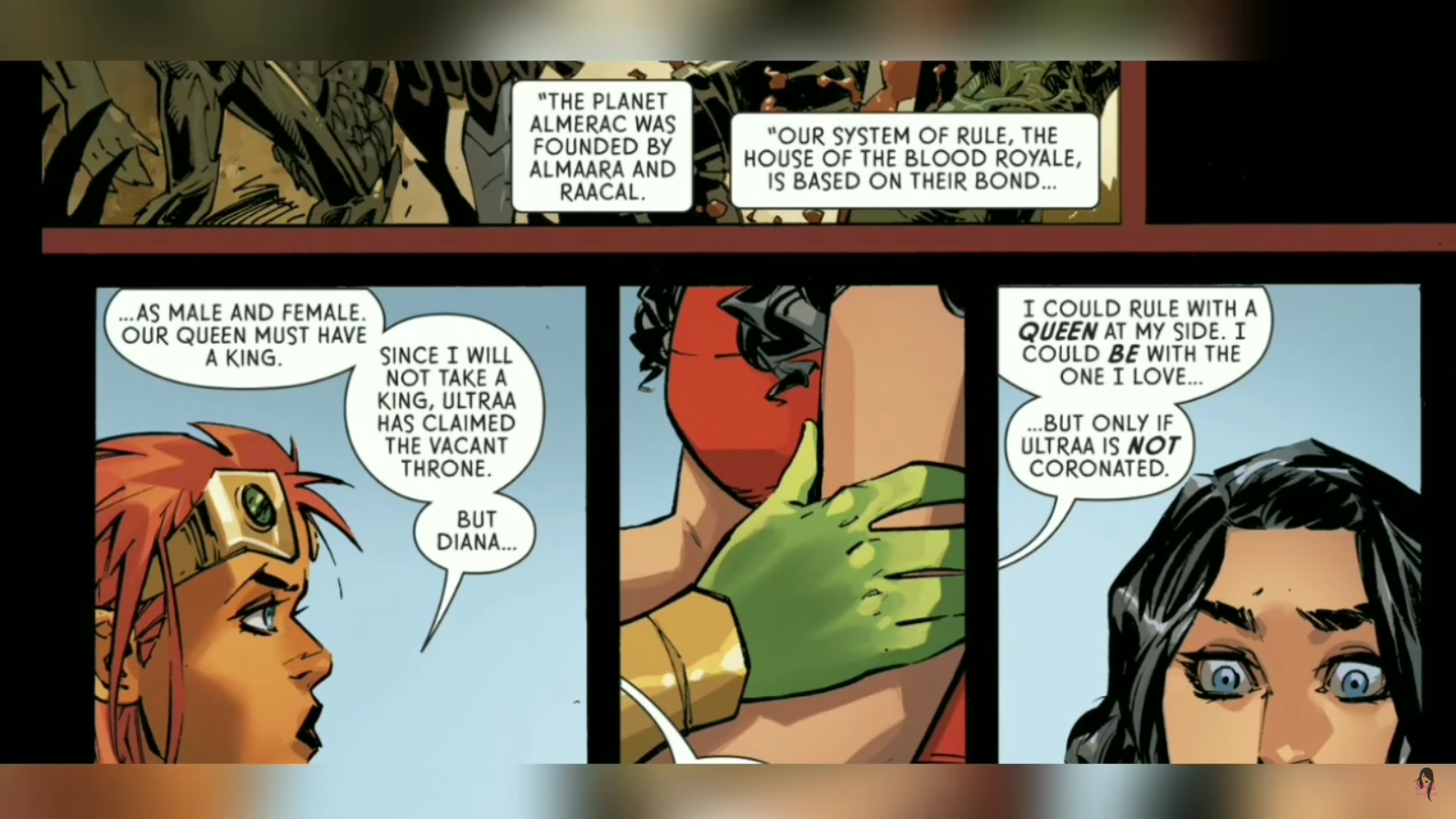 In fact, this sentiment is repeated in almost every single panel.

Did you know Maxima is gay? Well she is. 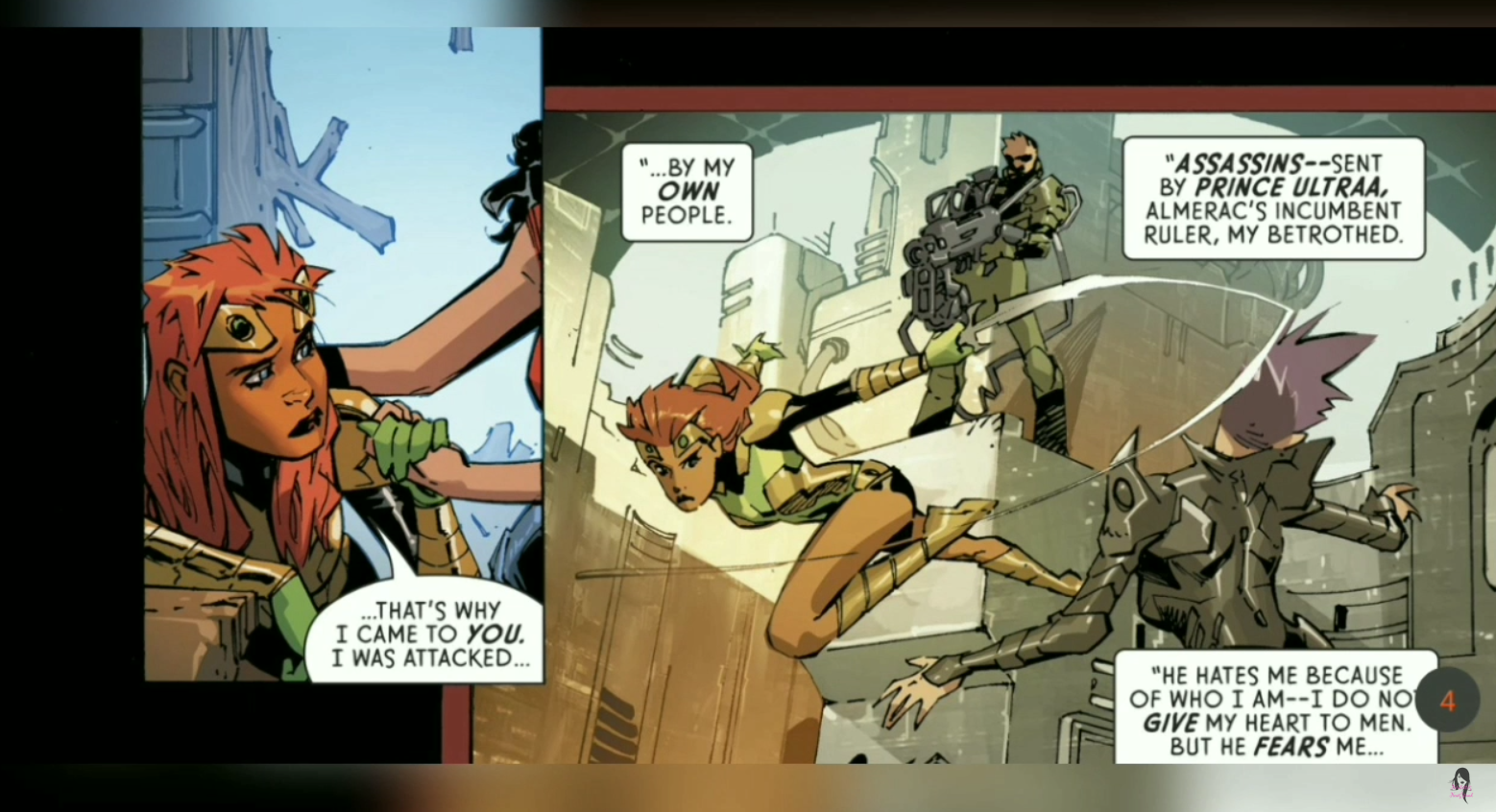 Maxima is gay by the way. Did you know? Well she is.

Oh, and she’s dating a black chick with purple hair. 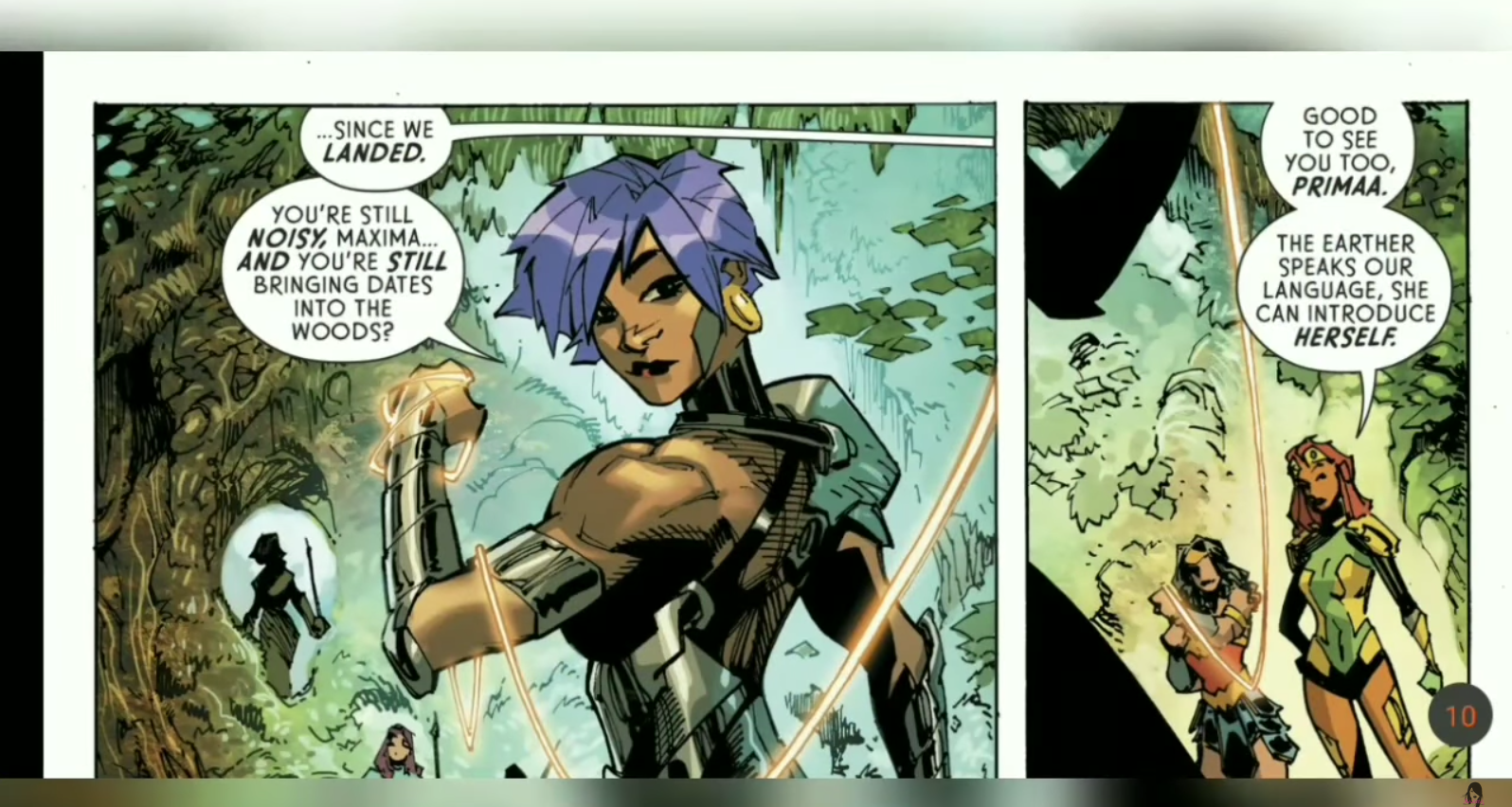 And did I tell you Maxima was gay? Because they really, really wanted you to know that.

In fact, they also wanted you to know that the Almaara civilization was formed by two lesbians. Yes, it turns out that heterosexual rulership was used to usurp the power from the lesbians.

You’re probably thinking that I’m using hyperbole, but I’m not… they literally explain it in the panel. 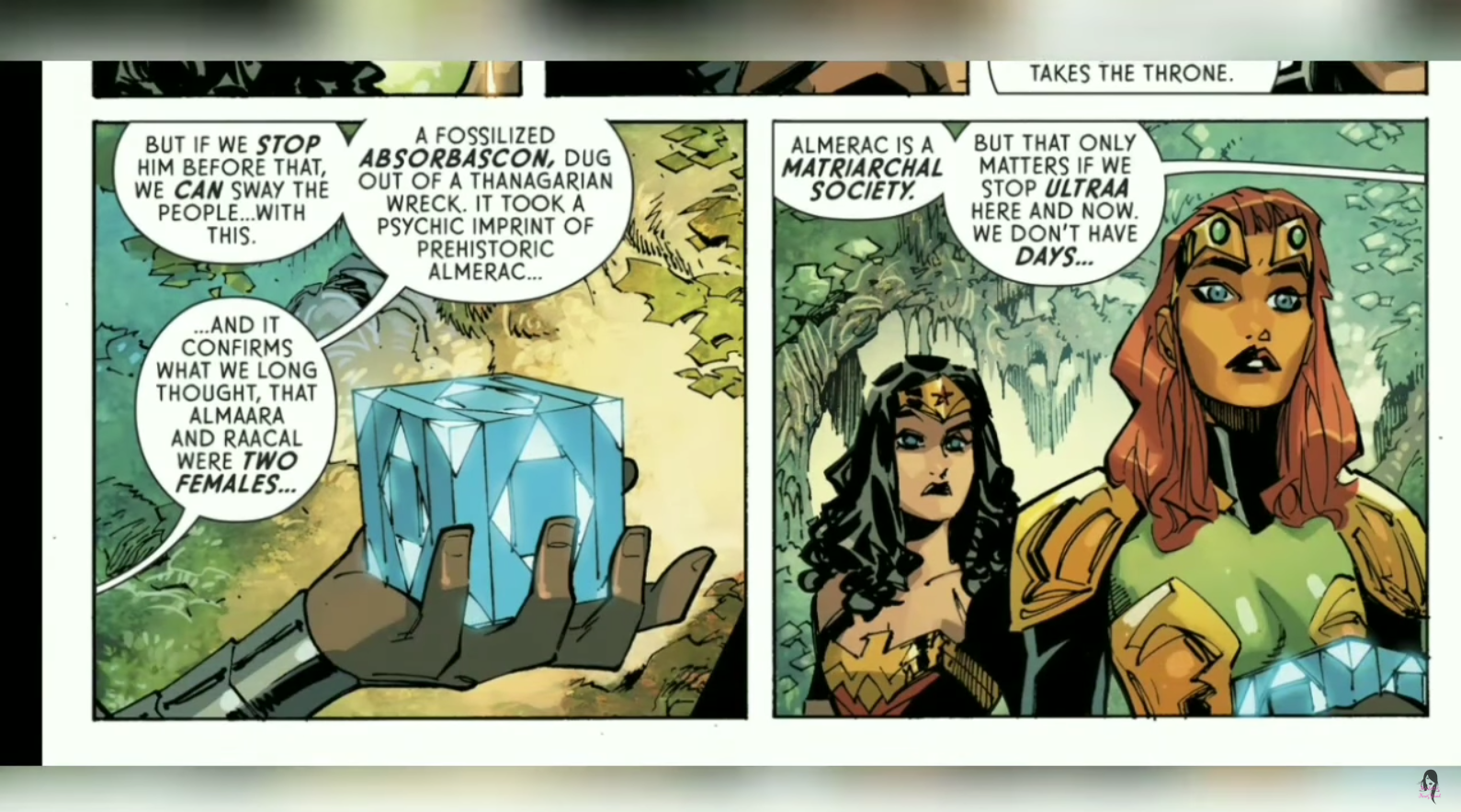 So the interracial lesbian duo has to curb stomp the straight white male from completing the coronation, and they embrace in a lesbian kiss in front of all the people to see as they chant Maxima’s name.

First of all, no properly functioning society would willingly want to upend a perfectly working system. Second of all, reorienting your society around lesbians will eventually led in a population drop-off. Unless you want to see your society shrink to nothing, maintaining a healthy heterosexual standard is the only way civilization will press onward.

We’re seeing right now in various first-world nations where they put degeneracy front and center how it completely destroys everything from infrastructure to basic hygiene, to municipal efficiency, to the degradation of social services. Heck, look no further than the poop and needle-filled streets of San Francisco as a perfect example of how a city collapses under the decadent weight of policies passed down from critical theory cultists.

But don’t take my word for it, read about San Francisco’s woes in a detailed report over on The National Interest.

Nevertheless, expect the Centrists™ to come out in droves to defend yet another character being forced into the Rainbow Reich’s LGBTQIA+ cultural conversion camp.